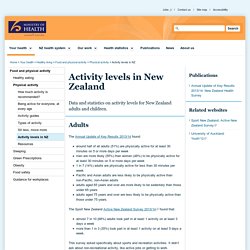 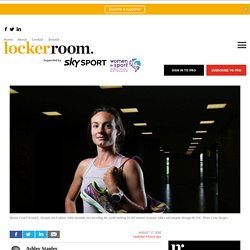 Ranked 556th in a cut-throat world: Stories from tennis’ other side - BBC Sport. Why grandmasters like Magnus Carlsen and Fabiano Caruana lose weight playing chess. Sep 13, 2019Aishwarya KumarESPN.com ONE WEEK IN early March, on a blustery, windswept day, Fabiano Caruana decides to get away. 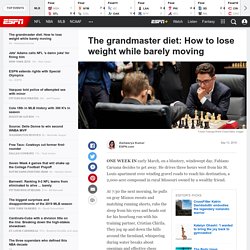 He drives three hours west from his St. Louis apartment over winding gravel roads to reach his destination, a 2,000-acre compound in rural Missouri owned by a wealthy friend. At 7:30 the next morning, he pulls on gray Mizzou sweats and matching running shorts, rubs the sleep from his eyes and heads out for his hourlong run with his training partner, Cristian Chirila. Football bans: Bad behaviour 'won't be tolerated' An Auckland footballer has been banned for a season for spitting on a referee, with two sides removed from competition for abusing match officials. 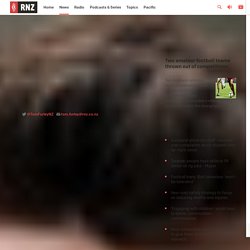 Photo: 123RF Manukau City Football club has pulled its division one men's team from the competition because of the attack on the referee. Another senior men's side, Ranui Swanson Football Club, has been forced out after a serious offence on 15 June. Scratched: Aotearoa’s Lost Sporting Legends. Introducing Scratched, an original web series that finds and celebrates the lost sporting legends of Aotearoa. 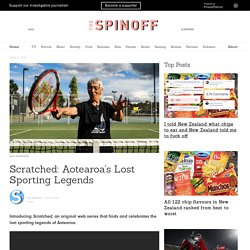 There are many sportspeople whose names are uttered regularly by New Zealanders, and whose stories have been told over and over again. But what about the athletes whose lives and careers have faded from the national memory? Māori pool master excited to take on the world's best. Matt Edwards of Ngāpuhi and Ngāti Kahu will this weekend realise one of his biggest sporting dreams when the World Pool Masters gets underway in Gibraltar. 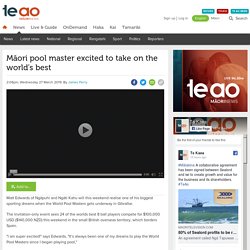 The invitation-only event sees 24 of the worlds best 8 ball players compete for $100,000 USD ($140,000 NZD) this weekend in the small British overseas territory, which borders Spain. "I am super excited! " They call him ‘No-Hit Singh’ Upstairs in a downtown Auckland office building, the Corporate Box was a strange and short-lived venue, kitted out as some sort of luxury stag weekend destination with pool tables, video games and a boxing ring. 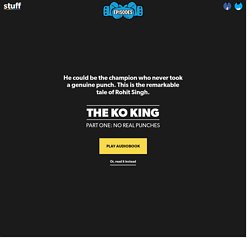 This was the location for Rohit Singh’s next two fights. The first, against Patrick Wise, is on YouTube with a backing track of someone crooning ‘Singh is king, Singh is king’. But that doesn’t drown out the laughter of the audience when Wise, a balding man who appears of Indian ethnicity, drops to the canvas in the first round from a glancing left hook.

Referee Lance Revill reaches two on the count then, looking unimpressed, waves the fight off. (Watch the footage as part of the audiobook at the top of this page.) Six weeks later, Singh returned to the Corporate Box on a card organised by the ambitious young promoter Craig Thomson. Sport concussion in New Zealand : ACC national guidelines. Sports drinks. The New Zealand coaching strategy taking coaching into the future : for coaches, by coaches. Improving the transition reducing social and psychological morbidity during adolescence / a report from the Prime Minister's Chief Science Advisor. The winner on the day : what about people that don't like sport? “A nation united,” screamed the headlines, after the Black Caps historic Cricket World Cup semi-final win. 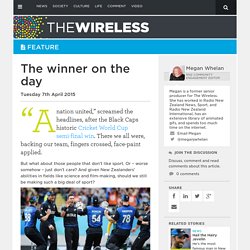 Why are so many people unwilling to share the road with bikes? The bikelash has a cost. 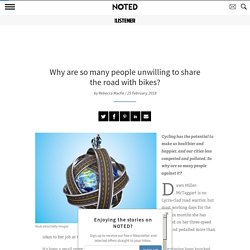 Opposition from the businesses soaked up $200,000 worth of council time. They wanted 53 on-street car parks reinstated, as well as other major engineering work in a proposal that would have cost $1.2 million. According to a submission by public health physician Alistair Humphrey, the provision of those car parks for the benefit of the businesses would have carried an equivalent capital cost of $30,000 each, a figure based on the Canterbury District Health Board’s cost of car-park construction. In the end, the council decided on some minor tweaks – budgeted at $210,000. Fixing Lucy. Boxer Saul 'Canelo' Alvarez signs $555 million deal - the largest contract in sports history. You have to keep fit to stay in gaming.

To make it as a professional gamer, players are increasingly hoping to hone their fitness as well as their gaming skills. 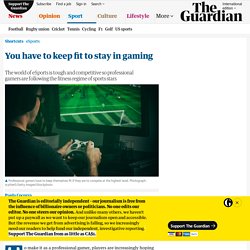 With the League of Legends world championships in full swing in South Korea, where tiny margins of performance make the difference between progression and elimination, many players enjoy the traditional accoutrements of sporting professionals, such as exercise regimes and eating plans. Carl Hapberg, who manages the London-based Fnatic teams, says all players are provided with a gym membership and access to a physiotherapist. After training sessions, the players go “on review” to analyse performance and perform stretching exercises. History making moment for NZ skateboarding. LockerRoom Skateboarding will make its Olympic debut in 2020, and Christchurch skater Krysta Ashwell is aiming to get there – with the help of a generous and history-making benefactor.

Suzanne McFadden reports. Krysta Ashwell has become accustomed to receiving an oversized men’s t-shirt or a pair of sunglasses as her prize at skateboard competitions. Sophie's choice to leave her life behind. LockerRoom. Exclusive: Independent investigation into High Performance Sport NZ, Cycling NZ already under fire. Ten days ago, a high-level investigation was launched into High Performance Sport and Cycling New Zealand to examine an alleged culture of bullying and inappropriate behaviour. 1 NEWS can reveal a HPSNZ employee has contacted someone someone who asked to be part of the investigation whose involvement was meant to be confidential.

Source: 1 NEWS HPSNZ chief executive Michael Scott said when the review was announced they would have nothing to do it. Russia Made The King Of Chess. The U.S. Dethroned Him. Midweek Fixture: Why New Zealand sport is fundamentally broken. In Formula 1, you have to be amazing just to be average. Netball: Silver Ferns captain to be decided through player vote.