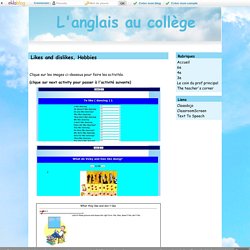 Storyboard That. Add Speech Bubbles To Photos - phrase.it. 321 Free Tools for Teachers - Free Educational Technology. The 31 Educational Web Tools Every Teacher Should Know about. Below is a list I have been working on for the last couple of days. 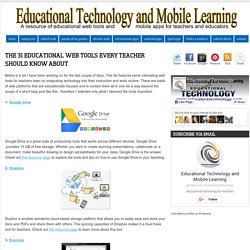 This list features some interesting web tools for teachers keen on integrating technology into their instruction and work routine. There are loads of web platforms that are educationally focused and to contain them all in one list is way beyond the scope of a short blog post like this , therefore I selected only what I deemed the most important. DocsTeach- Create your own Activity. Online Cloze Test Creator - Create gap-filling exercises, drag & drop, dropdown and multiple choice quizzes. Quiz Game Master - Create a Quiz. Top 25 Tech Tools for Teachers for 2015. Technology Evolves Quickly! 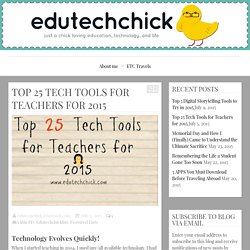 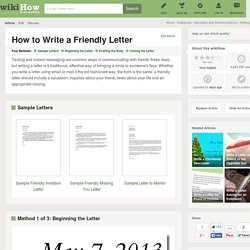 Whether you write a letter using email or mail it the old fashioned way, the form is the same: a friendly letter should include a salutation, inquiries about your friend, news about your life and an appropriate closing. Ad Steps Method 1 of 3: Beginning the Letter Helpful? Activities for correcting writing in the language classroom. How can teachers encourage learners to correct their own writing? 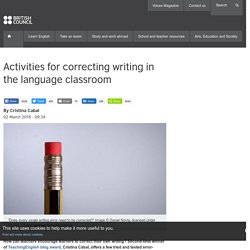 Second-time winner of TeachingEnglish blog award, Cristina Cabal, offers a few tried and tested error-correction activities. Does every single writing error need to be corrected? In the learning of a second language, this is a question that stirs up great controversy. While it is true that most spelling errors will disappear as learner proficiency increases, there are some persistent errors – mainly grammatical – which remain despite repeated efforts to correct them. In the following collection of error-correction activities for writing, the main aim is to get students to identify and correct writing errors taken from their own essays. The activities are fun and highly motivating, and because they are fast-paced, I would suggest going through the errors with the whole class a second time at the end to reinforce learning. Use 'grass skirts' Responding to students’ writing. 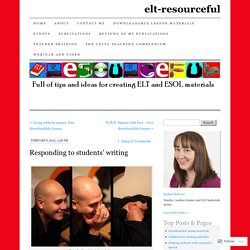 To begin with, it is very important to respond to the content of the writing as well as the form. Otherwise we risk being like this teacher: By Jon Marks, as featured in ETp. The Newspaper Clipping Generator - Create your own fun newspaper. Disney's 'Brave' Video Writing Prompts. K-2: Princess Comparison When you think of a prince or princess, what do they usually look and act like (either write out or draw your answer)? 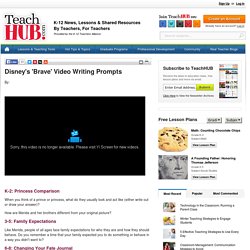 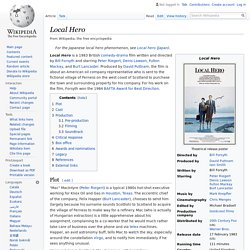 Produced by David Puttnam, the film is about an American oil company representative who is sent to the fictional village of Ferness on the west coast of Scotland to purchase the town and surrounding property for his company. For his work on the film, Forsyth won the 1984 BAFTA Award for Best Direction. Plot[edit] Writing. Cambridge English Write & Improve. 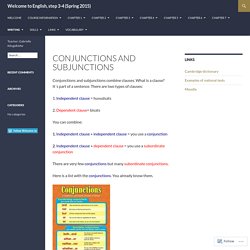 What is a clause? It´s part of a sentence. There are two types of clauses: 1. Independent clause = huvudsats 2. You can combine: 1. 2. There are very few conjunctions but many subordinate conjunctions. Here is a list with the conjunctions. Here are some subordinate conjunctions. So, what do they mean? TIME: when=när, while = medan, since =sedan, before =innan, after = efter att, until = tills/till (om tid), once = då(at the moment when) PLACE: Where = var/vart, wherever = varsomhelst, vartsomhelst CAUSE/EFFECT: because = eftersom, för att, since = eftersom, as=eftersom, now that=nu då, so that = så att.

Be a better writer in 15 minutes: 4 TED-Ed lessons on grammar and word choice. There’s no denying it — the English language can be mighty tricky. 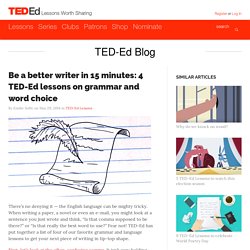 How to Write a Persuasive Speech in the Sixth Grade. Writing Exercises and Prompts. Short Story Generator. Giving an opinion. Writing an essay - Google Slides. How to Get Your Students Writing with Only 6 Words. We’ve all been told we need to bring writing into our art rooms. But, it can be difficult to find both the time and a way to create a meaningful connection between the two disciplines.

A few years ago, I came across the idea of 6-word stories and decided to give them a try in my classroom. The premise, which is to write a story using only six words, seemed like it might work well for our limited amount of time together. I had no idea if it would work well or not. Although my students balked a bit at first, once they gave it a try, the results were wonderful. - interactive and multimedia learning blocks.