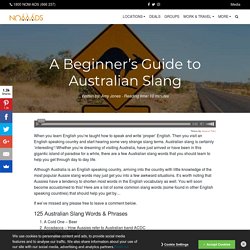 Then you visit an English speaking country and start hearing some very strange slang terms. Australian slang is certainly ‘interesting’! Whether you’re dreaming of visiting Australia, have just arrived or have been in this gigantic island of paradise for a while, there are a few Australian slang words that you should learn to help you get through day to day life. Although Australia is an English speaking country, arriving into the country with little knowledge of the most popular Aussie slang words may just get you into a few awkward situations. It’s worth noting that Aussies have a tendency to shorten most words in the English vocabulary as well. If we’ve missed any please free to leave a comment below. Form 3JL Ms.I.Vella WALKABOUT SUMMARY Pages 1 - 3 - Flip PDF Download.

Form 3JL Ms.I.Vella WALKABOUT SUMMARYWalkabout by James Vance Marshall tells the story of two American children, Mary andPeter, who are stranded in the Australian outback after a plane crash. 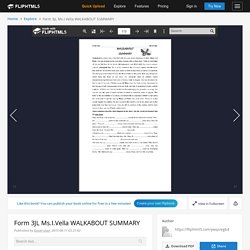 With no knowledgeof how to find food in the desert, their prospects look bleak until they meet a sixteen-year-old Aboriginal boy. He is on his walkabout, the six-month journey into the desertthat each boy of his tribe must make alone in order to pass from childhood to manhood.The changing relationships between the three children as they make their way through thedesert form the basis of the story.

An inevitable clash of cultures causesmisunderstandings between them and ultimately leads to tragedy. Form 3JL Ms.I.Vella. Rabbit Proof Fence Nov 10. Rabbitproof. RPFguide. The Rabbit Proof Fence of Australia. Stretching from north to south across Western Australia, dividing the entire continent into two unequal parts, is a flimsy barbed-wire fence that runs for a total length of 3,256 km. 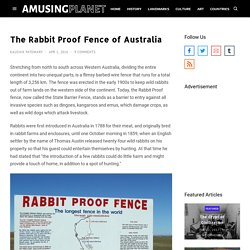 The fence was erected in the early 1900s to keep wild rabbits out of farm lands on the western side of the continent. Today, the Rabbit Proof fence, now called the State Barrier Fence, stands as a barrier to entry against all invasive species such as dingoes, kangaroos and emus, which damage crops, as well as wild dogs which attack livestock. Rabbits were first introduced in Australia in 1788 for their meat, and originally bred in rabbit farms and enclosures, until one October morning in 1859, when an English settler by the name of Thomas Austin released twenty-four wild rabbits on his property so that his guest could entertain themselves by hunting. At that time he had stated that "the introduction of a few rabbits could do little harm and might provide a touch of home, in addition to a spot of hunting. 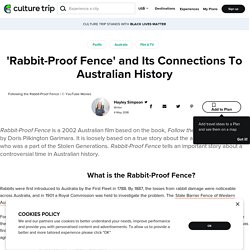 Rabbit-Proof Fence is a 2002 Australian film based on the book, Follow the Rabbit-Proof Fence by Doris Pilkington Garimara. It is loosely based on a true story about the author’s mother, Molly, who was a part of the Stolen Generations. Rabbit Proof Fence Nov 10. Rabbitproof. RPFguide. Travel To Australia. If you are planning to travel to Australia soon or even if you're just thinking about visiting us in the future you will want to know how to go about it and the steps to take. 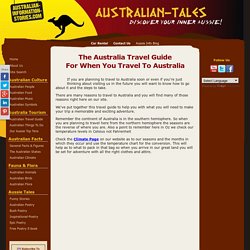 There are many reasons to travel to Australia and you will find many of those reasons right here on our site. We've put together this travel guide to help you with what you will need to make your trip a memorable and exciting adventure. Remember the continent of Australia is in the southern hemisphere. So when you are planning to travel here from the northern hemisphere the seasons are the reverse of where you are. Destination World. Endangered species. Rabbitproof. Search. Australia and New Zealand Expeditions 2019. Australia Country Profile - National Geographic Kids. A Fragile Empire.

This story appears in the May 2011 issue of National Geographic magazine. 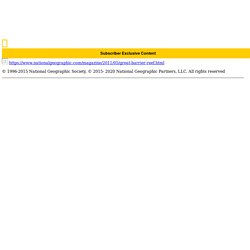 Not far beneath the surface of the Coral Sea, where the Great Barrier Reef lives, parrotfish teeth grind against rock, crab claws snap as they battle over hiding spots, and a 600-pound grouper pulses its swim bladder to announce its presence with a muscular whump. Sharks and silver jacks flash by. Anemone arms flutter and tiny fish and shrimp seem to dance a jig as they guard their nooks. Anything that can't glom on to something rigid is tugged and tossed by each ocean swell. The reef's sheer diversity is part of what makes it great.

Time and tides and a planet in eternal flux brought the Great Barrier Reef into being millions of years ago, wore it down, and grew it back—over and over again. West Meets Reef Europeans were introduced to the Great Barrier Reef by British explorer Capt. Cook's team had been exploring the waters offshore of what is now Queensland when the H.M.S. Expansion and Erosion A Rocky Course. Indigenous Australian Flags. The Australian Aboriginal Flag History The Australian Aboriginal Flag was designed by artist Harold Thomas and first flown at Victoria Square in Adelaide, South Australia, on National Aborigines Day in July 1971. It became the official flag for the Aboriginal Tent Embassy in Canberra after it was first flown there in 1972. Since then, it has become a widely recognised symbol of the unity and identity of Aboriginal people. In view of the flag’s wide acceptance and importance in Australian society, the Commonwealth took steps in 1994 to give the flag legal recognition.

In 1997 the Federal Court recognised Harold Thomas as the author of the flag. Aboriginal and Torres Strait Islander Flags - The Australian Museum. Indigenous Place Names - Classroom - BTN. Have you ever wondered how places got their names? 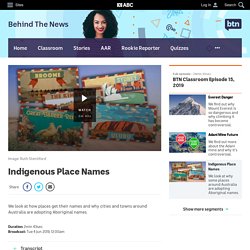 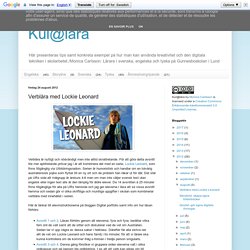