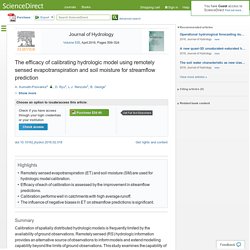 Efficacy of each of calibration is assessed by the improvement in streamflow predictions. Calibration performs well in catchments with high average runoff. Summary Keywords Copyright © 2016 Elsevier B.V. Calibration. 2007 Immerzeel FW69. RR140. Romaguera. Ganga Basin Science needs for water security. When dry is wet, what’s the problem? It seems obvious: if it’s called the Dry Zone it must be dry. 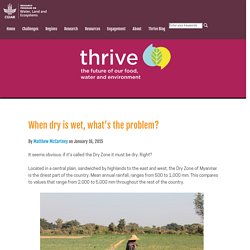 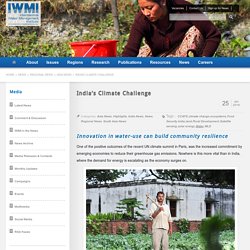 Nowhere is this more vital than in India, where the demand for energy is escalating as the economy surges on. Farmer in a farm field. Photo: Neil Palmer / IWMI India’s poorest are likely to be among those most affected by a changing climate, so a new approach to mitigation makes sense. But change itself is now inescapable – indeed many would argue that more erratic weather patterns are already evident across the sub-continent. The Indus and Ganges-Brahmaputra Basins Are Drying Up Faster Than We’d Like. The Indus Basin is the second most overstressed on the planet, its water levels falling by 4-6 mm/year The Indus Basin at Skardu. 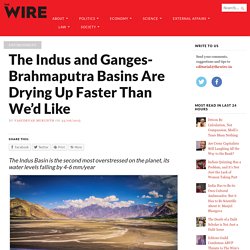 Photo: Adeel Shaikh (CC BY-NC 2.0) To the north, India is flanked by two giant groundwater aquifers – the Indus Basin to the west and the Ganges-Brahmaputra Basin to the east. Between them, they underlie a surface area of over 2.2 million sq. km and water from them supports the livelihoods of about 800 million people. That’s an area the size of the Democratic Republic of the Congo and the population of the United States, Indonesia, Brazil and Malaysia combined. If a recent NASA survey is to be believed, the two basins which hold up two among the world’s largest agricultural regions including India’s breadbasket are, in fact, running dry. Annual groundwater level decline rates of the 37 largest aquifers. The data supporting these alarming conclusions was collected by the twin Gravity Recovery and Climate Experiment (GRACE) satellites between 2003 and 2013. 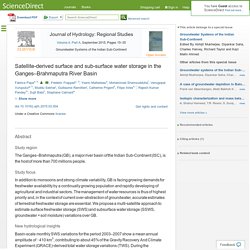 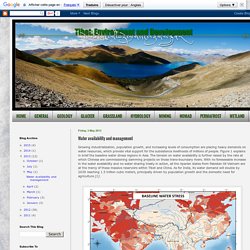 Figure 1 explains in brief the baseline water stress regions in Asia. The tension on water availability is further raised by the rate at which Chinese are commissioning damming projects on those trans-boundary rivers. With no foreseeable increase in the water availability and no water sharing treaty in action, all the riparian states from Pakistan till Vietnam are at the mercy of these massive reservoirs within Tibet and China. As for India, its water demand will double by 2030 reaching 1.5 trillion cubic meters, principally driven by population growth and the domestic need for agriculture [1]. TIWARI Prakash. How changes in rainfall and stream flows affect water security in the Indian Himalayan foothills. In Uttarakhand, as many as 450 new hydropower facilities are being developed rapidly and haphazardly. 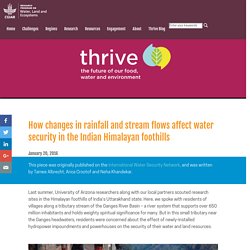