BlazeAid seeks volunteers to rebuild fences on 400 bushfire-affected farms. As clean-up and recovery efforts ramp up for flood-affected communities across New South Wales and Queensland, there are concerns that securing volunteers for bushfire recovery projects in the NSW Snowy Valleys could now be even more difficult. 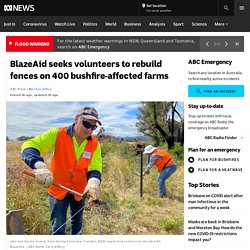 Key points: BlazeAid's Adelong camp, which reopened at the start of March, has just 15 volunteers400 farms still need help to rebuild fences following the 2020 summer bushfiresBlazeAid has replaced 455 kilometres of fencing in the NSW Snowy Valleys, but needs more volunteers BlazeAid reopened its camp at Adelong earlier this month as hundreds of farmers still need help to rebuild fences that were destroyed in the 2020 summer bushfires. The camp has a team of 15 volunteers, but acting camp coordinator Steve Matthews says triple that number are required to complete the outstanding work. Mr Matthews said the majority of volunteers at Adelong were grey nomads and retirees, but he would like to see more backpackers and local residents join the group. BlazeAid volunteer Mary Howarth spends decade helping farmers impacted by natural disasters.

Mary Howarth still thinks about a group of people stuck inside their property for 40 hours during the Bega Valley bushfire in 2019. 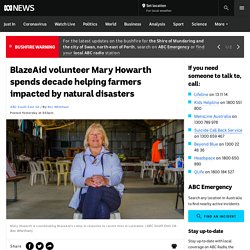 Warning: This story contains descriptions of natural disasters that some people may find upsetting "One of them was badly burnt. He was going in and out of consciousness, so they had to put him in the fish pond. " Confused about your JobSeeker requirements? You don't have to Work for the Dole - ABC News. Volunteer firefighter ranks expected to fall dramatically over blue card demand. Posted about 3 hours agoFri 31 Jan 2020, 11:05pm. 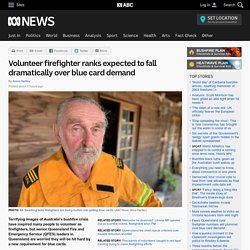 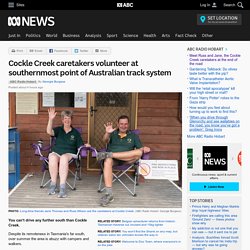 Despite its remoteness in Tasmania's far south, over summer the area is abuzz with campers and walkers. It's a long way from the United States where volunteer caretakers Russ Wilson and Jane Thomas normally call home. "We're at the end of the road. This is the southernmost point in the Australian road system, and a two-hour walk from here is the southernmost point in the Australian track system," Mr Wilson said. "We don't have a microwave, and we're off the grid, but we have everything we need. " It's not hard to see why the pair would make the almost 17,000 kilometre journey from home — Pennsylvania and Massachusetts.

"Cockle Creek is just lovely, it has beautiful beaches, clear water, and there's the opportunity to get out on the tracks," Mr Wilson said. Bushfires set the rhythm of my firefighting family and thousands just like us. By Erin Stewart Updated about 2 hours agoMon 6 Jan 2020, 11:12pm For the past 20 years, I have been part of a CFA family. 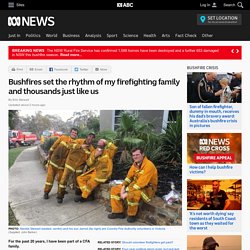 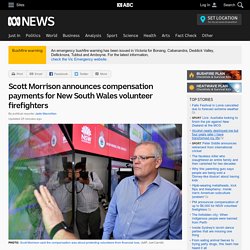 The payments of up to $300 per person, per day will be tax-free and not means-testedThe money will be made available before the end of JanuaryMr Morrison said other states and territories could request a similar scheme. Prime Minister Scott Morrison says volunteer firefighters with public sector jobs will get four weeks' paid leave - Politics. Updated about 4 hours agoTue 24 Dec 2019, 6:45am Volunteer firefighters who are also Federal Government employees will be given four weeks' paid leave in addition to existing entitlements to help contain the nation's bushfire catastrophe. 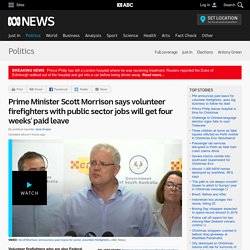 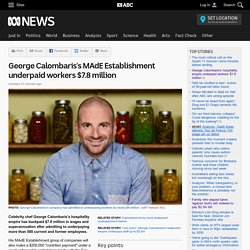 The workers were underpaid between 2011 and 2017MasterChef judge George Calombaris is a founding shareholder and former director of MAdEHe apologised to all affected team members and said the group was committed to "acting as a force for change" His MAdE Establishment group of companies will also make a $200,000 "contrition payment" under a court-enforceable undertaking made with the Fair Work Ombudsman. The Melbourne-based hospitality group self-disclosed the underpayment at its Press Club, Gazi and Hellenic Republic restaurants. Mother pleads for better safety after son killed at church working bee, fears it could happen again. Updated yesterday at 10:14amThu 11 Jul 2019, 10:14am The grieving family of a teenager killed while tree-lopping during a church working bee, west of Brisbane, is calling for better safety guidelines for volunteer labouring projects. 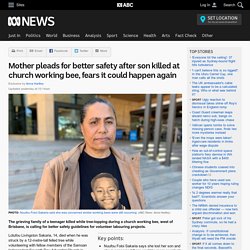 Key points: Nuufou Foloi Sakaria says she lost her son and she is concerned there could be more accidents in futureIpswich Magistrates Court will decide whether the Samoan Independent Seventh Day Adventist Church is liable over the teenager's deathThe church is arguing in court the volunteers were working independently, meaning it cannot be held liable Lotufou Livingston Sakaria, 14, died when he was struck by a 12-metre-tall felled tree while volunteering with fellow members of the Samoan Independent Seventh Day Adventist Church in 2016. His mother, Nuufou Foloi Sakaria, and her family were also at the working bee when the accident happened. "My son got killed. 'Invisible volunteering': The online army of millennials quietly contributing in regional communities. Updated about an hour agoWed 29 Aug 2018, 4:34am As volunteering faces a decline across Australia, the contribution of millennials may sometimes be overlooked, as a quiet online revolution happens among young people in regional communities. 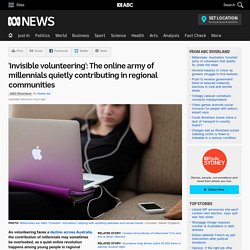