How TikTok Reads Your Mind. “This system means that watch time is key. 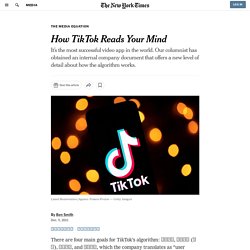 The algorithm tries to get people addicted rather than giving them what they really want,” said Guillaume Chaslot, the founder of Algo Transparency, a group based in Paris that has studied YouTube’s recommendation system and takes a dark view of the effect of the product on children, in particular. Mr. Chaslot reviewed the TikTok document at my request.

Phasing-out low fixed charge tariff regulations. [A man is looking at a computer screen and comparing 2 electricity plans – one plan is a low-use plan for households that don’t use much power, that other is a standard-use plan for high electricity use.] 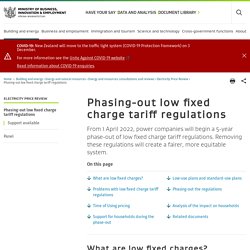 [Narrator:] “When you sign up with an electricity company, you can choose from either a standard-use or a low-use plan – depending on how much electricity you think you’ll use. Xtra Mail Inbox. RethinkingTimberBuildings (1) The Simplest Tool for Improving Cities Is Also Free. She formed the Riverbend Park Trust the following year. 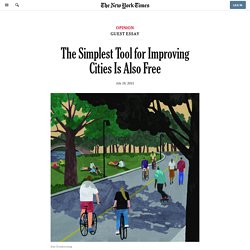 The group got permission to try out the idea, and held an enormous picnic in the street to celebrate. A small group of volunteers worked to raise the money to cover the basic expenses of Riverbend in its early form: portable toilets and park rangers. The Trust lobbied the Metropolitan District Commission to approve Riverbend one year at a time, before the idea’s momentum was sufficient to make it permanent. Since 1985, it has been managed by the Massachusetts Department of Conservation and Recreation. Time has long been a way to rethink the design of cities and spaces. Time can also be a transformative tool for redesigning spaces with more ambitious goals in mind, making the built world more accessible and equitable. Ordinarily an exhibition is designed to be visually and aurally dynamic, with plenty of interactive sounds and lights. In this way, a city might change its shape to adjust to its citizens’ changing needs. 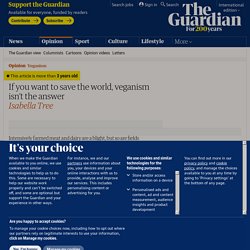 The animals live in natural herds and wander wherever they please. They wallow in streams and water-meadows. Daring to be digital. Active Citizens — SPLICE. What do participants on the first two pilot Auckland courses say? 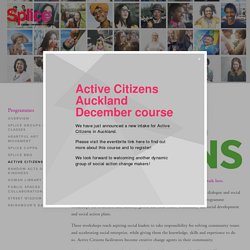 “As part of our plan I just took a small first step … I put a proposal forward to start a free breakfast in my class for children who come to school hungry. Parents on board, community on board, students excited! Thank you Active Citizens for giving me the courage to get out of the ideation stage and make it real!” - Renu – Active Citizens Course participant Auckland “It would definitely be a mark of disrespect if I don't thank the facilitators who were ready to accept whatever views and opinions I gave them over the weekend.

“Awesome, ataahua, tumeke love the whanau feeling the whole weekend with Active Citizens amazing course” - Hono – Active Citizens Course participant Auckland “Thanks everyone, I was so happy to spend my Easter inspired and learning with all of you wonderfully magical humans!’ Participatory City. Auckland Plan Future Scenarios. EllenMacArthurFoundation PolicymakerToolkit. Sapere Circular Economy report 9 May 2018. SBN CircularEconomyOpportunity ForAuckland. Auckland could make billions by adopting 'circular economy' - study. The Era of Ownership Is Ending. In the 20th century we got used to a certain way of thinking: if you needed something, you bought it.

MaaS is part of a trend called the “as a service” model. The framework began as a simple idea in software development, when companies started paying for access instead of buying permanent licenses for office programs. Now the same model is moving into the material world. Netflix, Spotify, AirBnb and Uber are all “as a service” companies. “As a service” models become more and more feasible when the number of sensors that surround us increases. This development is often called the “Internet of Things.” But when we consider the Internet of Things from the perspective of disappearing products and the increase in new service models, we can effectively conclude that it is, in fact, the “Internet of No Things.” What is so revolutionary about the “as a service” model then? Why is it good not to own things? There are two main reasons and these are related: First, ownership makes us lazy. Second, the planet cannot survive with us consuming so much stuff. It takes a large amount of natural resources to manufacture a car, house, or smartphone in the first place. We are now running out of those resources. That’s why digital “as a service” platforms show great promise. In the future the “as a service” model will revolutionise some areas of our lives that are completely unsustainable right now such as housing, mobility and communications. – barbaragrieve

Cars, houses, records, you named it. 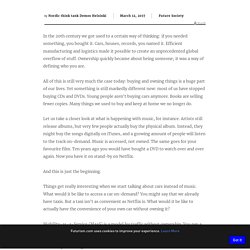 Efficient manufacturing and logistics made it possible to create an unprecedented global overflow of stuff. Ownership quickly became about being someone; it was a way of defining who you are. All Heart NZ. Home - Collaborative Economy. UN Global Compact Guide to Corporate Sustainability. Plan B - The B Team.