14 Most Famous Towers in the World (with Photos & Map) - Touropia. 10 Impressive Facts About China's Tallest Building - FieldLens. Image via Gensler Skyscraper fans, it’s time to start saving up for a ticket to Shanghai. 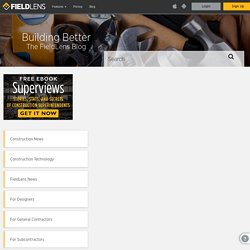 After 6 years of construction, China’s new tallest building has topped out at 121 stories and currently being prepped for occupancy, expected in 2015. Shanghai Tower - the Tallest Skyscraper in China. Shanghai Tower is in Lujiazui Finance and Trade Zone of Pudong, with Shanghai World Financial Center to the east and Jin Mao Tower to the north. 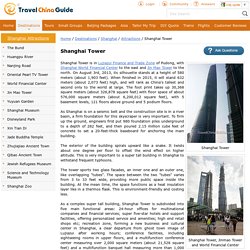 As Shanghai is on a seismic belt and the construction site is in a river basin, a firm foundation for this skyscraper is very important. To firm up the ground, engineers first put 980 foundation piles underground to a depth of 282 feet, and then poured 2.15 million cube feet of concrete to set a 20-feet-thick baseboard for anchoring the main building. Transportation: Shanghai Bus / Subway Search. 14 Most Famous Towers in the World. World's Tallest Buildings. NOTE: When a building is “topped out” (the point of construction when the structure has met its proposed structural top), the building is officially ranked and is placed on the list. 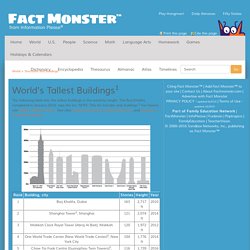 Height is measured from sidewalk level of main entrance to structural top of building. This includes spires, but does not include antennas or flagpoles. 1. The World Trade Center twin towers of New York City ranked fifth and sixth (at 1,368 ft and 1,362 ft) on this list until their destruction on Sept. 11, 2001. 2. 3. See also Tallest Buildings in the World Slideshow, World's Tallest Towers (towers are NOT included in the table above), Top Ten Tallest Completed Building Projects, 2006, and Architects. Leaning Tower of Pisa Facts - GK for Kids. The Leaning Tower of Pisa is amongst the most famous architectural landmarks of Italy.It is known as ‘La Torre Pendente’ in Italian. 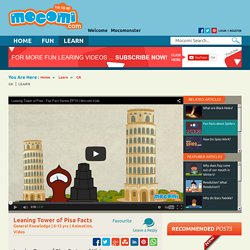 It is said that this tower was originally designed by an Italian architect Bonnano Pisano.It weighs around 14,500 tonnes and leans at a 10 degree angle. Facts and visitor information on the Tokyo Tower » The World Federation of Great Towers. Log in - Oddizzi. Fun Facts about the Leaning Tower of Pisa for kids *** Top 10 facts about the Tower of London. The Tower of London is one of the city’s most famous historical landmarks, and has a fascinating history. 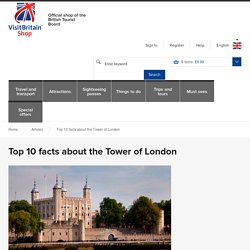 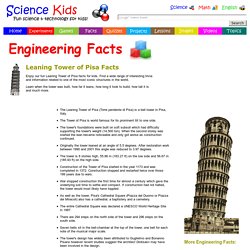 The Tower of Pisa is world famous for its prominent tilt to one side. The tower's foundations were built on soft subsoil which had difficulty supporting the tower's weight (14,500 ton). When the second storey was started the lean became noticeable and only got worse as construction continued. Originally the tower leaned at an angle of 5.5 degrees. After restoration work between 1990 and 2001 this angle was reduced to 3.97 degrees. 20 Interesting Facts on Supertall Skyscrapers. 1. 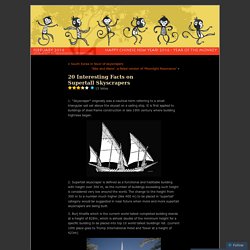 “Skyscraper” originally was a nautical term referring to a small triangular sail set above the skysail on a sailing ship. It is first applied to buildings of steel frame construction in late 19th century where building highrises began. 2. Supertall skyscraper is defined as a functional and habitable building with height over 300 m, as the number of buildings exceeding such height is considered very low around the world. The change to the height from 300 m to a number much higher (like 400 m) to be placed in ‘supertall’ category would be suggested in near future when more and more supertall skyscrapers are being built. 3. 4. 5. Eiffel Tower: Information & Facts. Whether you're lucky enough to have visited Paris or have only ever dreamed of going there, chances are you know of the French capital's most beloved landmark: the Eiffel Tower. 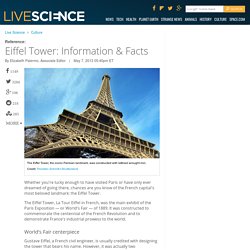 The Eiffel Tower, La Tour Eiffel in French, was the main exhibit of the Paris Exposition — or World's Fair — of 1889. It was constructed to commemorate the centennial of the French Revolution and to demonstrate France's industrial prowess to the world. Gustave Eiffel, a French civil engineer, is usually credited with designing the tower that bears his name. However, it was actually two lesser-known men, Maurice Koechlin and Emile Nouguier, who came up with the original drawings for the monument. Error loading player: No playable sources found. 10 Fun Facts about the Burj Khalifa. 20 Interesting Facts About Burj Khalifa. Burj Khalifa – world's tallest building is marvel of architectural genius of 21st century. 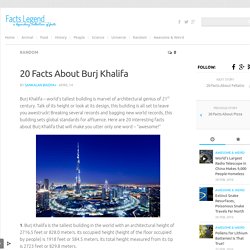 Talk of its height or look at its design, this building is all set to leave you awestruck! Breaking several records and bagging new world records, this building sets global standards for affluence. Here are 20 interesting facts about Burj Khalifa that will make you utter only one word – “awesome! " Fun Eiffel Tower Facts for Kids - Interesting Information about the Eiffel Tower. 6. Fun facts - Matthew CN Tower 2011. 10 amazing facts about the Petronas Twin Towers.