The prime minister, David Cameron, had committed an “obscene act with a dead pig’s head”, according to the Daily Mail. Why simple is sexy again. Free college won’t be enough to prepare Americans for the future of work. As the Democratic presidential candidates gather in Westerville, Ohio for the fourth primary debate on Tuesday, they would do well to acknowledge the growing public concern about the “future of work.” 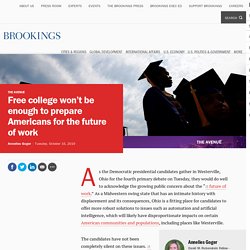 As a Midwestern swing state that has an intimate history with displacement and its consequences, Ohio is a fitting place for candidates to offer more robust solutions to issues such as automation and artificial intelligence, which will likely have disproportionate impacts on certain American communities and populations, including places like Westerville. The candidates have not been completely silent on these issues. Andrew Yang and Pete Buttigieg have elevated the potential problems of digital transformation and its tendency to exacerbate inequality. Under Neoliberalism, You Can Be Your Own Tyrannical Boss. A new study by Thomas Curran and Andrew Hill in the journal Psychological Bulletin finds perfectionism is on the rise. 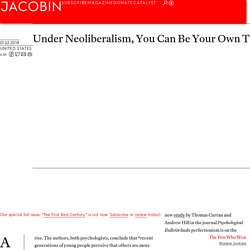 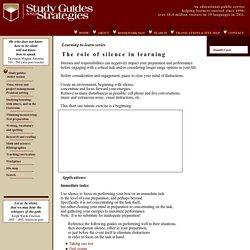 Before consideration and engagement, pause to clear your mind of distractions. Create an environment, beginning with silence, concentrate and focus forward your energies.Remove as many disturbances as possible: cell phone and live conversations, music and extraneous noise, visual distractions, etc. This short one minute exercise is a beginning: Applications: Thinking and memorizing; test preparation and taking menus. 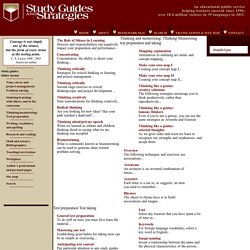 Home An educational public service helping learners succeed since 1996:over 10.4 million visitors in 39 languages in 2011. Study Guides and Strategies. Low IQ & Conservative Beliefs Linked to Prejudice. The News Literacy Project is teaching kids to stop fake news. The case for quarantining extremist ideas. The Next Recession Will Destroy Millennials. Kids of the 1980s and 1990s have had a new, huge, financially catastrophic demand on their meager post-recession earnings, too: a trillion dollars of educational debt. 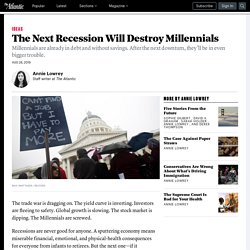 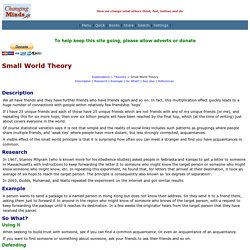 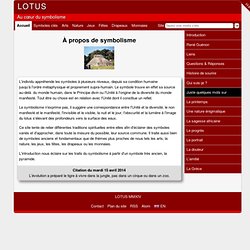 It is a time for laypeople to offer cloth for robes and other necessities to the monastic sangha. Kathina takes place every year in the four weeks following the end of Vassa, the rains retreat. Doomsday narratives about climate change don't work. But here's what does. What will food in our smart cities be like? Valider Urban farms, 3D-printed food, ‘super-foods’ concocted in laboratories... all these innovations herald a revolution in our eating habits and afford us a glimpse of what we might find on our plates in 30 years’ time. 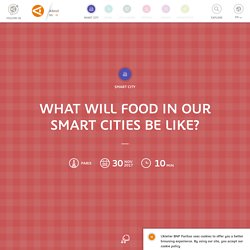 However, the future is likely to be somewhat different from what we envisage today. Tags Share The way we feed ourselves in the Smart City of the future will depend on much more than just technical innovation. ARE WE MOVING TOWARDS MASS URBAn AGRICULTURE? The Smart City as the new self-sufficient farming space? These rooftop farms soak up rainwater to stop sewage flowing into New York's rivers. High above the streets of New York, more than 36 tonnes of organic vegetables are grown every year. 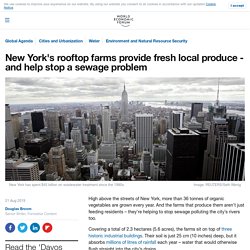 And the farms that produce them aren’t just feeding residents – they’re helping to stop sewage polluting the city’s rivers too. Covering a total of 2.3 hectares (5.6 acres), the farms sit on top of three historic industrial buildings. Their soil is just 25 cm (10 inches) deep, but it absorbs millions of litres of rainfall each year – water that would otherwise flush straight into the city’s drains. New York has long had a problem with what is known as Combined Sewer Overflow, where rainwater inundates water treatment plants causing the sewers to overflow directly into the Hudson and East River. Positive Disintegration. The Theory of Positive Disintegration (TPD) by Kazimierz Dąbrowski is a theory of personality development. Unlike mainstream psychology, Dąbrowski's theoretical framework views psychological tension and anxiety as necessary for growth.

These "disintegrative" processes are therefore seen as "positive," whereas people who fail to go through positive disintegration may remain for their entire lives in a state of "primary integration. " Advancing into disintegration and into the higher levels of development is predicated on having developmental potential, including overexcitabilities, above-average reactions to stimuli. U.S. Census Bureau.