Vegan Peanut Butter Cup Pie. If you follow me on Instagram, then you know we were in California last week driving down the coast, hunting redwoods, sipping wine and meeting Billy. 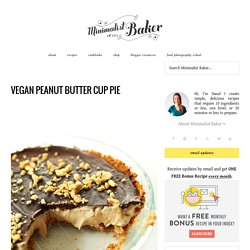 It wasn’t all just for fun, although we did have a blast. We were in San Francicsco filming a course all about food blogging! And guess what? It’s going to be available soon and we’ll gush all the details when it’s available. 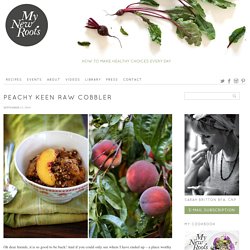 And if you could only see where I have ended up – a place worthy to be called a Sarah B-style paradise. Tee hee. Peachy Keen Creamsicles. Do any of you have the experience of reverting back to your childhood self when you go back home? 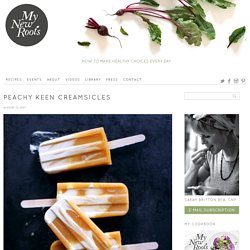 Well, I do. Something about being around my parents in my old house brings out the most juvenile side of me, and I find myself called to run through the sprinkler, catch fireflies, and eat things like creamsicles. How to Make Sweet Potato Caramel. When Brad Leone, our test kitchen assistant, told us that his thick homemade caramel sauce had only one ingredient, we didn’t believe him. 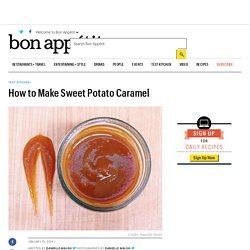 Easy Vegan Cheesecake. Peanut Butter, Jam, & Banana Soft Serve Popsicles + Blog News. Last weekend, as I was making banana soft serve, the idea struck me to use it as a base for a popsicle. 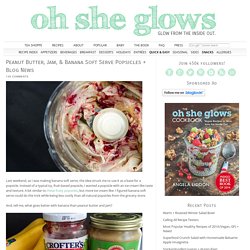 Instead of a typical icy, fruit-based popsicle, I wanted a popsicle with an ice-cream like taste and texture. A bit similar to these fruity popsicles, but more ice cream like. I figured banana soft serve could do the trick while being less costly than all-natural popsicles from the grocery store. And, tell me, what goes better with banana than peanut butter and jam? A little planning ahead will do you well with this recipe because you’ll need 4 peeled and frozen bananas to kick things off.

Roughly chop the frozen bananas and whirl in the food processor along with 3-4 tbsp of almond milk. Now we have amaaaazing peanut butter banana soft serve. Oh but it does. Now remove the bowl from the base of the processor and stir in 3 tbsp of your favourite jam and another tablespoon of peanut butter. Try to stop yourself from planting your face in the bowl. The Big Vegan Banana Split. Some days or weeks are imprinted in my memory forever and this was certainly one for me. 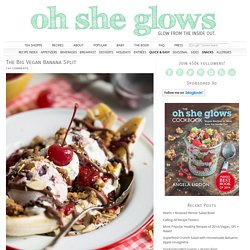 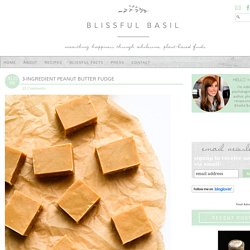 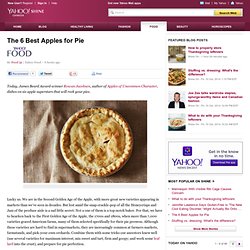 Lucky us. We are in the Second Golden Age of the Apple, with more great new varieties appearing in markets than we’ve seen in decades. But lost amid the snap-crackle-pop of all the Honeycrisps and Jazz of the produce aisle is a sad little secret: Not a one of them is a top-notch baker. Coconut Milk Rice Pudding with Citrus and Ginger recipe on Food52.com. Author Notes: Rice pudding is such a comforting dessert: sweet enough to satisfy any craving, but gentle enough to double as an indulgent breakfast or anytime snack. 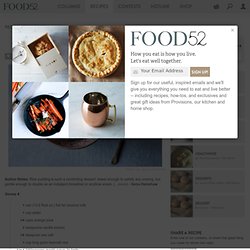 This recipe is a Community Pick!  Share this Recipe  Tweet this Recipe. Bananas Foster, On the Grill. Raw, Vegan Pecan Pie recipe on Food52. One-Ingredient Ice Cream 2.0: Flavors for Every Season. Gena Hamshaw of the blog Choosing Raw eats a mostly raw, vegan diet without losing time, money, or her sanity. 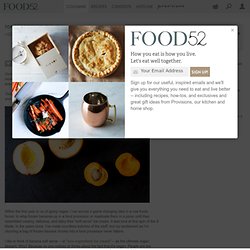 Let her show you how to make "rabbit food" taste delicious and satisfying every other Thursday on FOOD52. Today: In honor of Ice Cream Week, Gena celebrates the infinite adaptability of frozen bananas and shares a recipe for Dairy-Free Peach Pie Ice Cream. Within the first year or so of going vegan, I ran across a game changing idea in a raw foods forum: to whip frozen bananas up in a food processor or masticate them in a juicer until they resembled creamy, delicious, and dairy-free "soft serve" ice cream.

It was love at first spin of the S blade. Raw Blizzards. David Lebovitz's Chocolate Sorbet recipe on Food52.