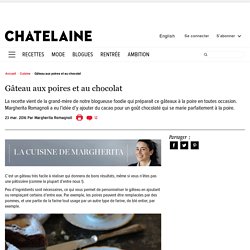 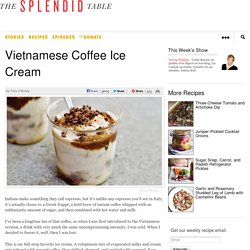 I’ve been a longtime fan of that coffee, so when I was first introduced to the Vietnamese version, a drink with very much the same uncompromising intensity, I was sold. When I decided to freeze it, well, then I was lost. This is my full-stop favorite ice cream. A voluptuous mix of evaporated milks and cream gets infused with ground coffee, then chilled, churned, and swirled with caramel. Easy peasy, that’s that, and you’re left with an ice cream worthy of any and all accolades. Note: Grind regular or decaffinated coffee beans to a medium grind. Chocolate fudge can take the place of the caramel.

Chevre Swirl Brownies. Decadent, rich and chocolatey but only 130 calories and 6 grams of fat per serving. 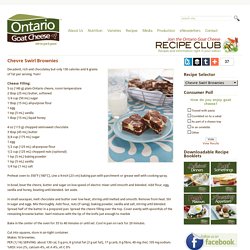 Kabocha Squash Pie. We prefer the sweet flavorful flesh of the kabocha squash over any other pie pumpkin. 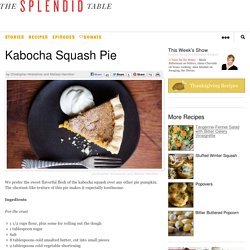 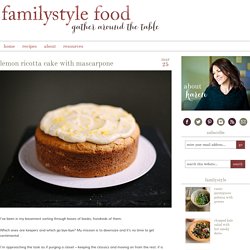 Which ones are keepers and which go bye-bye? My mission is to downsize and it’s no time to get sentimental… I’m approaching the task as if purging a closet – keeping the classics and moving on from the rest: if a cookbook hasn’t been cracked open in more than 3 years, out it goes. It gets tricky though, when the temptation to browse strikes. Nougat. I learned this nougat while working on the Bouchon Bakery cookbook, wherein executive pastry chef Sebastien Rouxel makes a version for the bakery. 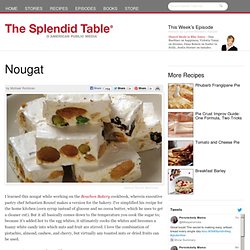 I've simplified his recipe for the home kitchen (corn syrup instead of glucose and no cocoa butter, which he uses to get a cleaner cut). But it all basically comes down to the temperature you cook the sugar to; because it's added hot to the egg whites, it ultimately cooks the whites and becomes a foamy white candy into which nuts and fruit are stirred. I love the combination of pistachio, almond, cashew, and cherry, but virtually any toasted nuts or dried fruits can be used. 3 cups/600 grams plus 1 tablespoon sugar 1/3 cup/100 grams light corn syrup 1/2 cup/120 milliliters water 1 cup/300 grams high-quality honey, preferably local to you 3 egg whites Pinch of salt 3 to 4 cups toasted unsalted nuts and dried fruit (a mixture of almonds, cashews, pistachios, hazelnuts, walnuts, dried cherries, cranberries, or anything else you choose)

Recipe Index. Naturally Sweetened Banana Bread. Why You Should Make Your Own Pumpkin Seeds Grocery stores everywhere are pushing pumpkins! Even if you aren't the jack-o-lantern type, don't let the opportunity for fresh DIY pumpkin seeds pass you by. Most store-bought pumpkin seeds are over-roasted and stale, which destroys the healthy unsaturated fats (and thus, many of the healthy properties) in the seeds.

Pumpkin seeds provide us with a wide spectrum of health-boosting antioxidants and minerals. The rare nutritional combinations they contain allow these modest seeds to offer many unique benefits that aren't available in other food sources. While many people are highly allergic to nuts, pumpkin seed allergies are much less common, making them an excellent substitute when you need a dash of nutty flavor or crunchy texture in healthy recipes, smoothies and nut-free spreads and dips. Pumpkin Scones with Cinnamon Butter. Stephanie Eddy, who writes about her baking exploits at clockworklemon.com, lives in Calgary. 2 cups (310 g) all-purpose flour 1 tsp baking powder. 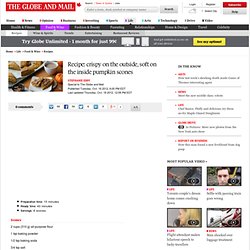 Enriched Poppy Seed Bread. It seems that the more basic a recipe is, the more people there are searching for it's perfect version. Everyone wants that moist, fluffy white cake recipe, the dark and delicious one-bowl chocolate cake recipe, and the no-fail go-to white bread recipe. For me the hunt is always on for the best enriched white bread recipe. Chai Cinnamon Buns - Tips and Tricks. I recently embarked on a cinnamon bun baking marathon while coming up with this Chai cinnamon bun recipe for my Globe and Mail column. And by 'marathon' I mean making cinnamon buns every evening for three weeks straight. If only my new year's resolution had been to eat as many cinnamon buns as humanly possible, then I'd be able to cross it off and bask in my accomplishment for the rest of 2013.

Over the course of the bun baking bonanza I took notes on what made the best cinnamon buns as well as which make-ahead method worked best with the dough. Mini-canelés bordelais. 1 Mettre le lait à bouillir avec l'extrait de vanille et le beurre. 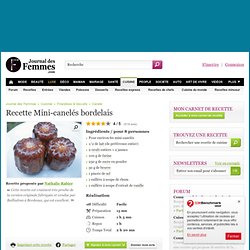 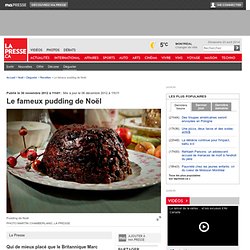 Ingrédients. Ябълков пай на рози. Rustic French Bread made with Levain Recipe. Oh SO Delicioso!: soft caramels. Here is a secret about me: I do not love chocolate. 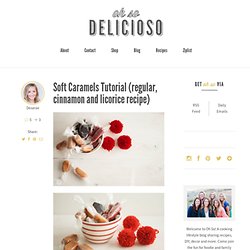 *gasp* If I’m in the mood, I like it, and I will devour it…But typically I choose chewy candy, caramels or salt snacks over chocolate. In High School my best friend’s family made the best caramels in the world. I loved going to her house and eating till my stomach hurt. I loved getting the “neighborhood gifts” from them and taking the stash to my room. They make reg, cinnamon and licorice caramels. all of them to die for. READ the TIPS below BEFORE you make the caramels….