Monetize and promote your mobile apps with ads – Google Ads 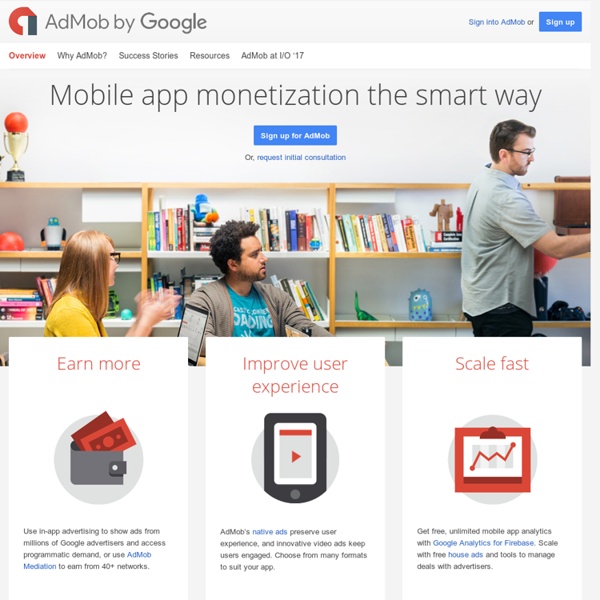 Internet Explorer Will Land On The Xbox 360 “This Fall” With Kinect Controls In Tow The announcements just keep pouring out of Microsoft’s press event at the Galen Center, so here’s another one to chew on — Microsoft has announced that a version of their Internet Explorer browser will make its way to the Xbox 360 some time “this fall.” “Internet Explorer coupled with the power of Xbox will for the first time deliver a fast, fluid, intuitive web experience in the living room,” Microsoft’s Marc Whitten said. Given that plenty of their announcements so far have made use of the Kinect, it shouldn’t come as a surprise that this one does too.

Launch, Land, Repeat: Reusable Rocket Technology Taking Flight Reusable rockets aren't just a spaceflight pipe dream anymore. SpaceX performed another high-profile rocket reusability test Tuesday (April 14) during the launch of its Dragon cargo capsule toward the International Space Station. The first stage of the company's Falcon 9 rocket came back down to Earth and nearly pulled off a soft landing on an "autonomous spaceport drone ship" in the Atlantic Ocean. "Looks like Falcon landed fine, but excess lateral velocity caused it to tip over post landing," SpaceX founder and CEO Elon Musk tweeted Tuesday. [See stunning video of the Falcon 9's landing attempt] SpaceX also tried such a rocket landing in January, during the launch of the previous Dragon cargo mission.

Publications Meeker Promises There Is Money In Mobile 05/31 Facebook's initial public offering cast a harsh light on its failure so far to monetize its immense mobile audience of 500 million worldwide. But it’s hardly the only company struggling to figure out how to make money off a rapidly growing mobile user base as more people adopt smartphones and tablets. In her annual Internet trends report presented Wednesday at the AllThingsD D10 conference, Mary Meeker underscored the upside for mobile monetization based on the history of ad growth on the desktop Web. Indeed, the Kleiner Perkins Caufield & Byers partner argues mobile is more promising than the mid-'90s era Internet in terms of rapid user growth, a large number of innovative developers and a broad base of sophisticated advertisers and marketers. With her trademark series of data-filled slides, Meeker also points to factoids showing that mobile monetization has grown from 153% annually from $700 million in 2008 to $12 billion last year.

Reusability: The Key to Making Human Life Multi-Planetary “If one can figure out how to effectively reuse rockets just like airplanes, the cost of access to space will be reduced by as much as a factor of a hundred. A fully reusable vehicle has never been done before. That really is the fundamental breakthrough needed to revolutionize access to space.” Shining the Light on Shadow, Adobe’s New Mobile Web Workflow Tool Today we’re excited to introduce a brand new offering – Adobe Shadow Labs Release 1, which enables Web developers and designers to work faster and more efficiently by streamlining preview and customization of websites for mobile devices. Mobile compatibility is a top demand of Web designers today, but we were hearing from the web community that building sites for mobile devices was a huge pain point in their workflow. The common process we heard was to manually key in the URLs on each device to check the layout and performance of each page of a site design – nothing short of tedious.

Ultimate Hacking Keyboard The keyboard for professionals. ● Increase your productivity by never leaving the home row. ● Improve your posture by typing on two, separate keyboard halves. ● Remap your keys in any way you want. ● Extend the UHK with add-on modules such as a trackball, trackpoint, touchpad, or a key cluster. ● Experience how a keyboard can be different, yet familiar. 7 usability guidelines for websites on mobile devices Mobile Internet is continuing to grow very quickly. These guidelines will help you create or improve your mobile user experience. 1. Reduce the amount of content