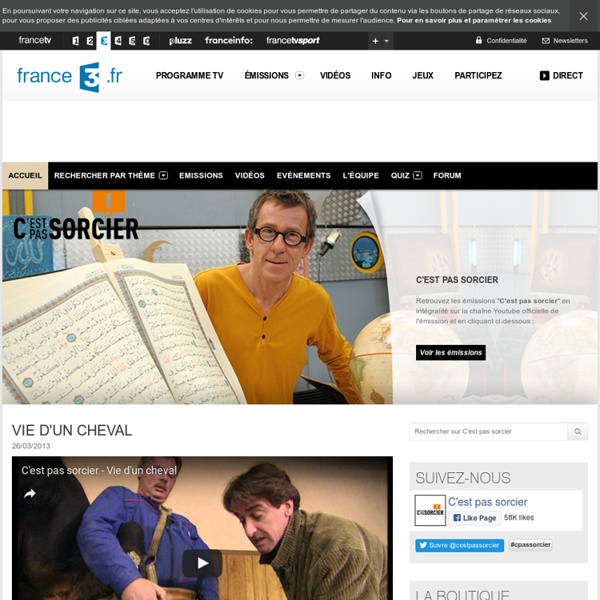 Tons of Classroom Examples Using Augmented Reality with @Aurasma - A Complete How-To Guide! How to Use Augmented Reality in Your Classroomthis post is read best via a desktop due to the embedded video content Augmented reality allows someone to add another layer to an existing image. For example, imagine holding your phone over a poster on the wall as if you were going to take a photo of that poster, and then instantly a video starts playing to offer you additional information about that particular poster. Pretty cool, right? The first time it happens, it seems like magic. 11 cheap gifts guaranteed to impress science geeks Science comes up with a lot of awesome stuff, and you don't need a Ph.D, a secret lab, or government funding to get your hands on some of the coolest discoveries. We've got a list of 11 mostly affordable gifts that are guaranteed to blow your mind, whether or not you're a science geek. Click on any image to see it enlarged. 1. Aerogel

Bring schools to life with Aurasma app The Magic of Bringing Information to life. I’m assuming you’ve seen at least one of the eight Harry Potter films. In the films, one everyday magical experience is that photos are always moving as if they were video screens, even though they are ‘printed’ on paper. Newspaper photos act out the news event as film too, whilst you walk down the road reading. It seems so magical and yet, like so many things these days , there’s an app for that! The Aurasma App (free) allows you to create what’s known as Augmented Reality (Real life with extra info added)

How I built an electricity producing Solar Panel Several years ago I bought some remote property in Arizona. I am an astronomer and wanted a place to practice my hobby far away from the sky-wrecking light pollution found near cities of any real size. In my attempt to escape city slicker yuppies (you know the kind, the ones that like to blab loudly on their cell phone while they work on some business administration degree in a cyber cafe somewhere in Trendyland.) and their light pollution, I found a great piece of remote property.

Project Build A Solar Panel: Step by step guide to building a solar panel with complete illustrations Introduction A solar cell's purpose is to generate electricity through the release of electrons from a material that is bombarded by electromagnetic radiation or photons. Most crystalline solar cells are sensitive to visible radiation from 400 - 700 nanometers, which correspond to 3.1 - 1.8 electron volts, of the visible region as shown by ACEPT W3 Group (1999) and also into the near infrared spectrum. As the wavelength of the electromagnetic radiation increases, the amount of electron volts decreases. This means that infrared radiation has less electron volts than the visible spectrum of light (because it has a larger wavelength than visible light) and ultraviolet and gamma radiation has more electron volts than both the visible spectrum of light and infrared radiation (because they have a smaller wavelength than both infrared and visible light).