The Official Site of the Detroit Lions 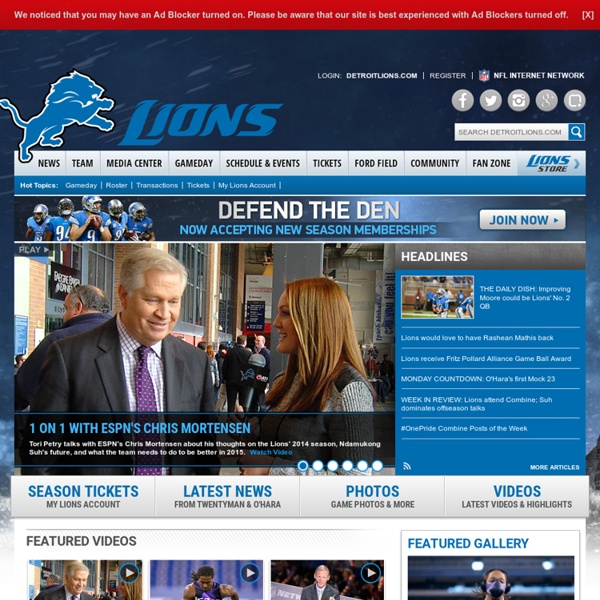 GooBing Detroit A garage in northeast Detroit deteriorates. Lady waving to the street view car in the first image, c. 2009. Nearby the Heidelberg Project, and in the style, though not sure if a Tyree or not. Why Don’t We Own This? This block is incredible. The New York Times visited this block during the Motor City Mapping survey: "Blight, as Karl Baker, one Detroit resident, has seen, tends to spread. Most of the houses nearby are standing but abandoned, and visitors have clearly passed through — empty liquor bottles lie along debris-covered floors near broken windows and doors, every memory of a metal appliance or gutter seems to be gone from some of the homes, and two old couches that were dumped along a lawn are now blanketed by a thick layer of snow. The last neighbor left six months ago, he said, and the single streetlight overhead has not worked for months. That’s a lotta washing machines… Just east of Osborn, in “Burbank”… if anyone actually calls it that. Source: Why Don’t We Own This?

Detroit Red Wings Detroit Titans Athletics John the Ripper password cracker John the Ripper is free and Open Source software, distributed primarily in source code form. If you would rather use a commercial product tailored for your specific operating system, please consider John the Ripper Pro, which is distributed primarily in the form of "native" packages for the target operating systems and in general is meant to be easier to install and use while delivering optimal performance. This version integrates lots of contributed patches adding GPU support (OpenCL and CUDA), support for a hundred of additional hash and cipher types (including popular ones such as NTLM, raw MD5, etc., and even things such as encrypted OpenSSH private keys, ZIP and RAR archives, PDF files, etc.), as well as some optimizations and features. Unfortunately, its overall quality is lower than the official version's. To verify authenticity and integrity of your John the Ripper downloads, please use our PGP public key. There's a wiki section with John the Ripper user community resources.