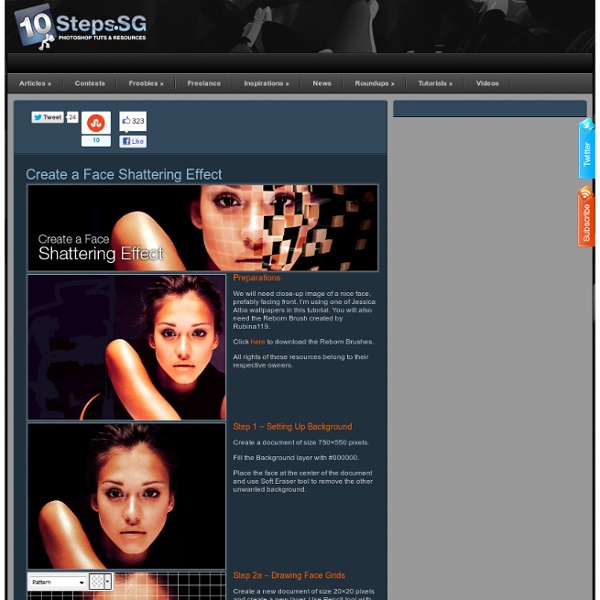 Setting up a server - BukkitWiki Preliminary notes Note: In this guide we refer to the server file as craftbukkit.jar but the file you download may be named differently. The file name used in your start script must match the name of the file you download. Note: Unless you have a multi-homed machine and know what this means/requires, server-ip= in server.properties MUST remain unchanged from default and be blank. Note: When running a server for the first time, errors will show up. Note: The Bukkit server is intended as a complete replacement for the official Minecraft Server downloaded from Minecraft.net and is not normally ran at the same time on a single computer. Windows 1. 2. 3. java -Xmx1024M -jar craftbukkit.jar -o true PAUSE 4. Note: With some programs such as Notepad, it may try saving as run.bat.txt. 5. 6. If you see "'Java' is not recognized as an internal or external command, operable program or batch file." then you need to reinstall Java. Linux 1. 2. 3. 4. 5. #! 6. 7. 8. Mac OS X Community Guides

The creation of “A Life Of Aquatic Sounds” In this tutorial I will show you how I created “A Life Of Aquatic Sounds”. We will realize it using a variety of blending mode tricks, photo filters and other useful Photoshop techniques. At the end of this process we will have a beautiful photo manipulation, realized in a short time and a very easily way. Preview: Become a Premium Member and get unlimited access to source files and premium resources for only 7$/month. Step 1 In this step we will cover the beginning of our manipulation, simple document creation and placement of the base stock image as well as the hue change. Once you have your stock, go ahead and place it into your document as I have done below. We will change the hue of the liquid from red to blue. Our image now looks like the this one: Step 2 In step two, we will drop our background in, and use a few simple blending modes and techniques to simplify the isolation process so it takes no time at all. Our composition should now look like this one: Now it looks much better!

Create a Shiny Earth with Photoshop 3D Layers In this tutorial I'll show you how to create a shiny planet icon using the 3D features of Photoshop CS4 Extended. This will cover basic information about 3D layers and texture maps. Let's get started! Video Tutorial Our video editor Gavin Steele has created this video tutorial to compliment this text + image tutorial. Step 1 Create a new document which is 1000 pixels wide and 500 pixels high at a resolution of 300 pixels/inch, with a name of "Home." Step 2 We'll be using some texture for our planet. Step 3 Now go to 3D > New Shape From Layer > Sphere. Step 4 The "Earth" layer is now a 3D layer and a cube icon is displayed in the Layers Palette. Step 5 Grab the 3D Rotation Tool, click on the canvas, hold and drag to rotate the sphere and adjust it as you wish. Step 6 The edges of the sphere look aliased at the moment. Step 7 Now click on the Global Ambient Color box and set the color to R:100, G:100, B:100 and hit OK. Step 8 We'll now add a bump map to our planet. Step 9 Step 10 Step 11 Step 12 Step 13

40 Incredibly Inspirational Retro & Vintage Photoshop Tutorials The memories of yesteryears invoke in us a sense of nostalgia as we long for the days gone by when life seems so much simpler. Technology was not as advanced as it is today, and things were changing at a slower pace. Retro and vintage years usually refer to the decades before our present day, up to the last century. Images of the early 1900s to the 1980s comes into mind as we think about the designs of this era. Even though retro and vintage designs, as the names suggest, are technically outdated, many of us still turn to them for inspiration. These designs are still very much appreciated today due to its nostalgic value. For this very reason, we have combed the web for a number of Photoshop tutorials on retro and vintage designs. Old Fantasy Map via Vile Works Abstract Retro-Pop Wallpaper via Tutorial 9 Realistic Burnt Parchment 3D Retro Strip via Photoshop Tutor Creating the New Retro via Computer Arts Awesome Retro Collage via 10 Steps Retro Pop Art Stunning Old-World Look Old World Wax Seal

PET - CyberWiki Thanks for visiting the CIS PET wiki. This is meant to be a list of free technologies aimed at empowering Internet users to gain better control over their data. It's very simple to add an entry---just click the "edit" tab, copy and paste the previous entry, and substitute the name, description, and address. Abine - A Firefox / Internet Explorer plugin that blocks third party advertising networks, manages HTTP, DOM, and Flash cookies, and securely manages site logins. There are also a variety of resources describing or otherwise devoted to privacy enhancing technology. Berkman Center - Harvard's Berkman Center has put together this comprehensive report on the state of technologies that circumvent government monitored Internet connections.

» Drawing an Abstract Lightbulb - Photoshop Tutorial at PSDRockstar.com Hello again, in this tutorial I want to cover a couple of techniques, namely Glows using layer stylesStroking pathsParticles using brush dynamicsBokeh effect The PSD and full size image can be found at the bottom of this post and we’re going to draw a lightbulb: Create a new document, 1600×1200 and fill the 1st layer in black. Then set your primary colour to white and set your brush hardness to 0% and a size of 30. Create a 2nd layer and then use the pen tool to draw the coils of the lightbulb. Add inner and outer glows to the resulting line to produce a suitable glow effect. Next we’re going to create the particles around the coils. Create a new layer, then with these brush settings, paint around your coils. Use the techniques demonstrated in steps 1 and 2 to draw the edges of the lightbulb in new layers. Now we’re going to add some colour to the interior of the lightbulb. Next we’re going to add a bokeh effect. And that’s pretty much it. Final Image Leave a Reply

Realistic Smoke Effect Photoshop Tutorials Adobe Photoshop, as we all know is rightfully regarded as the Swiss knife of designers all around the world. With Photoshop, you can literally create all kinds of illustrations that you previously only dream about! With this fantastic tool, you can virtually create any effect you want. It’s like an infinite canvas of your dreams. Pin it Smoking is damaging to health they say, indeed, but with Photoshop who needs real smoke? Below the promised showcase of awesome smoke effect Photoshop tutorials. Create Smoke TextMixing type and a smoke image to create a really nice abstract wallpaper. Smoke EffectHow to create smoke effect in 30 seconds. Manipulate Smoke to Create Hyper-Real ImagesLearn to apply the Warp Tool effectively and a few other tricks to make smoke look like a skull. Creating Smoke Like EffectsHow to create subtle smoke-like effect. Smoke Fading EffectSmoking hot girl with smoke fading effect. Photoshop Smoke Tutorial Smokin’ Hot Babe Tutorial Creating Smoke Quick smoke tutorial

How To Render a Dramatic 3D Wood Cup in Photoshop In this basic tutorial, you'll learn how to create a 3D cup from scratch in Illustrator, how to apply some texture to it in Photoshop, and also how to use the Vanishing Point filter to mock-up a scenario and apply realistic shadows. Final Image Preview Before we get started, let's take a look at the image we'll be creating. Step 1 This is a beginners tutorial, for this we're going to use two of the most popular filters Displace and Vanishing Point. Let's get it started. Step 2 Revolve our shape to make it spin from the left or right side, you can see a detail tutorial about using this technique over at VECTORTUTS: Working with 3D Objects and Transparencies to Make a Vector Cola Bottle Design, but as this is a Photoshop tutorial I'll keep it simple. Go to Effect > 3D > Revolve, in the popup dialog click on More Options and set the following values: Angle at 360º, Offset 0px from the Right Edge, Surface of Plastic Shading, and Blend Steps set at 100. Step 3 Step 4 Step 5 Step 6 Step 7 Step 8 Step 9

handwriting tips You’ve decided you want to improve your handwriting and you’re probably hoping a fountain pen will do the trick -- maybe a friend told you it would. Maybe you’re just adventurous and you want to try your hand at calligraphy (or you might, once your handwriting improves). Good for you! A fountain pen may make your writing look a bit better, but if your writing looks as if frenzied chickens got loose on the page, chances are this won’t be enough. Most likely, you’ll need to retrain your arm and hand. After coaching handwriting and teaching calligraphy over the years, I’ve learned to see the characteristics of those who’ll be able to pick up the necessary motions quickly from those who’ll have to work a bit harder. Crampy, uneven letters are often the result of drawing the letters with the fingers rather than using the whole arm to write. People who inevitably have trouble with handwriting and calligraphy write with their fingers. It will take time to re-train muscles and learn new habits.

Break Dancer – Photoshop Tutorial I didn’t publish an abstract tutorial for a long time but today I’m bringing you a really cool tutorial written by Ricardo a Brazilian graphic artist who has a passion for abstract designs. He was featured on the Advanced Photoshop magazine and he wrote this tutorial exclusively for PSD Box. Learn how to create a really cool abstract dancer artwork in Photoshop. Enjoy. Final result preview Stock images For this tutorial I used a stock image from depositphotos. Let´s create the background with width:1000px x height:1500px, RGB color and 72dpi. Time to add some texture in our background. Step 3 Now add more depth. Step 4 Create a new layer and name it squares ground , add squares in your ground using custom shapes.Now, ( press U ) and choose the Custom Shape tool. Then once again press ( ctrl+t ) distort/perspective your shape. When you finish set the layer mode to Overlay , clik in the layer mask icon and apply a Linear Gradient (press G) to mask the top side as as shown below. Step 5

Photo editor online - Pixlr.com edit image Counter-Rotating Spirals Illusion More Java applets here. If your browser supports Java, you should see an animated image above (generated by a Java applet embedded on the page). Otherwise, you should see a static image. Instructions for Viewing the Illusion: Sit about 50 cm (20 inches) from the screen. The User Interface: Start/Stop Button The Start/Stop button starts/stops the applet's rotation thread. Detach/Attach Button The Detach Button detaches the applet from the Web page and places the applet in its own frame window. Speed Control The Speed Control varies the speed of the animation in a range of 1 through 120 RPM. History of this Illusion The illusion is an example of the "Motion Aftereffect" phenomenon. This effect was described in the early 19th century by R. In 1935, the artist Marcel Duchamp produced a set of 12 rotating optical illusions called Rotoreliefs. In the 1970's, a number of Psychologists were actively studying the phenomenon. Jerry says: "I was aware of the spiral disc that gives that after effect. Dr.