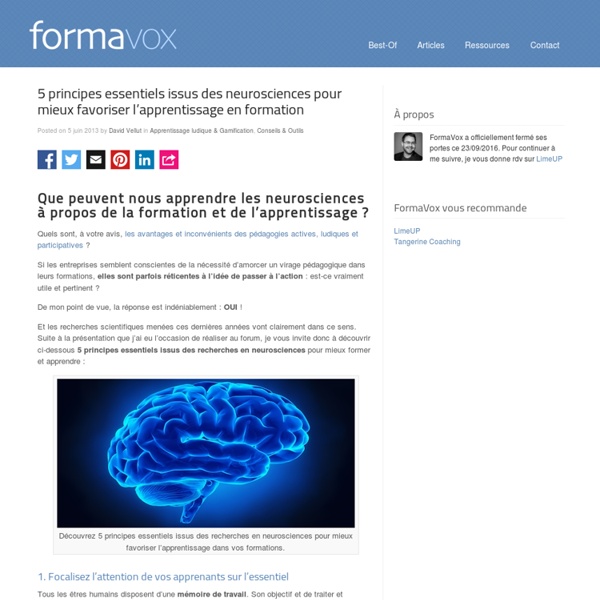 Creativity Becomes an Academic Discipline Photo IT BOTHERS MATTHEW LAHUE and it surely bothers you: enter a public restroom and the stall lock is broken. Fortunately, Mr. Lahue has a solution. It’s called the Bathroom Bodyguard. Christina Grimmie, a former contestant on the singing competition The Voice, was shot and killed by a man while signing autographs after an Orlando, Florida show Friday night. According to CNN, the man was armed with two guns, and fatally shot himself after being tackled by Grimmie's brother. Hours before the show, 22-year-old Grimmie posted an excited video on Twitter, telling fans about the performance at the Plaza Live theater. Grimmie performed at the show with the band Before You Exit, according to authorities, and had stopped along with the group to meet with fans after the show. Grimmie, who started off on YouTube and amassed a huge following, made it to the Top 3 on season 6 of The Voice.

8 Characteristics Of A Great Teacher 8 Characteristics Of A Great Teacher by Ian Lancaster What makes a teacher strong? Robert Sternberg Robert Sternberg (born December 8, 1949) is an American psychologist and psychometrician. He is Professor of Human Development at Cornell University.[1] Prior to joining Cornell, Sternberg was president of the University of Wyoming.[2] He has been Provost and Professor at Oklahoma State University, Dean of Arts and Sciences at Tufts University, IBM Professor of Psychology and Education at Yale University. He is a member of the editorial boards of numerous journals, including American Psychologist. He was the past President for the American Psychological Association. Sternberg has a BA from Yale University and a PhD from Stanford University, under advisor Gordon Bower. He holds thirteen honorary doctorates from two North American, one South American, one Asian, and nine European universities, and additionally holds an honorary professorship at the University of Heidelberg, in Germany.

Five-Minute Film Festival: Classroom Makeovers to Engage Learners Most educators have little choice about the (usually) over-crowded, (often) unappealing rooms they teach in -- but they intuitively know that the spaces children spend their time in can have an effect on how they learn. I've gathered a collection of videos to explore the questions: How important is environment to learning? And what small changes can you make in seating, organization, lighting, and decor to build your own space into a better place to teach and learn? Video Playlist: Innovative Learning Spaces

Map Your Mind - Whose #BRAINCHILD are you? Map Your Mind shows which areas of the brain are associated with particular attributes or behaviors, based on the latest scientific research. The data that powers Map Your Mind comes from peer-reviewed, scientific studies published in reputable academic journals over the last decade. Many of the studies employ fMRI technology to measure blood flow and areas of fluctuating activity in the brain. A special thank you to Moran Cerf, Ph.D., a leading researcher in behavior, emotion and decision making at Northwestern University, and Kevin Weiner, a specialist in perception and cognition at Stanford's Vision & Perception Neuroscience Lab and the Institute for Applied Neuroscience, for their advice and guidance. “Liz Taylor As Cleopatra In Rome 1962” Credit: Keystone-France / Getty

How The Memory Works In Learning How The Memory Works In Learning By Dr. Judy Willis, M.D., M.Ed. Teachers are the caretakers of the development of students’ highest brain during the years of its most extensive changes. As such, they have the privilege and opportunity to influence the quality and quantity of neuronal and connective pathways so all children leave school with their brains optimized for future success. This introduction to the basics of the neuroscience of learning includes information that should be included in all teacher education programs.

Multi Store Model of Memory Saul McLeod, published 2007 The multistore model of memory (also known as the modal model) was proposed by Atkinson and Shiffrin (1968) and is a structural model. They proposed that memory consisted of three stores: a sensory register, short-term memory (STM) and long-term memory (LTM). Information passes from store to store in a linear way, and has been described as an information processing model (like a computer) with an input, process and output. Information is detected by the sense organs and enters the sensory memory.

Let's Keep Learning (Even When It's Less Convenient) - Leading, Learning, Questioning December is nearly upon us, and as we work through the last few weeks of the semester in what can often feel like a sprint to the finish, I think it’s important for us to remember that if we expect our students to continue their learning, it only makes sense that we should lead in that way as well. That’s easier said than done (for both students and for educators), but it’s a worthwhile goal nonetheless. Goals like this don’t just happen, though. If we want to look back on the next three weeks and be able to say we thrived during this time rather than that we simply survived the time between our breaks, we need a plan. Reading is something that has really helped me slow down when the pace of life feels too fast. Finding that time away, that white space as I’ve come to call it after a series of especially impactful #leadupchat conversations over the past few weeks (Here’s the LINK to the storify from the chat that kicked that conversation if you’re interested.)

Exposure to the Functional Bacterial Amyloid Protein Curli Enhances Alpha-Synuclein Aggregation in Aged Fischer 344 Rats and Caenorhabditis elegans : Scientific Reports We have shown that exposure to bacteria producing a functional extracellular amyloid protein enhances aggregation of AS in brain neurons in aged rats and in muscle cells in nematodes. In gut neurons the exposure increased levels of AS in the submucosa. The mechanism of these effects may involve upregulation of protein expression, which is well known to enhance aggregation.

Unpacking the Problem of Unmotivated Online Students Recently, I received this message from a college professor in response to a blog post I wrote: “I truly believe in the benefits of online learning; but only for those who really want to learn. And unfortunately, those students are few and far between—maybe 5 to 10 percent ... I have found many professors at my university and at conferences agree with this. We need to develop some sort of a methodology whereby taking an online course is seen as a privilege and an opportunity to learn a subject more deeply than in a face-to-face class. Until we do this, online course [sic] will continue to be considered by students as the easy way out—not seen, not heard, just getting by.”

Serial Position Effect Saul McLeod, published 2008 Some of the strongest evidence for the multi-store model (Atkinson & Shiffrin, 1968) comes from serial position effect studies and studies of brain damaged patients. Experiments show that when participants are presented with a list of words, they tend to remember the first few and last few words and are more likely to forget those in the middle of the list. This is known as the serial position effect. What is orgasm? A model of sexual trance and climax via rhythmic entrainment Adam Safron, MSc* Department of Psychology, Northwestern University, Evanston, IL, USA Orgasm is one of the most intense pleasures attainable to an organism, yet its underlying mechanisms remain poorly understood. On the basis of existing literatures, this article introduces a novel mechanistic model of sexual stimulation and orgasm. In doing so, it characterizes the neurophenomenology of sexual trance and climax, describes parallels in dynamics between orgasms and seizures, speculates on possible evolutionary origins of sex differences in orgasmic responding, and proposes avenues for future experimentation. Here, a model is introduced wherein sexual stimulation induces entrainment of coupling mechanical and neuronal oscillatory systems, thus creating synchronized functional networks within which multiple positive feedback processes intersect synergistically to contribute to sexual experience.