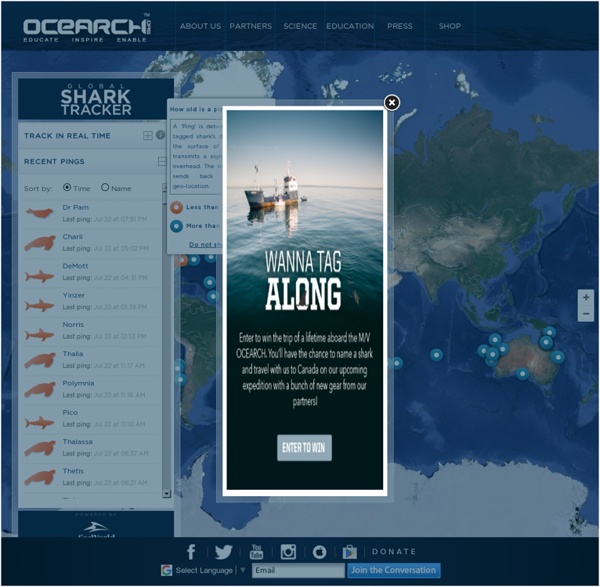 How Science Turned a Struggling Pro Skier Into an Olympic Medal Contender - Wired Science Saslong.org/R.Perathoner Steven Nyman is poised at the starting gate, alert, coiled, ready. A signal sounds: three even tones followed by a single, more urgent pitch, sending Nyman kicking onto the Val Gardena downhill ski course. He pushes five times with his poles, accelerating as quickly as possible, stabbing the snow frantically. He skates forward with abbreviated strokes, neon green boots moving up and down, his focus on building as much momentum as possible. Nyman is feeling good.

Natural Inquirer >> About Us The Natural Inquirer is a middle school science education journal! Scientists report their research in journals, which enable scientists to share information with one another. This journal, The Natural Inquirer, was created so that scientists can share their research with middle school students. Each article tells you about scientific research conducted by scientists in the USDA Forest Service. Find out more about the USDA Forest Service. All of the research in this journal is concerned with nature, trees, wildlife, insects, outdoor activities and water. Global warming 'may lead to smaller fish' - Climate Change - Environment Warmer oceans will carry less dissolved oxygen, causing fish to grow to smaller sizes and forcing them to move to cooler waters, the research published in the journal Nature Climate Change claims. Scientists predict that a rise in global temperatures over the coming decades will cause the average body size of sea fish to decline by between 14 and 24 per cent. The predication is based on a study of more than 600 species of saltwater fish, including the Atlantic cod and the North Sea haddock. About half of the shrinkage will be due to changes in the distribution and abundance of fish caused by changes to their environment, and half will be the direct result of living in oxygen-poor water. Species living in tropical and intermediate-latitude oceans will suffer the most, with an average reduction in weight of more than 20 per cent, according to the study by William Cheung and colleagues at the University of British Columbia in Vancouver, Canada.

The bacteria that turns water into ice Meet Pseudomonas syringae, a bacterium that causes disease in plants and helps make snow machines work. It all has to do with ice nucleation — the process that forms ice crystals in the atmosphere and, thus, snow. You probably know that raindrops and snowflakes form around something. There's always a central nucleus that serves as the backbone of the water molecule structure. Usually, when people talk about this process, they use soot or some other kind of particulate matter as the example of what a nucleus can be. But bacteria can also become the nucleus of a snowflake.

North Sea cod: Is it true there are only 100 left? 29 September 2012Last updated at 19:16 ET By Hannah Barnes & Richard Knight BBC News If recent reports are to be believed, the North Sea cod's days are numbered. But should we believe these reports? What do the experts say about the numbers of fish that are left? The Daily Telegraph recently ran the headline: "Just 100 cod left in the North Sea". It sounded fishy. Is the Universe a Simulation? Photo Gray Matter By EDWARD FRENKEL IN Mikhail Bulgakov’s novel “The Master and Margarita,” the protagonist, a writer, burns a manuscript in a moment of despair, only to find out later from the Devil that “manuscripts don’t burn.” While you might appreciate this romantic sentiment, there is of course no reason to think that it is true. Nikolai Gogol apparently burned the second volume of “Dead Souls,” and it has been lost forever.

Sea Shepherd Cries Foul Over Western Australia Shark Cull October 1, 2012 It’s Time for the Fear-Mongering to End by Julie Andersen, Director, Shark Campaigns Tiger Shark caught in shark net Photo: Mark AddisonIn response to current reports that officials in Western Australia are to begin waging war on sharks by initiating a cull of any sharks swimming near beaches in the region, Sea Shepherd Conservation Society is crying foul. College - Experience it Firsthand In September 2013, Berry’s original bald eagle couple was once again seen on the Berry College campus in the vicinity of the nest in a tall pine tree situated between the main entrance and the parking lot of the Steven J. Cage Athletic and Recreation Center. The couple spent several months repairing and adding to the nest and catching fish and coots in the nearby Berry quarry, Oostanaula River and Garden Lakes in Rome. An egg was produced on January 14, 2014, followed by a second egg on January 17.

Endangered Species of the Week: Atlantic halibut Atlantic halibut (Hippoglossus hippoglossus) Species: Atlantic halibut (Hippoglossus hippoglossus) Status: Endangered (EN) The smartphone app that could rescue the world's plankton Phytoplankton are the microscopic plant-like cells that float in the sea’s sunlit surface. They underpin the marine food chain and controversy over their stocks means it’s necessary to better understand their existence across the globe. To combat the lack of data on phytoplankton levels, colleagues at Plymouth University and I initiated a project to map them in oceans across the world. Lacking the manpower to do this on our own, we are enlisting seafarers across the globe to get involved in the project. Phytoplankton are the ocean’s main producers – their abundance determines the productivity at every step of the marine food chain above them. This means they determine the numbers of fish in the sea, crabs on the seashore, seabirds in the sky and polar bears on the ice.

Some At-Risk Shark Species Are Ending Up In U.S. Soups By April Fulton | NPRFriday, August 10, 2012 Sharks are some of the most feared and fascinating animals on the planet. They've had their own week of awareness-raising and celebration on the Discovery Channel for the last 25 years. But some say they are also delicious — as in the Chinese delicacy — shark fin soup. As we've reported before, shark finning to meet demand for the soup is a booming business: An estimated 73 million sharks are killed each year. In the U.S., several states have taken steps to block sales of the crunchy, salty soup, which can sell for up to $100 a bowl.

Did Life On Earth As We Know It Come From ‘Geological Life’? Want to stay on top of all the space news? Follow @universetoday on Twitter Hydrothermal vents. Venezuela Ends Shark Finning, Creates Protected Area Washington Pew applauds action to ban shark fishing in critical breeding habitat Resources:Press photos Venezuela set forth a series of measures this week to protect sharks within its waters. Most significantly, commercial shark fishing is now prohibited throughout the 3,730 square kilometers (1,440 square miles) of the Caribbean Sea that make up the popular Los Roques and Las Aves archipelagos, whose pristine beaches and coral reefs make it a diving and fishing attraction. Dying to Live: Terrorism, War, and Defending One's Way of Life by Kenneth Vail, Matt Motyl, Abdolhossein Abdollahi, Tom Pyszczynski Kenneth Vail III University of Missouri at Columbia Matt Motyl