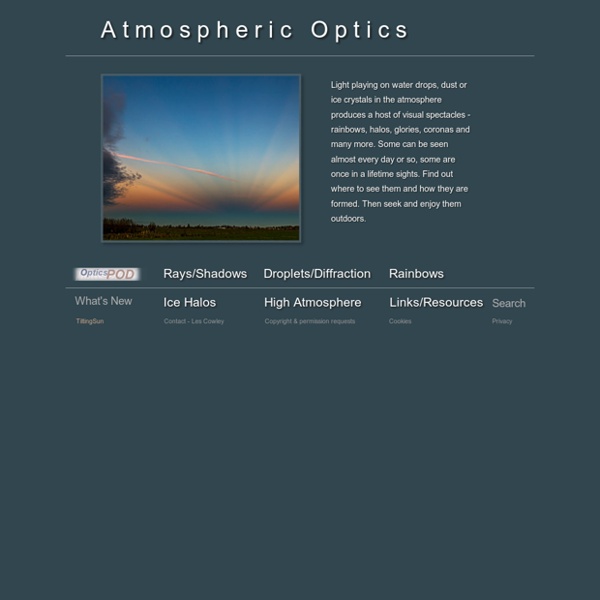 What causes tornadoes? Americans know tornadoes like no one else. The U.S. averages at least 10 times more twisters each year than any other country on Earth, and their intensity is infamous — the worst can be a mile wide, rotate at 300 mph and plow along at 70 mph. Yet despite being target practice for these atmospheric power drills, America's tornado mythos is still cloaked in mystery and misunderstanding. That's understandable, considering tornadoes' stealthy nature — sudden appearances, erratic behavior and brief lifespans make them elusive subjects to study — but science has nonetheless learned a lot in recent decades. Tornadoes can occur any time of year, but they wage all-out war on the U.S. during spring and summer. How tornadoes work Tornadoes produce the strongest winds on Earth, but they owe all their energy to the chaotic clouds that birth them. Before a thunderstorm forms, winds begin quickly changing speed and direction. Where and when tornadoes strike How to survive a tornado

Cabinet of Wonders Feng shui Feng shui ( i/ˌfɛŋ ˈʃuːi/;[1] i/fʌŋ ʃweɪ/;[2] pinyin: fēng shuǐ, pronounced [fɤ́ŋ ʂwèi] ( )) is a Chinese philosophical system of harmonizing everyone with the surrounding environment. Historically, feng shui was widely used to orient buildings—often spiritually significant structures such as tombs, but also dwellings and other structures—in an auspicious manner. Qi rides the wind and scatters, but is retained when encountering water.[3] Feng shui was suppressed in mainland China during the cultural revolution in the 1960s, but since then has increased in popularity. Modern reactions to feng shui are mixed. History[edit] Origins[edit] Cosmography that bears a striking resemblance to modern feng shui devices and formulas appears on a piece of jade unearthed at Hanshan and dated around 3000 BC. Beginning with palatial structures at Erlitou,[12] all capital cities of China followed rules of feng shui for their design and layout. Early instruments and techniques[edit] Foundation theories[edit] East

The Nine Planets Solar System Tour Gitzo GT1542T Safari Tripod 4sec. - Statieven & Monopods - Foto Gitzo GT1542T Safari Tripod 4sec. GT1542T tripod combines the compactness and light weight of the Gitzo Traveler System with the stability and size of a regular Mountaineer Series 1 tripod. It is dedicated to the high-end user seeking for a highly portable support with no compromise. Groud level set - This new feature allows you to remove the centre column to save weight and get the camera closer to the ground. G-lock - G-Lock is the new Gitzo leg locking system. Reversible column - The rapid column can easily be inverted for an alternative shooting angle or low level macro work. Hook - This built-in accessory allows you to hang a stabilizing weight (e.g. a full camera bag or a sand/water bag) from the bottom of the tripod centre column. Power disk - The new tripod upper disc is called 'Power Disc'. ALR - We have introduced a new Anti Leg Rotation system, which means the tripod can be opened in less than 15 seconds. Lees minder

The story of the Gömböc September 2009 Play this movie to see the Gömböc wriggle. This article is also available as a podcast. A Gömböc is a strange thing. Balancing act The defining feature of a Gömböc is the fact that it's got just two points of equilibrium: one is stable and the other is unstable. A Gömböc made from plexiglass. "It's a bit like putting a ball on a hilly landscape," says Domokos, "if you put the ball down at a generic point, it will always roll off in the same direction, down into the valley. To give it its full mathematical description, a Gömböc is a three-dimensional, convex and homogeneous object with exactly one stable point of equilibrium and one unstable point of equilibrium. Doubtful existence An ellipse has two stable and two unstable points of equilibrium. The reason why many people thought that Gömböcs didn't exist is that in two dimensions there is no convex shape with only two points of equilibrium. A geometric stem cell "This is intuitively clear," says Domokos. Mathematical field work

Plot of the Inner Solar System The plot below shows the current location of the major planets (Mercury through Jupiter) and the minor planets that are in the inner region of the solar system. Also available is a view of the innermost region of the solar system. The plot is of the same form as the plot on this page. An animated version of this plot is available from our Animations page. This plot must not be reproduced without the express written consent of the Minor Planet Center. The orbits of the major planets are shown in light blue: the current location of the major planets is indicated by large colored dots. In this view, objects in direct orbits (most of the objects in this plot) move counterclockwise and the vernal equinox is towards the right. Back to minor planet lists and comet lists.

Photographing Textiles | c u r i o u s w e a v e r I love to photograph my own textiles and here is the method I have devised afer years of trial and error. It’s another good excuse to deeply look at textiles. I like low, natural lighting so I always photograph on a bright but cloudy day. This is more for Australian conditions as the light here is very bright and throws strong, deep shadows. I just set up near a window, which sometimes has to have greaseproof paper taped to it to soften the light. I use a good digital SLR camera with a tripod and remote shutter release. I use a manual setting on the camera with the aperture set at F16. To make sure the exposure is good I take a photo either side of the chosen setting (called bracketing).