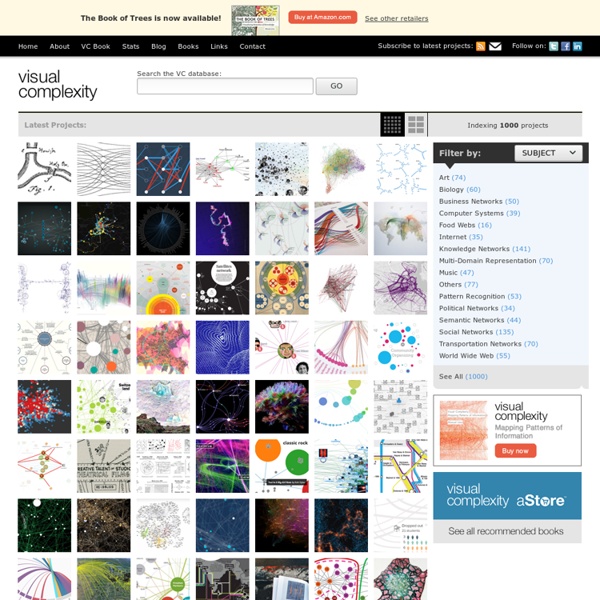 Pictogram rock posters This is my most ambitious, and maybe also the best, personal work I’ve done so far. I decided to pick a few bands and artists from the rock genre and make pictogram posters for them. Instead of just putting one single pictogram in each poster, like in my previous ‘Pictogram music posters’, I made as many as I could possibly come up with for each artist, and jammed them into one single poster. There is a total of 234 song pictograms in these posters. I started this project Jan 15th 2012, so I’ve been working on this for about five months. 12 Websites for Royalty Free Stock Photos for Business Advertising 12 Websites for Royalty Free Stock Photos for Business Advertising One of the most common questions I get is: "Where can I get free photos or royalty free stock photos for business advertising, marketing, etc?" The answer is not so obvious since each business has its own unique need. What is the quality and/uniquesness of the photograph needed?

featured projects Quantified Other Five weeks of my father's Nike Fuel data Tatelets Generative bracelet based on artworks from Tate Modern Threads gestion densité de données Following Spain’s recent victory in the European football championships, the country erupted into celebration, with tens of thousands taking to the streets of city centres to cheer and dance in the fountains. Festivities in the days following made travelling through the centre of Madrid near impossible, with traffic on some streets cut off to make way for the returning heroes’ open-top bus. Currently, Madrid’s centralised traffic planning is a matter of keeping a watch on cameras to react to specific events or adverse weather conditions in order to decide whether to make contingency plans. Martin Méndez, the founder and chief executive of Bitcarrier, a Barcelona-based technology company, hopes that this style of traffic management is at an end. Bitcarrier, founded by Méndez in 2006, is in the vanguard of using Bluetooth and wifi signals generated by mobile telephones and global positioning system devices to provide highly intricate, real-time traffic information to cities.

A Collection of Printable Sketch Templates and Sketch Books for Wireframing At the beginning of a web (or application) development project I always create the sketches first. While sketching can be done on a blank paper, it’s much better to use a sketch template. For me that is the best and most productive way to work on and improve my ideas before application development begins (and things get more complicated :-)). This way I won’t pay too much attention to some details that should be taken care of later, but stay focused on general layout and functionality. Below you will find more than 20 resources that you can use in sketching phase of application development. 61 Best Social Media Tools for Small Business Banana Republic and Susan’s Neighborhood Shirt Shop could be using the same social networks—Twitter, Facebook, Google+, etc.—but their marketing plans and their marketing tools are likely quite different. Enterprise solutions are great for the big guys, but the rest of us are in the market for something more our size. Small businesses are eager to find valuable tools that take a lot of the time and trouble out of social media marketing and that do so without costing an arm and a leg. I think we’d all want tools like that, right? Well, I went searching for just this kind of simple, easy, cost-effective tool, and I came up with 61 that made the cut.

ROBERT ATKINS.NET Antonio Muntadas and the Media Landscape A catalogue essay and interview Meditating on Art and Life in the Information Age Catalogue essay for Des/Aparicions, Centre d'Art Santa Monica, Barcelona, 1996 Talking about plans for his current Des/Aparitions exhibition, Antoni Muntadas observed that "creating a useful structure is the creative aspect of the work." He was referring both to the production of specific artworks and to the economic exigencies of the life of an artist; or--to put it another way--to the connectedness of art and life. This is the principal subject of my essay. But I also invoke Muntadas's comment because it stimulated my thinking about catalogue-writing itself: its nature and its inherent (ideological) assumptions about the writer's objectivity and the presenting institution's authority, all embodied in a seamless flow of rhetoric.

point de vue de l'évidence Science has prevailed over injustice in the state of New Jersey, where all jurors will soon learn about memory’s unreliability and the limits of eyewitness testimony. According to instructions issued July 19 by New Jersey’s Supreme Court, judges must tell jurors that “human memory is not foolproof,” and enumerate the many ways in which eyewitness recall can be distorted or mistaken. Cognitive scientists who study memory have celebrated the new requirements. “Eyewitness identification evidence is seen by jurors as being trustworthy and reliable,” said psychologist Charles Brainerd of Cornell University, who specializes in memory. “The science shows exactly the opposite.”

Visual Business Intelligence We typically think of quantitative scales as linear, with equal quantities from one labeled value to the next. For example, a quantitative scale ranging from 0 to 1000 might be subdivided into equal intervals of 100 each. Linear scales seem natural to us. If we took a car trip of 1000 miles, we might imagine that distance as subdivided into ten 100 mile segments. It isn’t likely that we would imagine it subdivided into four logarithmic segments consisting of 1, 9, 90, and 900 mile intervals. Similarly, we think of time’s passage—also quantitative—in terms of days, weeks, months, years, decades, centuries, or millennia; intervals that are equal (or in the case of months, roughly equal) in duration.

Information Visualization Manifesto Posted: August 30th, 2009 | Author: Manuel Lima | Filed under: Uncategorized | – “The purpose of visualization is insight, not pictures” Ben Shneiderman (1999) – Over the past few months I’ve been talking with many people passionate about Information Visualization who share a sense of saturation over a growing number of frivolous projects. The criticism is slightly different from person to person, but it usually goes along these lines: “It’s just visualization for the sake of visualization”, “It’s just eye-candy”, “They all look the same”. When Martin Wattenberg and Fernanda Viégas wrote about Vernacular Visualization, in their excellent article on the July-August 2008 edition of interactions magazine, they observed how the last couple of years have witnessed the tipping point of a field that used to be locked away in its academic vault, far from the public eye.

If you do a search here for "Data Visualization" you will see a huge listing of visual data art of all kinds . It's one of the most popular subjects here . by mirlen101 Nov 4