Volodymyr Kurbatov. Henry Jenkins. Digital culture. What is Digital Culture? – Everything You Need to Know. Challenge to scientists: does your ten-year-old code still run? Top ten brains of the digital future « Prospect Magazine. Above: digital consumers are living for the first time in a culture where being part of a globally interconnected group is normal When we refer to something digital—a film, a book, a song—we simply mean that it exists as a string of ones and zeroes within a machine. 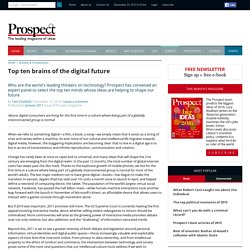 As ever more of our cultural and intellectual life migrates towards digital media, however, the staggering implications are becoming clear: that to live in a digital age is to live in an era of instantaneous and infinite reproduction, communication and creation. Change has rarely been at once so rapid and so universal; and many ideas that will shape the 21st century are emerging from the digital realm. In the past 12 months, the total number of global internet users has swept past the 2bn mark. Thanks to the explosive growth of mobile phones, we live for the first time in a culture where being part of a globally interconnected group is normal for most of the world’s adults. The Prospect panel. Yapay Zeka ile Yaratıcılık Dorukta - iQ Turkey. Selfdeterminationtheory.org - An Approach to human motivation & personality.

Index. Ahead of the Curve. 4 critical mistakes that inventors make. Facebook Plans to Beam Internet to Backwaters with Lasers. Engineers from Facebook’s Connectivity Lab have published details of a new optical technology to help laser beams deliver fast Internet access to remote areas. 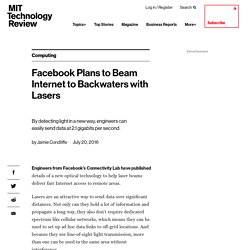 Lasers are an attractive way to send data over significant distances. Not only can they hold a lot of information and propagate a long way, they also don’t require dedicated spectrum like cellular networks, which means they can be used to set up ad hoc data links to off-grid locations. What is Autonomic Computing? Autonomic computing is a computer’s ability to manage itself automatically through adaptive technologies that further computing capabilities and cut down on the time required by computer professionals to resolve system difficulties and other maintenance such as software updates. 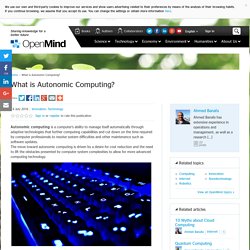 The move toward autonomic computing is driven by a desire for cost reduction and the need to lift the obstacles presented by computer system complexities to allow for more advanced computing technology. The autonomic computing initiative (ACI), which was developed by IBM, demonstrates and advocates networking computer systems that do not involve a lot of human intervention other than defining input rules. Course Catalog. When the Machine Made Art – Grant Taylor traces the origins of computational creativity. 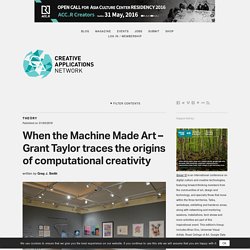 Taylor is an Associate Professor of Art History and the Art and Art History Department Chair at Lebanon Valley college in Pennsylvania. He is also the author of the 2014 book When the Computer Made Art: The Troubled History of Computer Art, which is undoubtedly the most thorough and well-researched history of computer art (and by association digital art) to have popped on CAN’s radar. CreativeApplications.Net. 1024 Projections [Inspiration]: Jaw dropping projections by 1024 collective. There have been many ‘projection’ projects recently but this morning I came across 1024. 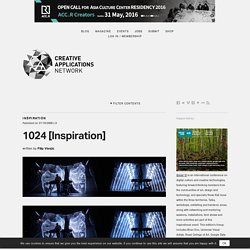 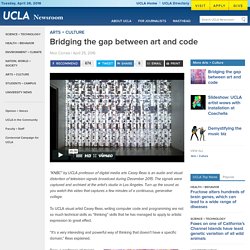 The signals were captured and archived at the artist's studio in Los Angeles. Turn up the sound as you watch this video that captures a few minutes of a continuous, generative collage. To UCLA visual artist Casey Reas, writing computer code and programming are not so much technical skills as “thinking” skills that he has managed to apply to artistic expression to great effect. Use our methods. DP0 (Design Project Zero) is a 90-minute (including debrief) fast-paced project though a full design cycle. 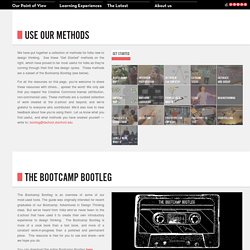 Students pair up to interview each other, create a point-of-view, ideate, and make a new solution that is “useful and meaningful” to their partner. Two versions of DP0 are “The Wallet Project” and “The Gift-Giving Project”. They have the similar format, only the topic is different. The original DP0 The Wallet Project was created for the d.school’s very first course in 2004 and the project starts with students looking at the content of their partner’s wallet or purse (and goes on to ask every student to design something for their partner).

45 Design Thinking Resources For Educators. 45 Design Thinking Resources For Educators Imagine a world where digital learning platforms help adult learners succeed through college completion; where a network of schools offers international-quality education, affordable tuition, and serves hundreds of thousands of children in economically disadvantaged countries; where we engage parents in understanding national trends and topics in education; where a comprehensive learning environment seamlessly connects the classroom with the opportunities of the digital world for young students; and where system-level solutions help more students gain access to college. 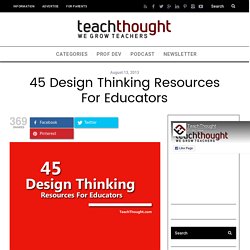 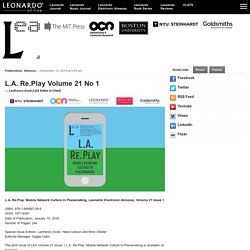 Kurzweil Accelerating Intelligence. The Future of Artificial Intelligence. Editor's Note: This article was originally printed in the 2008 Scientific American Special Report on Robots. 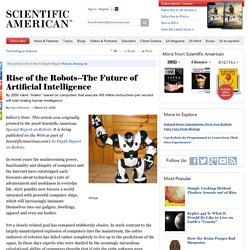 Edge.org. "Dahlia" by Katinka Matson | Click to Expand | www.katinkamatson.com "Another year, and some of the most important thinkers and scientists of the world have accepted the intellectual challenge. " —El Mundo, 2015. Ray Kurzweil: "How to Create a Mind: The Secret of Human Thought Revealed" The Myth Of AI. That mythology, in turn, has spurred a reactionary, perpetual spasm from people who are horrified by what they hear. You'll have a figure say, "The computers will take over the Earth, but that's a good thing, because people had their chance and now we should give it to the machines. " Then you'll have other people say, "Oh, that's horrible, we must stop these computers.

" Most recently, some of the most beloved and respected figures in the tech and science world, including Stephen Hawking and Elon Musk, have taken that position of: "Oh my God, these things are an existential threat. They must be stopped. " In the past, all kinds of different figures have proposed that this kind of thing will happen, using different terminology.

Massachusetts Institute of Technology 150th anniversary. Watch videos of this symposium This symposium was inspired by the old dream of understanding the mind and the brain, which was at the core of several new fields created at MIT during the ‘50s and ‘60s. The same dream is now the main motivation for a new Intelligence Initiative (I2). Beyond being a great intellectual mission, this research helps to develop an understanding of the origins of intelligence, build more intelligent artifacts and systems, and improve the mechanisms for collective decisions. These advances will be critical to the future prosperity, education, health, and security of our society. Key question: Over the past 50 years, research in Artificial Intelligence (AI) and Machine Learning (ML) has led to the current development of remarkably successful applications such as Deep Blue, Google search, Kinect, Shazam, Watson, and MobilEye. AITopics. TechRepublic - A Resource for IT Professionals.