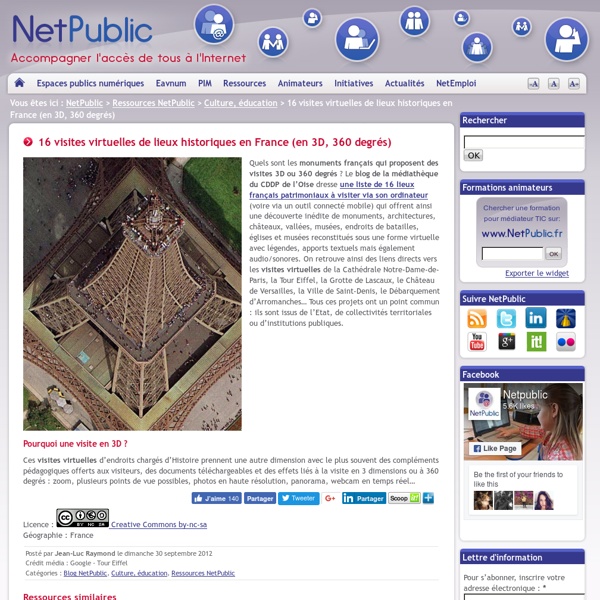 Mount Everest-Monte Everest -360 panorama view from summit - Climbing Mt Everest - Nepal Trekking-panoramic photo from top of Mont Everest It is from a book titled Everest: Reflections From the Top by Christine Gee & Garry Weare which just been published. It contains contributions from many of the climbers who have reached the top during the last 50 years. French Fashion and Clothing Vocabulary All the words you'll ever need when you go clothes shopping in store or online! C'est tout ce qu'il vous faut quand vous faites les courses dans les magasins ou sur l'internet ! Whilst doing some online shopping for clothes (more like window shopping as I spend hours browsing without actually buying anything!) I started to learn a whole heap of new words so I thought I'd compile some I found and share :) Fashion vocab/Vocabulaire de la mode Underwear/Lingerie/Swimwear/Vêtements de bain Shoes/Chaussures Accessories/Accessoires Parts/Pièces Fabrics/Tissu / Composition/ Composition

France Facts for Kids: Facts about France and the French Interesting Facts for Kids Here are some interesting France Facts which were chosen and researched by kids especially for kids. • Population: more than 65.7 million people live in the country (2012) • Capital: Paris, with 2,2 million inhabitants Download 67,000 Historic Maps (in High Resolution) from the Wonderful David R... Stanford University’s been in the news lately, what with expanding its tuition waiver last year and now facing renewed scrutiny over its ultra-low admissions rate. These stories have perhaps overshadowed other Stanford news of a more academic nature: the arrival of the David Rumsey Map Center, which celebrated its grand opening yesterday and continues the festivities today and tomorrow. While these kinds of university improvements are rarely of much interest to the general public, this one highlights a collection worth giving full attention. Well, for those of us, that is, who love maps.

French language learning games All French language learning exercises are completely free to use, do not require registration, and are suitable for both school kids and adult language learners. French language acquisition games that French learners can study with, that teachers can incorporate into lesson plans, or that can be used used in homeschooling environments. An introduction to listening, reading, comprehension and communication in the French language. Each French study topic includes word lists with audio for learning the correct French pronunciation, and practice games for testing your learning progress. Online games employ the fun, fast and easy study method of simple wordlists for studying phrases of words, visual-based learning, and vocabulary drills for practice and testing.

L'école en France Bonjour bonjour ! In France, a quarter of the population is in the education system ; public instruction is compulsory and free of charge up until 16 years old, and heavily subsidized for higher education. But it doesn’t mean it has to make sense, though… When French children go to school, they go through « CM2 », end up in « Terminale » at 18, after four years in « le collège ». Let’s try to figure out what this all means. La chanson de Henri Dès sur l’école : « Les bêtises » Une autre chanson très connue sur l’école, par France Gall : Sacré Charlemagne

Naissances et décès en temps réel In 1950, there were 2.5 billion humans. Today there are just over 7 billion. In another 30 years, according to U.S. Census Bureau projections, there will be more than 9 billion.