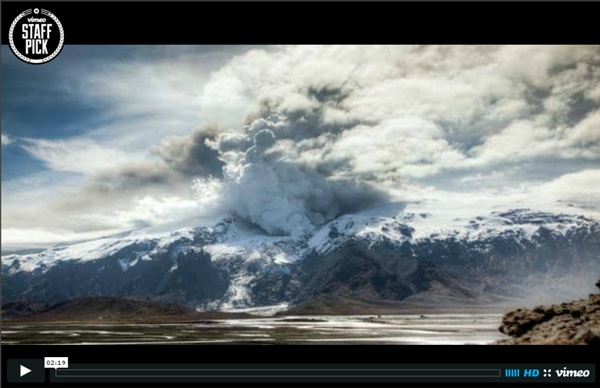 Nepal’s opportunity to seize the moment for the future of its people When the elders in my family spoke of the 1934 earthquake, they talked about how scary it had been, and the damage it left behind. How Dharara, once the tallest structure in Kathmandu -- and since April 25th a pile of rubble – was rebuilt. I was in Kathmandu this time around – and it was terrifying to experience the earthquake. I took refuge in my aunt’s house, along with 25 other people whose homes, like many across the city, were either damaged or destroyed. Video Tutorial: Timelapse Making In Holland at the "End User Event" Wayne Robson gave a Mudbox Masterclass to a standing room only audience filling in at the last moment he showed the creation from nothing to final render in 55 min. But here in a timelapse making he will show everything in a 6 min. Size - 26.7 MB If you are on a slow connection or want to keep these tutorials for future viewing then you can download these video tutorials from CGArena forum. You need to register (free) before download these and many other tutorials. Don't forget to support the advertisers by viewing their products.

TimeLapse - the time lapse iPhone app TimeLapse One of "the coolest, best and most useful photo apps for the iPhone" - David Pogue, New York Times, April 27th, 2011 TimeLapse is the professional choice for creating and editing great time-lapse sequences on your iDevice. Top 10 active volcanoes to see up close Mount Aso, Kyushu, Japan There is some concern that Mount Fuji is showing signs of eruption in the near future, but as things stand, Japan’s most-active volcano is Mount Aso, in Aso Kujū national park on the southern island of Kyushu. It has one of the largest calderas in the world, offering myriad viewpoints over its twisted, pitted landscape. Aso town can be reached by train (one hour from Kumamoto, two from Beppu, fares between £6 and £12). There are two cable car lines, called ropeways, from which to explore the Aso area.

Ohio Players, Leroy Sugarfoot Bonner Ohio Players 2 Hour Spectacular: Featuring a 45 min Interview with Leroy "Sugarfoot" Bonner, Varee Is Love, Funky Worm, Walt's First Trip, Pain, Pleasure, Ecstasy, Fire, Sweet Sticky Thing, Jive Turkey, Heaven Must be Like This, Fopp, I Want to be Free, Climax, Love Rollercoaster, Far East Mississippi, Who'd She Coo, O-H-I-O. Hosted by Bob Davis and ELP. Concert Review: Sugarfoot's Ohio Players, (Masters Of Funk) @ Dell Music Center in Philly (July 5th, 2010) time lapse (kottke.org) kottke.org posts about time lapse Slow life Mar 28 2014 Well, I don't even have the words to describe what this is; you just have to watch it. Preferably in fullscreen at full resolution. Takes about 30 seconds to get going but once it does.........dang. Breathtaking is not a word I throw around after every TED Talk or Milky Way time lapse, but I will throw it here.

With two earthquakes in three weeks and a monsoon fast-approaching, Nepal is on a knife-edge - Comment - Voices - The Independent Temporary shelters have sprung up across public parks and open spaces. Everyone is too scared to go back home or to their hotels. Even hospital patients are sheltering outside in the open air. At lunchtime on Tuesday, we were planning our next distribution for the people affected by the first earthquake in April and the whole building started to shake. We all ran out of the building as fast as we could, and there was panic everywhere around us. One of my colleagues was injured running out of the office, but thankfully the rest of the team was ok.

Earthquake measuring 8.5 magnitude shakes most of Japan A powerful 8.5 magnitude earthquake struck near remote Japanese islands and shook most of the country on Saturday evening local time, although it occurred well beneath the earth’s surface and did not trigger a tsunami warning. Several people suffered non-life-threatening injuries, and there were no reports of deaths or major damage. The quake struck off the Ogasawara islands at a depth of 370 miles (590 km), the Japan Meteorological Agency said. The quake was powerful enough to rattle most of Japan, from the southern islands of Okinawa to Hokkaido in the north. It caused buildings to sway in Tokyo about 620 miles north of the Ogasawara islands and temporarily disrupted some train services in the city.

Time-lapse photography Blossoming Pelargonium. 2 hours are collapsed to a few seconds A sunset time-lapse Moving clouds time-lapse Time lapse video of mung bean seeds germinating a timelapse with a GoPro camera mounted on a bicycle helmet during a bike ride in Chicago Time-lapse photography is a technique whereby the frequency at which film frames are captured (the frame rate) is much lower than that used to view the sequence. The economic impact of Nepal's earthquake Nepal is home to the world's highest mountain and is wedged between two growing economic superpowers, but it is one of the poorest countries in the world. Now it is struggling to cope with the worst earthquake to hit the Himalayan nation in 80 years. The magnitude 7.9 earthquake struck some 80km northwest of the capital Kathmandu and has affected eight million people, just under one-third of the population with upwards of 5,000 people killed. The economic losses could be as much as $10bn, according to an estimate from US Geological Survey. The cost of rebuilding is $5bn, according to IHS.

Nepal quake: Why are some tremors so deadly? - BBC News On 1 April, 2014, a Magnitude 8.2 earthquake rocked northern Chile. Six people died, 2,500 homes were damaged and 80,000 people were displaced. Just over one year later, a M7.8 earthquake strikes Nepal. Nepal earthquake: a disaster that shows quakes don't kill people, buildings d... The kind of earthquake that hit Nepal last week is a periodic event in the country: the last was in 1934. For years, the international community knew another big quake was due in Kathmandu. The disaster is that we have not prepared sufficiently for a predictable event. In a world of increased urban densification, rapidly expanding informal settlements and development that outstrips a government’s ability to enforce standards, it is poorly designed and constructed buildings, not earthquakes, which are the real catastrophe. In many cases, the rush of urbanisation has produced some of the most dangerous built environments: multi-storey buildings, over-reliance on concrete and a loss of knowledge that protected previous generations. The pressure to meet the needs of growing populations, along with improperly implemented building regulations, can lead to lethal weakness.

'I thought it was a dream': Nepal quake survivor recalls moment disaster struck After the walls around his room collapsed in Saturday’s earthquake, Pemba Tamang was not sure if he was dreaming or already dead. Trapped under two metres of rubble, the 15-year-old sat crouched and unable to move for 120 hours. He sucked sweat from his clothes and ate what remained of his lunch to survive. “I knew it was an earthquake,” Tamang told the Guardian on Friday. “But then I thought it was a dream.

Nepal earthquake death toll exceeds 6,000 with thousands unaccounted for The death toll from the earthquake that struck Nepal on Saturday has passed 6,000, and many thousands are still unaccounted for. The latest police report has confirmed 6,260 fatalities, with about 14,000 injured and thousands still unaccounted for. The head of the European Union delegation in the country said 1,000 people from the EU were missing and 12 were confirmed dead. Although Nepal celebrated the rescue of two people pulled alive from the wreckage of buildings in the capital, Kathmandu, on Thursday, the sheer extent of the destruction of the 7.8-magnitude quake is becoming clear.

All I could do was say, WOW!! Awesome and magnificent!. Thank you :) by trina Aug 20