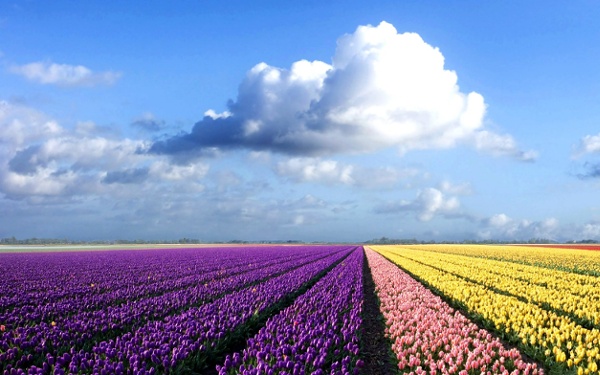 Marvel at the Magnificent Marble Caves [35 PICS] Can you imagine something happening that would endanger these exquisite azure caverns? It might if Chile continues with plans to build five hydro-power dams in Patagonia. Photo #7 by © Jorge Leon Cabello Rodeo Magazine source: AnniIsis (Malmö), Evelien (Terneuzen, The Netherlands), Dominika (Bratislava), Helene (London) Portraits of Dogs as They Shake Off Water - StumbleUpon For her series “Shake“, pet photographer Carli Davidson photographed curious portraits of dogs shaking off water. Use a fast shutter speed and you can capture all kinds of strange expressions on your dog’s face. You can find the rest of the photographs in the series here. Shake (via Photojojo) Image credits: Photographs by Carli Davidson and used with permission

Beautiful Places to Visit - Part 2 The island nation known as the Seychelles can be found in the Indian Ocean off the East coast of Africa, North of Madagascar. There are 115 islands in the archipelago. Seychelles has become a popular tourist destination, thanks to its stunning tropical beaches and interesting wildlife. Popular activities include diving, fishing, sailing, and laying around on amazing white sand beaches. Visitors can find any range of accommodation on the main islands of Praslin, La Digue or Mahé, as well as a variety on outlying islands.

Inked Souls Drugs are my only escape from a world where nothing ever seems to get better. -Was physically abused by my parents (mother in particular) for as long as I can remember up until age thirteen after i threatened to call the police.-Was verbally abused until I couldn’t deal with it anymore and had to leave home at eighteen.-Started cutting at age thirteen to cope.-Had two suicide attempts at age fourteen and fifteen.

National Geographic Photo Contest 2011 - Alan Taylor - In Focus - The Atlantic - StumbleUpon National Geographic is currently holding its annual photo contest, with the deadline for submissions coming up on November 30. For the past nine weeks, the society has been gathering and presenting galleries of submissions, encouraging readers to vote for them as well. National Geographic was kind enough to let me choose among its entries from 2011 for display here on In Focus. Gathered below are 45 images from the three categories of People, Places, and Nature, with captions written by the individual photographers. [45 photos] Use j/k keys or ←/→ to navigate Choose:

The 40 Most Spectacular and Mindblowing Photos of Nature A lifetime is not enough to see what nature has to offer and all its beauties, along with its weirdness at times. There’s always something new happening in the world that people can hardly explain and sometimes mysteries are never solved. Pxleyes presents a stunning showcase of 40 images dedicated to the spectacular nature events from all over the world: a show of natural lights and colors, impressive rocky mountains and structures, tons of beautiful blue eyes and many other interesting elements, some almost unheard of. All images show only NATURAL elements, non altered by human hand or post editing software! It is all genuine and happening somewhere in the world. This might help in picking the next vacation destination

BACK TO THE FUTURE 2 (2011) : Irina Werning - Photographer Now its time for KOREA, TAIWAN AND TOKYO. If you live here and want to participate in my project, email me amazing old pictures to : backtothefuturepics@gmail.com Riff Raff 1976 & 2011 London Andy 1967 & 2011 Los Angeles Johanes 1994 & 2011 Hamburg Incredible microscopic sea creatures caught on camera By Daily Mail Reporter Updated: 16:31 GMT, 30 September 2010 Bobbing away in the dark depths of the ocean, these tiny creatures display a unique beauty that few get to truly appreciate. And the latest publication by a scientist who studies these microscopic animals is set to become an unlikely bestseller - all thanks to the beauty of plankton. His coffee table book about the amazing life forms that live unseen in the oceans has dozens of remarkable photographs taken through a microscope. Amazing life forms: Dr Richard Kirby's passion for plankton has led to a set of marvellous pictures which feature in his book Ocean Drifters, a secret world beneath the waves like these tiny Jellyfish

Rune Guneriussen & Escape Into Life These dream-like installations are assembled, and then photographed by Norwegian artist Rune Guneriussen. Just imagine being out for a walk in Norway’s countryside, turning a corner and discovering a magical forest of lamps, a tangle of chairs, or a river of books. Sadly, once the photograph is taken, Rune removes the installation, the only proof of it’s existence being these images… sort of like waking up from an amazing dream that you could have sworn was real. As an artist, I believe strongly that art itself should be questioning and bewildering as opposed to patronising and restricting. As opposed to the current fashion I do not want to dictate a way to the understanding of my art, but rather indicate a path to understanding a story. Rune Guneriussen’s site