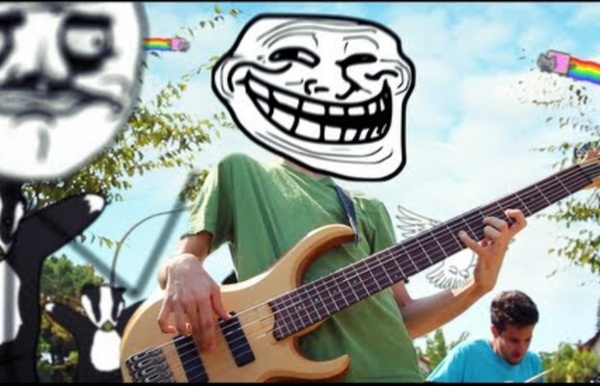 Daft Punk - Beyond Programming Him: "I can download games like Quake and play them during lunch, you know."Me: "We're only allowed 10 megs in our accounts, and the system administrators would notice you downloading a large file."Him: "Nah, I could hack it so he couldn't."Me: "Ah, so you are into hacking.

JV Playlist ConnexionInscription NoelSWF ListePopulaire#TagsAu Hasard Publicité © 2013 - Tous droits réservés. Suggestions Kung fu fighting the song! How many surrealists does it take to screw in a light bulb? A fish: The most highbrow jokes in the world - Science - News Scientists are not generally recognised for their sense of humour, but those disparagingly referred to as “geeks” by the more intellectually challenged of us have responded in their thousands to a question posed on the Reddit website: “What’s the most intellectual joke you know?” The huge number of gags – and yes, many of them are funny – cover all disciplines from physics to philosophy. They range from the accessible, such as: “A Roman walks into a bar, holds up two fingers, and says: ‘Five beers, please’,” to those that require a working knowledge of Heisenberg’s uncertainty principle to understand. The joke about Benoit B Mandelbrot, for example, relies on a knowledge of the scientist’s work on fractals. For all their highbrow intellectualism, however, the jokes follow traditional forms.