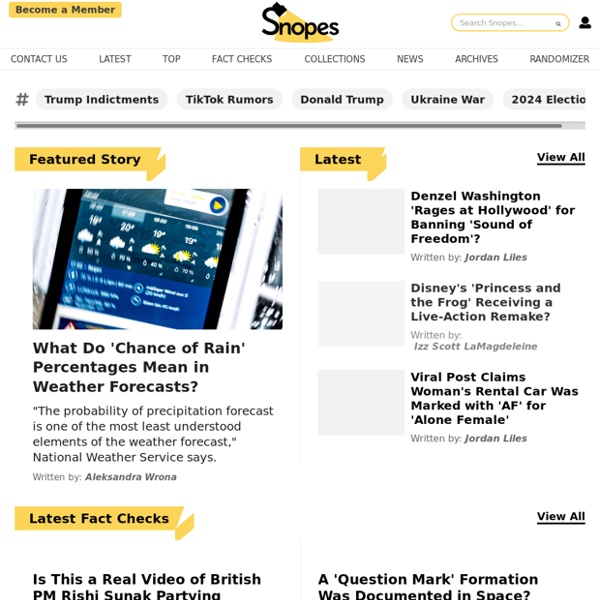 m.facebook Back in 2015, when we published our lesson plan Fake News vs. Real News: Determining the Reliability of Sources, we had no way of knowing that, a year later, the Oxford Dictionaries would declare “post-truth” the 2016 word of the year; that fake news would play a role in the 2016 presidential election; that it would cause real violence; and that the president-elect of the United States would use the term to condemn mainstream media outlets he opposes. Back then, to convince teachers that the skill was important, we quoted Peter Adams of the News Literacy Project on the “digital naïveté” of the “digital natives” we teach. Now, however, we doubt that we need to convince anyone. These days, invented stories created in a “fake news factory”— or by a 23-year-old in need of cash — go viral, while articles from traditional sources like The Times are called “fake news” by those who see them as hostile to their agenda. As always, we welcome your ideas; please post them in the comments.

How To Spot Fake News Critical thinking is a key skill in media and information literacy, and the mission of libraries is to educate and advocate its importance. Discussions about fake news has led to a new focus on media literacy more broadly, and the role of libraries and other education institutions in providing this. When Oxford Dictionaries announced post-truth was Word of the Year 2016, we as librarians realise action is needed to educate and advocate for critical thinking – a crucial skill when navigating the information society. IFLA has made this infographic with eight simple steps (based on FactCheck.org’s 2016 article How to Spot Fake News) to discover the verifiability of a given news-piece in front of you.

Seeing Multiple Perspectives: An Introductory Critical Literacy Lesson Home › Classroom Resources › Lesson Plans Lesson Plan Overview Featured Resources From Theory to Practice How to Spot Fake News - FactCheck.org Fake news is nothing new. But bogus stories can reach more people more quickly via social media than what good old-fashioned viral emails could accomplish in years past. Concern about the phenomenon led Facebook and Google to announce that they’ll crack down on fake news sites, restricting their ability to garner ad revenue. Perhaps that could dissipate the amount of malarkey online, though news consumers themselves are the best defense against the spread of misinformation. Not all of the misinformation being passed along online is complete fiction, though some of it is.

Yes, Digital Literacy. But Which One? One of the problems I’ve had for a while with traditional digital literacy programs is that they tend to see digital literacy as a separable skill from domain knowledge. In the metaphor of most educators, there’s a set of digital or information literacy skills, which is sort of like the factory process. And there’s data, which is like raw material. Fake It To Make It I'm so glad you asked! There are a number of good articles on how to identify fake news, including this one from FactCheck.org: How to Spot Fake News. In addition, please: Do your research before sharing! If you see something questionable, look it up!

Save The Pacific Northwest Tree Octopus Help Save The ENDANGERED From EXTINCTION! The Pacific Northwest Tree Octopus KOI29, MME? - Blog: Pedagogical Ponderings critical literacy is... In other words: Basically, critical literacy is essential, and we need to provide more opportunities for our students to practice it. What does this look like in my teaching?

Good Tools for Teaching Students How to Evaluate Web Content Credibility Source: Butler University Library, adapted from Meriam Library at CSU, Chico One of my favorite lessons to teach is about evaluating the credibility of web sites and other digital content. I often start by showing the classic “Can't Lie On The Internet” video from AllState, which gets a laugh and helps to get students in the right mind set. Next, we check out the classic “DHMO” site and talk about what we see there.

'We're told to be grateful we even have readers': pirated ebooks threaten the future of book series The bestselling American fantasy novelist Maggie Stiefvater is leading a chorus of writers warning readers that if they download pirated ebooks, then authors will not be able to continue writing because they will be unable to make a living. Stiefvater, author of the Shiver and Raven Cycle series, raised the issue after she was contacted on Twitter by a reader who told her: “I never bought ur books I read them online pirated.” On her website, Stiefvater later explained that, when ebook sales for the third book in the Raven Cycle – Blue Lily, Lily Blue – “dropped precipitously”, her publisher decided to cut the print run of the next book in the series to less than half of its predecessors. “This is also where people usually step in and say, but that’s not piracy’s fault.

Snopes.com is a fact-checking tool that can be shared with students when teaching them how to distinguish between real and fake news. by jb16g Mar 8