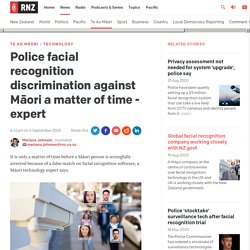 A study has found higher rates of false positives for Asian, African Americans and native groups in facial recognition systems trying to positively identify a face with a single photo. There is a racial divide in speech-recognition systems, researchers say. Technology from Amazon, Apple, Google, IBM and Microsoft misidentified 35 per cent of words from people who were black. 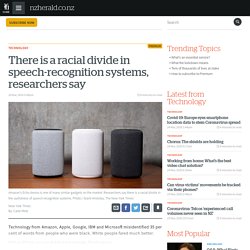 White people fared much better. With an iPhone, you can dictate a text message. Young and anxious: Why kids need to know it's okay to be average. Epidemic of teen anxiety and depression “Social media puts so much pressure on young girls to look beautiful and be smart, and that really affected how I viewed myself as a person. 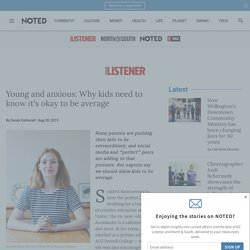 I would feel that if I wasn’t the kindest, most beautiful and most clever female, I wasn’t of value.” It’s a point reiterated by US social psychologist Jonathan Haidt, who told the Listener while in New Zealand last week that social media is contributing to an epidemic of anxiety and depression in teens, particularly girls. “All kids are now being reinforced not by their parents or their teachers, but by their peers. They get constant little hits of dopamine, and fear and anxiety, and this is the cause of the problem, which is especially unhealthy to anyone, especially developing brains.’’ Gaming and gambling link: Call for warning label over video game 'loot boxes' Video games like Fortnite are putting children at risk of developing gambling addictions, experts say. 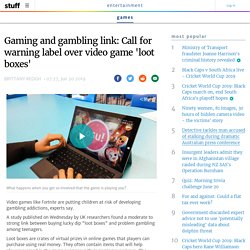 A study published on Wednesday by UK researchers found a moderate to strong link between buying lucky dip "loot boxes" and problem gambling among teenagers. Loot boxes are crates of virtual prizes in online games that players can purchase using real money. They often contain items that will help players succeed in the game or improve their gaming experience. Humans Evolving Bone Spikes At The Back Of The Head Because Of Smartphones. Smartphones are so common nowadays, one can almost always see someone using theirs even when with company. 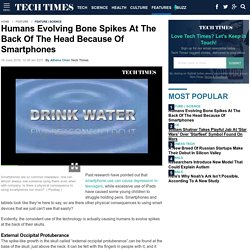 Screen Use In Schools. Overviewand Recommendations There is no doubt that our children will need excellent digital skills on entering the workforce or moving to higher study. This website presents a summary of current research and expert information on the use of digital technology in schools, looking at both the benefits and risks this brings. We've found excellent use of computers that can support and strengthen student learning. However, a growing body of international research has highlighted negative risks that are associated with screen use. Facebook Says White Nationalist Video Doesn’t Break New Policy Against White Nationalism. Facebook vowed last week to curb hateful content on its platform by extending its policies against white supremacy to cover posts that praise white nationalism and separatism. 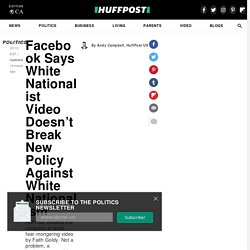 Now it’s unclear what that new policy actually means, if anything. On Tuesday, HuffPost showed a Facebook spokesperson a video on Facebook in which prominent Canadian white nationalist Faith Goldy laments white “replacement” and demands that Jews and people of color repay the white European countries they’ve “invaded.” The spokesperson said that no policy had been broken, not even the social media giant’s new policy banning the promotion or praise of white nationalism. 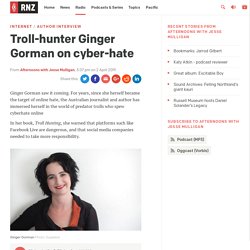 For years, since she herself became the target of online hate, the Australian journalist and author has immersed herself in the world of predator trolls who spew cyberhate online In her book, Troll Hunting, she warned that platforms such like Facebook Live are dangerous, and that social media companies needed to take more responsibility. Ginger Gorman Photo: Supplied. How the Algorithm Rewards Extremism. Landmark study finds cellphones are linked to cancer. There is now "clear evidence" that cellphone radiation can cause cancers of the heart, brain and adrenal glands, a landmark National Institutes of Health (NIH) study warns. 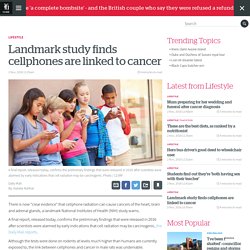 A final report, released today, confirms the preliminary findings that were released in 2016 after scientists were alarmed by early indications that cell radiation may be carcinogenic, the Daily Mail reports. Although the tests were done on rodents at levels much higher than humans are currently exposed to, the link between cellphones and cancer in male rats was undeniable. For female rats and mice of both sexes, the evidence was less clear as to whether cancers observed were associated with signal exposure. Still, scientists warn that the new research suggests that men in particular should take precautions to minimise the exposure of sensitive areas to cellphone radiation.

"In our studies, rats and mice received radio frequency radiation (RFR) across their whole bodies. We Need to Talk About Kids and Smartphones. Rotorua principals concerned as Fortnite affects pupils' energy levels and behaviour. Rotorua primary school principals are increasingly concerned about the video game Fortnite as it affects some pupils' school work. 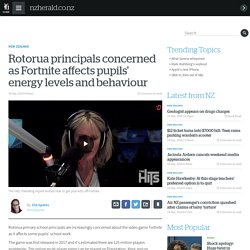 The game was first released in 2017 and it's estimated there are 125 million players worldwide. The online multi-player game can be played on Playstation, Xbox and on smartphone. France closes in on mobile phone ban in schools from September. French lawmakers have secured a deal on a bill that would outlaw the use of mobiles phones in schools starting in September, one of Emmanuel Macron's pledges during last year's presidential campaign. 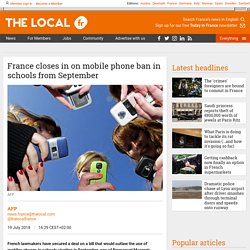 Senators and National Assembly deputies reached the agreement late on Wednesday on the ban for all three tiers of French education (primary, middle and high school), except for educational purposes. Students will now have "the right to disconnect," Cathy Racon Bouzon, a deputy in Macron's Republic on the Move (LREM) party, tweeted on Thursday. READ ALSO: How France's mobile phone ban in schools would work (or not) Teachers have been calling for the ban to curtail a growing distraction in classrooms, with nearly nine out of ten French teens aged 12 to 17 now owning a smartphone.

Besides cutting down on screen time, the bill also aims to protect children from dangerous online content such as violence or pornography, as well as cyberbullying. French school students to be banned from using mobile phones. French school students will be banned from using mobile phones anywhere on school grounds from September, after the lower house of parliament passed what it called a “detox” law for a younger generation increasingly addicted to screens. The centrist president Emmanuel Macron had promised during his election campaign that he would outlaw children’s phones in nursery, primary and middle-schools, until around the age of 15.

Social Media, Social Life: Teens Reveal Their Experiences (2018) Insight: Should NZ Schools Ban Mobile Phones? Smartphones affecting New Zealanders' relationships - survey. More than a third of New Zealanders are concerned their partners are spending too much time on their smartphone. Photo: 123RF A 2degrees survey showed 39 percent of 2200 respondents aged older than 16 believed the amount of time being spent on their smartphones was affecting the quality of their relationship. The survey also found more than half of New Zealanders choose their phone or computer if they have to deliver bad news, but 43 percent of respondents felt guilty about this. With artificial intelligence and automation, how many Kiwi jobs will go? - Noted. The automation revolution Last week, a report by Infometrics From Education to Employment, estimated that the “automation revolution” would displace 31 per cent of jobs by 2036. That report wasn’t based on a new economic analysis, but on a review of previous reports, chiefly by PwC and NZIER and Chartered Accountants Australia and New Zealand.

NZIER/CAANZ in 2015 put the number of jobs at high risk of automation over the next 20 years at 37 per cent - 885,000 jobs. PwC, on the other hand, puts the proportion of at-risk jobs at 24 per cent in the same timeframe and notes that the figure is less than initially feared, because of our “relatively high employment rates and education and skill levels across all major demographic groups”. So 10 per cent or 37 per cent, which one is the more likely scenario? The great firewall of China: Xi Jinping’s internet shutdown. Revealed: 50 million Facebook profiles harvested for Cambridge Analytica in major data breach. The data analytics firm that worked with Donald Trump’s election team and the winning Brexit campaign harvested millions of Facebook profiles of US voters, in one of the tech giant’s biggest ever data breaches, and used them to build a powerful software program to predict and influence choices at the ballot box.

Explainer: What is Cambridge Analytica? - RNZ. Bias already exists in search engine results, and it’s only going to get worse. The internet might seem like a level playing field, but it isn’t. Safiya Umoja Noble came face to face with that fact one day when she used Google’s search engine to look for subjects her nieces might find interesting. Mike Caulfield's latest web incarnation. Networked Learning, Open Education, and Digital Polarization. Welcome to the Post-Text Future. Web Literacy for Student Fact-Checkers. 'We're told to be grateful we even have readers': pirated ebooks threaten the future of book series. Ww2.kqed. Yes, Digital Literacy. But Which One? One of the problems I’ve had for a while with traditional digital literacy programs is that they tend to see digital literacy as a separable skill from domain knowledge. Quote Investigator. The definitive fact-checking site and reference source for urban legends, folklore, myths, rumors, and misinformation.