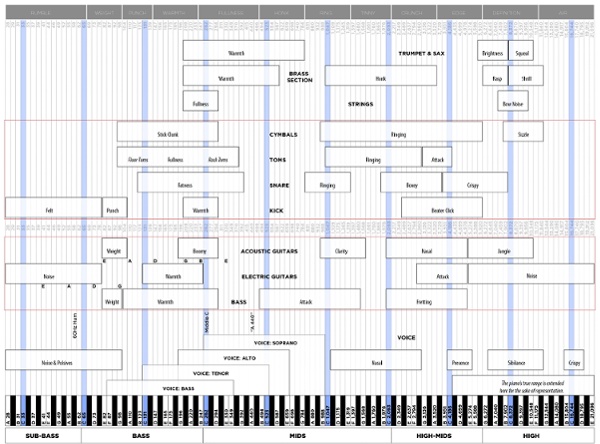 American Theatre Wing - Larson Grants Jonathan Larson's dream was to infuse musical theatre with a contemporary, joyful, urban vitality. Although he did not live to see it happen, his dream was achieved through the phenomenal success of his musical Rent. The Jonathan Larson Grants were created with the understanding that without the grants that supplemented Jonathan's meager income, Jonathan might never have written Rent. The grants program was established 17 years ago as a place for individual creative theatre artists to turn to for financial support and encouragement. Initially given by the Jonathan Larson Performing Arts Foundation, these grants have recognized and supported more than eighty composers, lyricists, and librettists at the start of their careers. The American Theatre Wing is currently accepting applications for the 2014 Jonathan Larson Grants. The few grants Jonathan Larson received boosted his professional confidence so that he could pursue a career writing for the musical theatre.

iVideosongs Studio - 5min.com For the beginner whose new guitar won't stay in tune - a demonstration of a correct tremolo setup. Steve Rieck: One quick tip for any beginners out there that have a tremolo equipped electric guitar and that would be most of the beginner electric guitars you will see out there in the Fender style guitars. There are different types of tremolos and this is a PRS guitar and it is little bit of a different shape. It basically is a Fender style tremolo. Tags: Correct tremolo setup,guitar lessons,ivideosongs,learn guitar,tremelo,tremelo set up

List of TCP and UDP port numbers Wikimedia list article This is a list of TCP and UDP port numbers used by protocols of the Internet protocol suite for operation of network applications. The Transmission Control Protocol (TCP) and the User Datagram Protocol (UDP) needed only one port for full-duplex, bidirectional traffic. The Stream Control Transmission Protocol (SCTP) and the Datagram Congestion Control Protocol (DCCP) also use port numbers. They usually use port numbers that match the services of the corresponding TCP or UDP implementation, if they exist. The Internet Assigned Numbers Authority (IANA) is responsible for maintaining the official assignments of port numbers for specific uses.[1] However, many unofficial uses of both well-known and registered port numbers occur in practice. Table legend[edit] Official: Port is registered with IANA for the application.[1] Unofficial: Port is not registered with IANA for the application. Multiple use: Multiple applications are known to use this port. Well-known ports[edit]

Blue Bear Sound - ARTICLES There they are...8/16/24/48/96 tracks that you’ve painstakingly recorded, overdubbed, erased, and recorded some more.... so now what? You can’t play with your mixer’s knobs every time you want to hear your masterpiece! You need to blend all those tracks to (usually) a 2-channel, stereo mix. In other words, mixdown your tracks. Great --- so what does THAT mean? I'm also going to have to presume you already have a decent monitoring chain in place. You also want to pay attention to the volume of your monitors as you mix. Next? Mental preparation......... rest your ears, rest yourself... it’s virtually impossible to mix right after a tracking session, or after going to a concert.... you need your ears to be in top form for analyzing and objective & critical listening... what works for me is starting fresh in the morning, when my ears are most rested.... OK - I’m rested, my ears are rested -- let’s do this thing........... "But I like the track that doesn’t work!" 1/3 Octave Frequency Charts **

Musical Master Class 2 - Discovering Musical Theater | Musical Workshop with Michael Kunze Michael talks about his awak­en­ing to musi­cal the­ater as a poten­tial form of expres­sion for his own art: “As a pro­ducer, I was inter­ested in the stage appear­ance of my acts. More and more artists of the late 1970’s began to add aspects of the the­ater to their per­for­mances, and I was intrigued. Of course, I knew about musi­cal the­ater and Broad­way shows, but in my (then) under­stand­ing of the genre — it was all about gay dancers and girls kick­ing their legs. I could not care less about that.” “How­ever, when I first heard the album “Jesus Christ Superstar”…it felt like I was struck by light­en­ing! “After a few more or less unsuc­cess­ful attempts at cre­at­ing con­cept albums with my artists, I turned my atten­tion to writ­ing for big TV shows and gala events. “All this work and my sub­se­quent dab­bling in movie scripts led to my height­ened inter­est in learn­ing all about the craft of story-telling. Watch the video here!

NG BBS — Best Free Vst Effects List of device bit rates This is a list of device bit rates, or physical layer information rates, net bit rates, useful bit rates, peak bit rates or digital bandwidth capacity, at which digital interfaces of computer peripheral equipment and network devices can communicate over various kinds of buses and networks. Bar chart of common computer interface speeds The distinction can be arbitrary between a bus, (which is inside a box and usually relies on many parallel wires), and a communications network cable, (which is external, between boxes and rarely relies on more than four wires). Many device interfaces or protocols (e.g., SATA, USB, SCSI, PCI and a few variants of Ethernet) are used both inside many-device boxes, such as a PC, and one-device-boxes, such as a hard drive enclosure. Accordingly, this page lists both the internal ribbon and external communications cable standards together in one sortable table. Factors limiting actual performance, criteria for real decisions[edit] Conventions[edit] Bandwidths[edit]

Lenard Audio - Education - Mixing. Page 4 of 5 EQ Equalization. The primary use of EQ is shelving. Shelving filters unwanted frequencies from being amplified or recorded. For live productions, avoid at all costs the use of graphic parametric and Q controls in extreme boost positions. Q is a ratio number referring to Quality of resonance. To improve clarity and presence, the best practice is to use shelving and minimal slopes over a broad range as shown in the pic below, especially for live productions. Slopes are most effective for rotating the frequency response over a broad range at a gentle angle (3dB / octave) over I decade (ratio 1:10). Spectral energy The average spectral energy of music is flat, between 100Hz and 1Khz. At 2KHz the energy is approx -6dB (1/4). Delay has a multitude of uses for recording, giving a feeling of thickening a voice or instrument. When skilfully used, compression can allow subtle sounds to be heard while louder sounds are kept under control. www.soundman.com reducing noise End of page 4

How To Write A Musical Drama - 9 Essential Drama Elements | Musical Workshop with Michael Kunze Musi­cal drama ele­ments — in a nut shell: Overview of 9 essen­tial strate­gies that made Michael Kunze’s drama musi­cals so suc­cess­ful in Europe and Japan. It is a long and rocky road from the incep­tion to the pre­miere; make sure you are pas­sion­ately fas­ci­nated by your story idea. Don’t fol­low trends…follow your heart! You dream about see­ing it on stage, and you can’t wait to share it with an audience.Your ini­tial attrac­tion to the mate­r­ial becomes the inspi­ra­tion for any fur­ther devel­op­ment.

Gypsy scale The term Gypsy scale,[a] refers to one of several musical scales named after their association with Romani or stereotyped "Gypsy" music: Hungarian minor scale, minor scale with raised fourth and seventh degrees, also called double harmonic minor scale.Minor gypsy scale, minor scale with raised fourth but natural seventh. [1] Both these scales are also called Hungarian gypsy scale.Spanish Gypsy scale, another name for the Phrygian dominant scale. [1][2]Double harmonic scale, the fifth mode of the Hungarian gypsy scale. [3] Notes[edit] References[edit] Regular Expressions Cheat Sheet (V2) The second version of the Regular Expressions Cheat Sheet, a quick reference guide for regular expressions, including symbols, ranges, grouping, assertions and some sample patterns to get you started. Get It Today! Including: - Patterns, character classes and quantifiers - Lookahead and lookbehind assertions - Grouping and string replacement - Example regular wxpressions Buy Now for just $2! Overview The Regular Expressions cheat sheet is a one-page reference sheet. What's New? There are a few small changes from the first version of the Regular Expressions Cheat Sheet (which you can still download if you prefer). About This Guide I have included a little more detail in this document where I felt it would be helpful to those less familiar with regular expressions, to demonstrate some of the items on the sheet. Please also note that not everything on this sheet will work with every language that has regular expression support. Anchors Character Classes \w\s Assertions [^\s]*q(?! Sample Patterns

How to Master a Track in 15 Minutes or Less Twice a month we revisit some of our reader favorite posts from throughout the history of Audiotuts+. This tutorial was first published in July 2008. Mastering your tracks can be a bit of a minefield and is often seen as the domain of the professional. However, if your tracks are just for demo purposes, a DJ set or even use on the net, you may want to tackle the job yourself. In this tutorial, you'll learn how to master a track quickly and easily. Software and equipment used This tutorial was completed in Logic Pro 8 using a mixture of Logic’s native plug-ins and third party processors from Universal audio. Step 1 Start by adding a stereo track to accommodate your un-mastered track. To allow maximum flexibility at the mastering stage there should be as little processing as possible taking place on your exported pre-master. Step 2 Check you have enough headroom for your mastering processors to work in. Step 3 The first plug-in in our chain is a compressor. Step 4 Step 5 Step 6 Step 7 Step 8

Otomata 16 Jul 2011 Click on the grid below to add cells, click on cells to change their direction, and press play to listen to your music. Update: Click here to get Otomata for your iPhone / iPod / iPad! Official facebook page: Also this reddit page has many examples: And there is a subreddit for Otomata: Otomata is a generative sequencer. Each alive cell has 4 states: Up, right, down, left. at each cycle, the cells move themselves in the direction of their internal states. This set of rules produces chaotic results in some settings, therefore you can end up with never repeating, gradually evolving sequences. If you encounter something you like, just press “Copy Piece Link” and save it somewhere, or better, share it! Here is something from me to start with: And here is an action video: Here are replies to some common questions: Q: MIDI Output?

17 Sites to Get Tons of Free Vst's - Hip Hop Makers Here are 17 websites where you can get tons of free VST plugins. It may take some time to pick and choose what you want on these sites, but the free sounds are worth the effort. For those who do not know, VST plugins that are virtual instruments. For example: Synth, organ, piano, etc. Note: I suggest you come up with a plan right away on how you want to organize these free VST instruments. Follow Hip Hop Makers on Facebook: Here is a great tutorial on installing VST plugins in FL Studio by NFX @ Warbeats.com – Warbeats Tutorial – Installing VST plugins Enjoy these free plugins for fl studio, or what ever music software you are using. Please Share to Help Us Grow! This window will close automatically in 15 seconds. Your support is appreciated and encourages us to do more. Do you sell beats or need a music website? or wait 12s