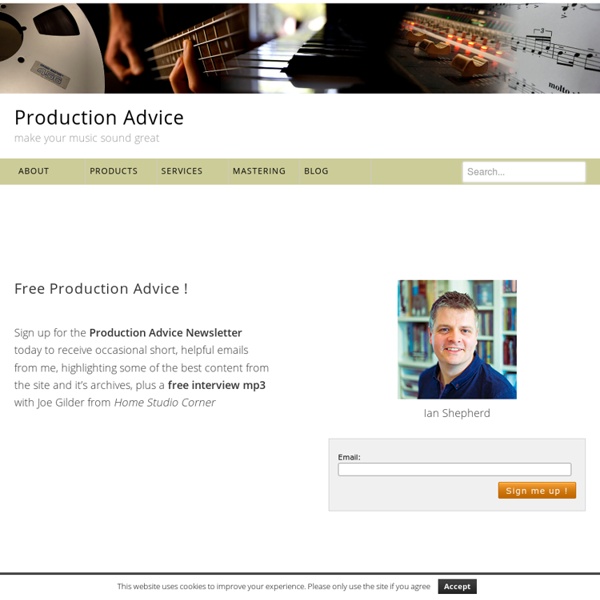 Key Of Grey Mozilla Firefox Vespers Sometimes the most rewarding production tricks or techniques are the simplest ones. Certainly they are often the ones that yield the most “happy accidents,” the term I use for when experimentation yields something that rocks. Over the next while, I’m going to go through some of my go-to tricks for inspiration from unlikely sources – the often overlooked, sometimes misunderstood, always unappreciated devices in Live’s catalog. Today we’re going to kick it off with a not-so-common use of the Live’s Gate. This little guy right here: Everyone (or rather MOST people) know about Live’s sidechain input on its compressor. What many people don’t know about, or at least don’t utilize, is the sidechain in on the Gate device. Like sidechain compression, it’s a useful feature to pull out when making things dovetail together in the mix to clean up a signal, but in general when I use it it’s for an entirely different purpose. Basically the approach is this: 1 – Take a sustained note from a synth.

Music Tech Tutorials | Ableton Live, Reason, Logic, Cubase, Pro General Audio Mixing Techniques - Tips and Tricks | Producer Spot This article is an introduction to mixing technique, some great tips and tricks for helping you to better understand the art of mixing. From first you need to distinguish between mixing and mastering, because it’s a fundamental difference in the techniques and tools used and results. Audio mixing, generically defined is the process by which multiple sounds from various sources (records, sample CDs / Banks, synthesis, etc.) are conbined in one or more audio channels, generally in one stereo. It is important to understand what is the middle of the song. There are some general rules that apply in mixing music. First and most important in my opinion, the golden rule, if you want, is to not touch the MASTER FADER ! To adjust the listening volume using the knob on the control unit monitors the audio interface or amplifier. This is just a personal preference, it’s my golden rule. I noticed that it’s better to work at mixing at a fairly low volume, and this for two reasons. 1. 2.

How To Fix (Almost) Any Set of Audio Speakers Home Hacks | Apartment Therapy Unplggd Previous image Next image A multi-part series, today we are going to show you how to breathe new life into an old pair of speakers. It is a commonly held belief that the newer speakers and audio equipment get, the better they are. Did you know that they make repair kits for those surrounds? What You Need Here is everything that comes in the kit. Uggh! Instructions 1. 2. Just remember that it was attached with glue in the first place, so no biggie to glue it back yourself. 3. 4. 5. Next time we'll show you how those shims fit and actual gluing up of the foam surrounds. (Images: Peter Treadway)

Music Production Tutorials T.E.A.R.S. (The Emotion And Response to Struggle) How to Build the CMoy Pocket Amplifier Chu Moy designed a very popular headphone amplifier that’s easy to build, and it can be built small enough to fit in a pocket, power supply and all. It’s powerful enough to drive very inefficient headphones to thunderous volumes from even weak sources, and it sounds excellent considering that you can build a bare-bones CMoy amp for just US$20, and a pretty nice amp for under $50. Considering that the cheapest of the worthy commercial amps is $100 and most of them are in the $200+ range, this is a very worthwhile cost difference. For these reasons, I think that the CMoy pocket amplifier is an ideal project to get started in audio DIY. If you are a raw newbie and don’t yet have any tools, see the companion article, Getting Started in Audio DIY.

Culture Vaults : Resonant Frequencies and the Human Brain One of the great revelations of 20th century science is that all existence can be broken down into simple wave functions. Every photon, energy emission, and elementary particle rings with its own unique wave signature. When we see a color, we are actually seeing a distinct frequency of visible light. When we hear a sound, our eardrums are actually being vibrated by subtle waves in the air molecules around us. Even the neurochemical processes of human consciousness ­ our very thoughts ­ ring with their own distinct wave patterns. By studying the way that waves interact with other waves, researchers have found that even low-powered oscillations can have enormous effects on standing waves, physical structures, and even the human brain. Tesla first realized the massive potential of resonant waves in 1898 when he performed a simple experiment with an electromechanical oscillator the size of an alarm clock. "The principle cannot fail," Tesla would say. Monroe's Big Discovery The Neural Radio