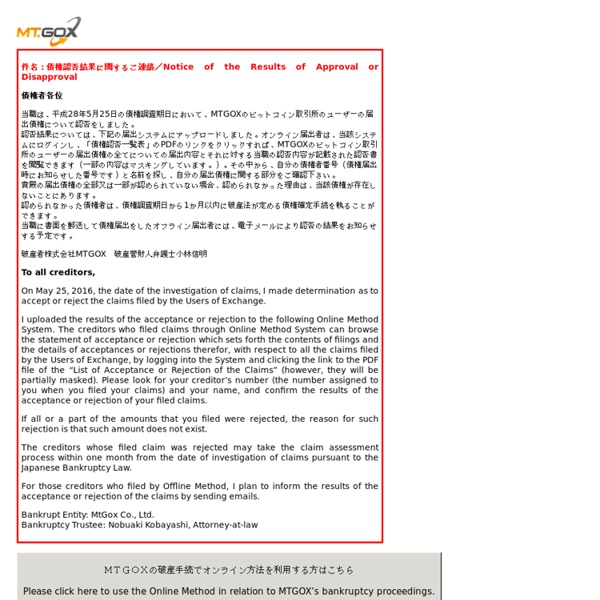 After Crackdown, a New Bitcoin King Emerges in China | Wired Enterprise BTC China CEO Bobby Lee. Photo: BTC China Back in October, we marveled that a then-unknown company named BTC-China had suddenly become the world’s most popular Bitcoin exchange, helping to push the value of the digital currency over $200. But less than three months later, Bitcoin prices have quadrupled, and there’s a new top dog in China: another virtually unknown company called Huobi. At the moment, Bitcoin is the Wild West of international finance — an international peer-to-peer network of computers that, as a whole, lies out of the reach of any one country’s regulation. Big Chinese businesses that were warming up to Bitcoin, such as search giant Baidu, suddenly dropped it. It appeared that the government was going to make it tricky, if not impossible, to fund Bitcoin exchange accounts. While the Central Bank guidelines made things more difficult for Bitcoin businesses, they did not outlaw the currency altogether. How long Huobi will be able to stay on top, however, is unclear.

0daycoins Exchange Mt.Gox Mt. Gox was a Bitcoin exchange based in Tokyo, Japan. It was launched in July 2010, and by 2013 was handling 70% of all Bitcoin transactions.[1] In February 2014, the Mt. Gox company suspended trading, closed its website and exchange service, and filed for a form of bankruptcy protection from creditors called minji saisei, or civil rehabilitation, to allow courts to seek a buyer.[2][3] In April 2014, the company began liquidation proceedings.[4] It announced that around 850,000 bitcoins belonging to customers and the company were missing and likely stolen, an amount valued at more than $450 million at the time.[5][6] Although 200,000 bitcoins have since been "found", the reason(s) for the disappearance—theft, fraud, mismanagement, or a combination of these—are unclear as of March 2014.[7] There has been some speculation of hackers being responsible for the missing Bitcoins, but no speculation of such matter has been proven. History[edit] Name[edit] Mt. Trading incidents[edit] Mt. Mt. Mt.

BTC.re - Regarding Bitcoin, BTC/USD Arbitrage, BTC Investment, Trading Hints, Mining profit calculator Bitstamp Bitstamp is a Bitcoin exchange and in February 2014 was considered the world's largest by CNN, based on trading volume reported by the website BitcoinCharts.[2] The company operates from the United Kingdom, and is headed by CEO Nejc Kodrič, who co-founded the company in 2011 with Damijan Merlak.[1] The company initially operated in Slovenia, but moved its operations to the UK in April 2013.[1] Kodrič is a publicly available, widely known member of the Bitcoin community.[1] The company was founded as a European-focused alternative to then-dominant Bitcoin exchange Mt. Gox.[1] While the company trades in US dollars, it allows money to be deposited through the European Union's Single Euro Payments Area, allowing a relatively quick, low cost way of transferring money from European bank accounts to purchase bitcoins.[1] Bitstamp offers an API to allow clients to use custom software to access and control their accounts.[3] Service disruptions[edit] References[edit] External links[edit]