Andreus Antinopolous. Bitpay. Bets of Bitcoin. Inside Track: Why bitcoin will play a bit part in world of currency. At the time a burger was valued at 0.0131 BTC or £7.50. 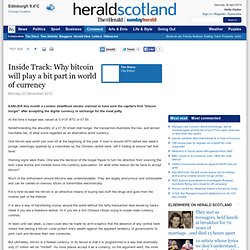 Notwithstanding the absurdity of a £7.50 street stall burger, the transaction illustrates the rise, and almost inevitable fall, of what some regarded as an alternative world currency. One bitcoin was worth just over £8 at the beginning of the year. It rose to around £670 before last week's plunge, seemingly sparked by a crackdown by the Chinese central bank, left it trading at around half that level. Warning signs were there. One was the decision of the burger flipper to turn his attention from sourcing the best value bovine and instead move into currency speculation, for what other reason did he have to accept bitcoin?

Much of the enthusiasm around bitcoins was understandable. For a ne'er-do-well the bitcoin is an attractive means of buying bad stuff like drugs and guns from the murkier part of the internet. It is also a way of transferring money around the world without the hefty transaction fees levied by banks. Edinburgh Travel firm Skyscanner reports 96% growth. Attends Scotland’s first Bitcoin Meet Up. On Tuesday the fourth of February, Edinburgh hosted what is believed to be Scotland’s first ever Bitcoin Meetup and both Alan and I were in attendance. 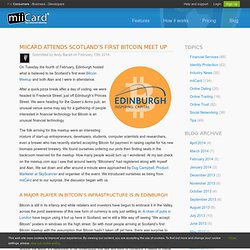 After a quick pizza break after a day of coding, we were headed to Frederick Street, just off Edinburgh’s Princes Street. We were heading for the Queen’s Arms pub, an unusual venue some may say for a gathering of people interested in financial technology but Bitcoin is an unusual financial technology. The folk arriving for this meetup were an interesting mixture of start-up entrepreneurs, developers, students, computer scientists and researchers, even a brewer who has recently started accepting Bitcoin for payment in raising capital for his new biomass powered brewery. We found ourselves ordering our pints then finding seats in the backroom reserved for the meetup.

How many people would turn up I wondered. New cryptocurrency Scotcoin plans to become mainstream in Scotland. Welcome to Forbes. Bitcoin Wallet - Be Your Own Bank. Apple Removes Bitcoin App 'Blockchain' From App Store. Bitcoin Block Explorer - Blockchain.info. iPhone App - My Wallet. Address Book Easily select your favourite merchants from your address book. 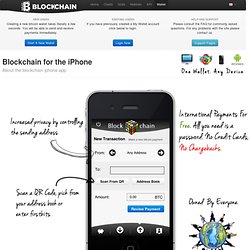 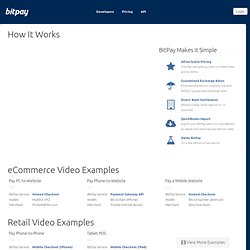 BitPay is an electronic payment processing system for the bitcoin currency. We enable online merchants to accept bitcoins, as a form of payment, just as they accept payments from Visa, Mastercard, or Paypal. In which countries is BitPay available? BitPay is available in every country, and you can set your prices in over 150 different currencies.

How do I get paid? Merchants choosing to keep the bitcoins can be anywhere in the world. When do I get paid? We prefer to send one payment to every merchant each day, which clears out their balance with BitPay. Is there a sandbox or testnet for testing? Not yet. I am getting an error "invalid api key" If you are using SSL for authentication, you should upgrade to the API Token authentication here. If you are using the API Token for authentication, this means you are not supplying the correct API Key. The World's First Automated Bitcoin Trading Robot! Buy and sell bitcoins in Vancouver & Kelowna - Bitcoiniacs - The Bitcoin Store. Now you can buy cars with Bitcoin: Lamborghini adds itself to list of companies that accepts the digital currency.

A Lamborghini dealership sold a Tesla Model S for an unknown sum Tesla Model S starts from £49,900 in the UK, which is around 81 BitcoinsBitcoin value has risen dramatically with the price currently at $1007 (£616)Bitcoin is a peer-to-peer digital currency that works without a central bankIt can be bought with anonymity which supporters say lowers fraud While its popularity is increasingly, China and France have today warned about the risks of using the currency By Ellie Zolfagharifard Published: 14:32 GMT, 5 December 2013 | Updated: 15:13 GMT, 5 December 2013. 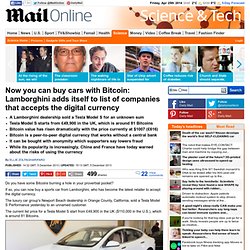 Buy The Way » buy with a little help from my friends. Bitcoin: Experts clash over the crypto-currency. 27 November 2013Last updated at 19:01 ET By Leo Kelion Technology reporter It is possible to buy special computer chips to help generate new bitcoins You can use it to buy beer in Berlin, order pizza in Amsterdam, hire a taxi in Edinburgh, schedule a dental check-up in Ljubljana, do a degree in Nicosia, purchase Alpaca socks from Massachusetts - or even blast off into space with Virgin Galactic. 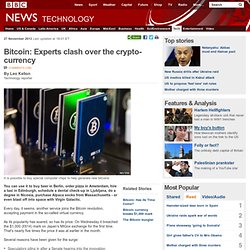 Every day, it seems, another service joins the Bitcoin revolution, accepting payment in the so-called virtual currency. As its popularity has soared, so has its price. On Wednesday it breached the $1,000 (£614) mark on Japan's MtGox exchange for the first time. Several reasons have been given for the surge: If all of that makes it sounds like more of an asset than a real currency, then that's probably because it's a fair description. The BBC's Rory Cellan-Jones explains how Bitcoin works But what makes it important is what it tells us about the role virtual currencies might play in the years to come. Bitcoin Mining Contracts - Cloud Hashing. What is Bitcoin? - We Use Coins. Open source P2P money. 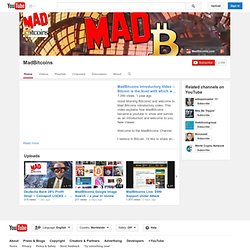 And welcome to Mad Bitcoins introductory video. This video explains how MadBitcoins became a youtube tv show and serves as an introduction and welcome to you, New Viewer. Welcome to the MadBitcoins Channel. I believe in Bitcoin. I'd like to share an old Archimedes quote that is very important with me. Bitcoin is the lever with which we will move the world. Buy MadBitcoins Stickers at Orwellia.com: A personal biographical site.