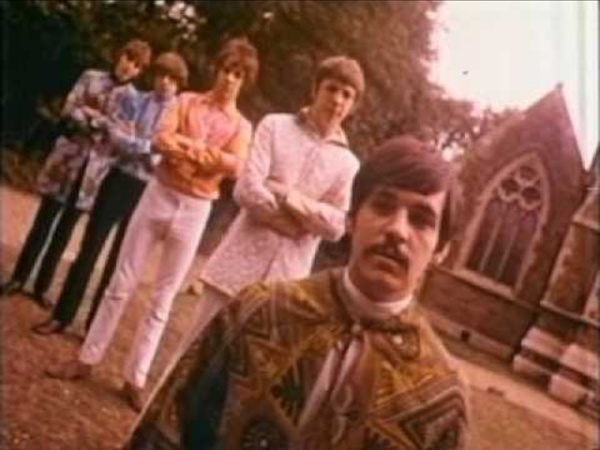 1,000 Jazz Albums You Should Hear Before You Die – The First 500 We have reached the half-way point of our list of 1,000 Jazz Albums You Should Hear Before You Die, and many of you have emailed asking for a complete list of all of the albums on one page. While I will continue to add 20 new albums each week, here is a complete list of the first 500 albums. Remember, there is no ranking system here, and they are in no particular order. Standard Time Volume 1 – Wynton Marsalis (Columbia, 1986) Moanin’ – Art Blakey and the Jazz Messengers (Blue Note, 1958) Live in Paris – Diana Krall (Verve, 2002) Trevor Jones (composer) Trevor Alfred Charles Jones (born 23 March 1949) is a South African orchestral film score composer. Although not especially well known outside the film world, he has composed for numerous films and his music has been critically acclaimed for both its depth and emotion. At the age of five, Jones already had decided to become a film composer. In 1967 he attended the Royal Academy of Music in London with a scholarship and afterwards worked for five years for the BBC on reviews of radio and television music.

25 Websites that will make you look like a Genius 1. Khan Academy Have you ever wanted to pick up a subject you’re not well-versed in, but you didn’t have the money to invest in a college course? Khan Academy aims to provide education at the collegiate level for anyone who wants it. They provide resources for learning pretty much every subject out there, including math, science, history and more.

Lalo Schifrin Biography[edit] Schifrin was born Boris Claudio Schifrin in Buenos Aires to Jewish parents.[2] His father, Luis Schifrin, led the second violin section of the orchestra at the Teatro Colón for three decades.[1] At the age of six, Schifrin began a six-year course of study on piano with Enrique Barenboim, the father of the pianist and conductor Daniel Barenboim. At age 16, Schifrin began studying piano with the Greek-Russian expatriate Andreas Karalis, former head of the Kiev Conservatory, and harmony with Argentine composer Juan Carlos Paz. Michael Andrews (musician) In early 2000, Nancy Juvonen's brother Jim Juvonen gave Andrews a copy of the script for the as-yet-unmade feature film Donnie Darko. As had happened across Hollywood, Andrews was blown away by Richard Kelly’s idea. He recalled "[e]veryone knew Donnie Darko was going to be a cool movie. Everyone knew it was interesting."

Designing Ambiences in Max/MSP Guest article by Andreas Jonsson DSP beginnings Last year, I undertook a one-year Masters in Sound for Moving Image at the Glasgow School of Art, which got me properly introduced to the wonderful world of DSP and the seemingly endless possibilities of Max/MSP. Having dabbled briefly in Pure Data and coming from a background of computer programming, it didn’t take long before it got me completely hooked. The first thing I created was a variation on a sampler keyboard, a sort of homage to my trusty Casio SK-1 and Yamaha VSS-30 keyboards. In doing so, it really opened my eyes to how endless the possibilities could be with DSP and how the only real limitation seems to be ones imagination.

Biography - Diego Dall’Osto Diego Dall'Osto studied Organ, Composition and Electronic music and obtained a PhD in Psychology at the UAB (Autonomous University of Barcelona, in Spain). His activity as a composer of instrumental and electronic music ranges over several areas: concert, theater, opera, ballet, sound installation and video art. His music has been awarded and has been performed at international level. At the moment he teaches 'Harmony and analysis' at the Conservatory of music of Mantova (Italy). studies

JOS Home Page Julius Orion Smith III Home Page Online Books All Publications in Chronological Order JOS Global Index Courses Curriculum Vitae The art of sonification - An interview with Jonas Gruska Born in Czechoslovakia. Studied at Institute of Sonology in The Hague (Netherlands) and at Music Academy in Cracow (Poland). Works mostly with computers and electronics as a musician and sound artist under his civil name, or as Mrkva or Binmatu. He has authored interactive poems and visual performances, and is also a developer of open source computer instruments, artistic software and hardware. Gave workshops on city sonification, printed circuit board design, and programming for artists. Performed and exhibited his work in Belgium, Czech Republic, Finland, Netherlands, Poland, Slovakia; on festivals such as Kraak (Belgium), Audio Art (Poland), Mélos-Ethos (Slovakia) or Next (Slovakia).

Vocal Vibrations: Expressive Performance for Body-Mind Wellbeing Tod Machover, Charles Holbrow, Elena Jessop, and Rebecca Kleinberger. Vocal Vibrations explores the relationships between human physiology and the resonant vibrations of the voice. The voice is an instrument everyone possesses. It is incredibly individual, infinitely expressive, and intimately linked to the physical form. Sounds of Science: The Mystique of Sonification Welcome to the final installment of Hearing the UnHeard, Sounding Out!‘s series on what we don’t hear and how this unheard world affects us. The series started out with my post on hearing, large and small, continued with a piece by China Blue on the sounds of catastrophic impacts, and Milton Garcés’ piece on the infrasonic world of volcanoes.