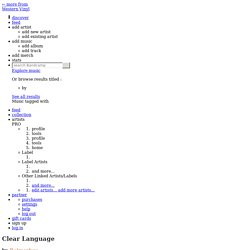 What, in the form of Balmorhea, was there left to say? And did they have the energy to say it? Stranger, the group's maximalist, genre-leaping full-length from 2012, had already seemed to trace the group's farthest bounds. And, over the years, they'd worked with a roving cast of accomplished string and rhythm players to craft a glassy-eyed, sage-brushed, instrumental Americana that, while celebrated in The New Yorker, Pitchfork and The Atlantic, among myriad other press, and attracting the film, ad, and television worlds risked pigeonholing them for good. As they had in the beginning, in 2006, Muller and Lowe worked simply and with restraint, letting intuition guide them as they molded the 10 elegant, spacious gestures that comprise Clear Language. 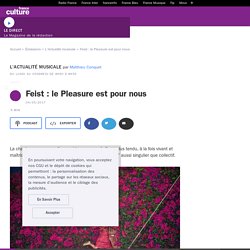 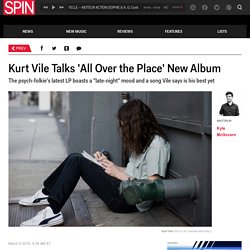 "Somewhere between midnight and three," the singer-songwriter says, "maybe the best stuff happens. " It's late February and the 35-year-old has taken a chunk of time out of his busy schedule — family life as a husband and father of two daughters, professional life as one of indie rock's most gifted guitarists — to discuss his work habits as of late. At the moment, he's in his native city of Philadelphia, but recently he's been traveling around the country, assembling his sixth full-length, the follow-up to 2013's radiant Wakin on a Pretty Daze. So far, recording of the new LP has been split between the East Coast and the West: Vile says he's logged time in studios in Brooklyn, Athens, and Los Angeles. Warpaint: prepare for combat. One thing that takes the tension out of an interview with a notoriously guarded experimental rock band is being surrounded by pets pooing in public. 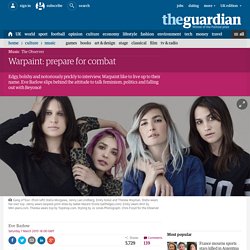 “This dog’s taking a massive shit,” laughs Warpaint’s drummer Stella Mozgawa, struggling to keep her composure. “I’m trying to engage with everyone, but… it’s a big one.” We’re in LA’s hippest doggy playdate spot – the gentrified former ganglands of Echo Park Lake. Guitarist Emily Kokal has been trying to make a serious point about rock ’n’ roll mythology. The problem is that she’s wound up in the same line of view as the rear end of a giant husky relieving itself. It’s hard to make profound statements about your music in these circumstances. Emily and her fellow guitarist Theresa Wayman, childhood friends since the age of 11, are originally from Oregon, Stella is from Sydney and Jenny from Nevada; the band celebrated their 11th anniversary just a few weeks ago.

In performance, the band seem to experience almost shamanic highs. Come Worry With Us! DVD – The Catbird Productions Boutique. A limited DVD edition of COME WORRY WITH US! 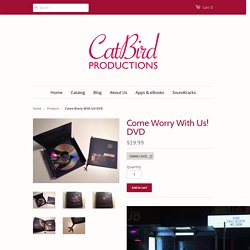 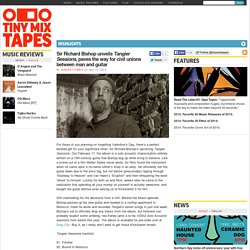 Talkin’ one dollar bill, y’all. Today I received an SMS from my best bro Dunny, telling me about Peaking Lights going on tour in December. Took the bus to Wolmart and got my Bursts. Peaking Lights tour dates: The Decemberists – What A Terrible World, What A Beautiful World: Album stream. The Decemberists’ last album, The King Is Dead, is one of the least likely albums ever to enter the US charts at No 1 – wordy folk pop from a group who look like supply teachers? 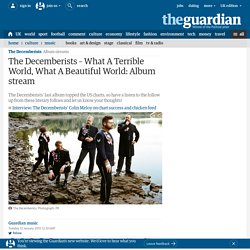 What was going on? It certainly makes their follow-up, What a Terrible World, What a Beautiful World, an intriguing proposition. Will it once again feature pop songs? Or will it be a return to the lengthy, conceptual pieces of previous records? “I think the idea was let’s just go into this blessedly free of concept,” says frontman Colin Meloy. The result is a lush, gorgeous and at times deeply personal album. Panda Bear's MoMA PS1 Boiler Room Set Streaming Right Now. Pitchfork Update A$AP Ferg With his sophomore album on the way, the loveably odd NYC rapper talks to Jeremy Gordon about why everyone from Haim to Ariana Grande wants to work with him, maintaining hip-hop cred while dabbling in the pop world, and combatting evil. 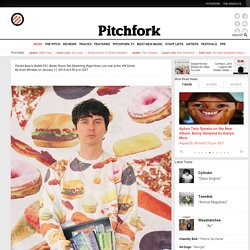 Guest Lists Viet Cong Frontman Matt Flegel of Canadian post-punks Viet Cong talks to Stuart Berman about which classical composer is currently kicking his ass, ethical dilemmas at the ATM, and deep-seated traumas sparked by his grandparents’ choice of glassware. Articles Sleater-Kinney: A Certain Rebellion They were the band that illuminated what it meant to be alive, be queer, be feminist, be disgusted by America—to dance and scream and revel in love and resist death. Here Is a Map of Every State's Favorite Band. Owen Pallett - The Riverbed. 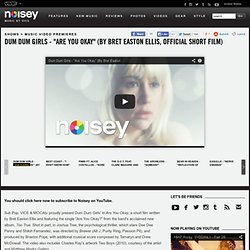 " from the band's acclaimed new album, Too True. Shot in part, in Joshua Tree, the psychological thriller, which stars Dee Dee Penny and Shiloh Fernandez, was directed by Brewer (Alt J, Purity Ring, Passion Pit), and produced by Braxton Pope, with additional musical score composed by Tamaryn and Drew McDowall. The video also includes Charles Ray's artwork Two Boys (2010), courtesy of the artist and Matthew Marks Gallery. Read out interview with Dee Dee of the Dum Dum Girls below. Noisey: The video is a trip. Dee Dee: Yeah. Perhaps in part because I was blonde at the start of product, we were thinking of doing an homage to Brian De Palmer's Dressed to Kill.

Fenster: Mirrors by morrmusic. SoundCloud. Chills. “As Long As We Try A Little” by Thus... The Antlers - "Palace" Sylvan Esso - Coffee (Official Audio)