Steve Pieczenik: The Mossad-Epstein Connection. Steve Pieczenik was born in Havana, Cuba of Eastern European Jewish parents fleeing the Holocaust, he was raised in France and in the United States, where he received degrees in Psychiatry and International Relations from Harvard, Cornell and MIT.

He served as a Deputy Assistant Secretary of State under Henry Kissinger, Cyrus Vance and James Baker and has collaborated on two bestselling book series with spy novelist, Tom Clancy. Pieczenik says here that the Jeffrey Epstein case touches on both 9/11 and on the future of Israel and the takedown of Epstein is a warning to Israel to make peace with Palestine or else. He goes on to say that Israel was involved in 9/11 and in the stand-down of the United States. NASA admits that climate change occurs because of changes in Earth’s solar orbit, and NOT because of SUVs and fossil fuels. (Natural News) For more than 60 years, the National Aeronautics and Space Administration (NASA) has known that the changes occurring to planetary weather patterns are completely natural and normal. 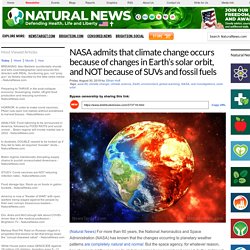 But the space agency, for whatever reason, has chosen to let the man-made global warming hoax persist and spread, to the detriment of human freedom. Renowned Yale Computer Science Prof Leaves Darwinism. He’s not giving up Darwinism without some remorse. 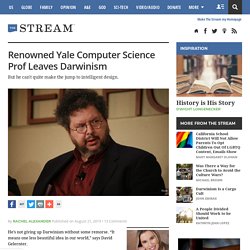 “It means one less beautiful idea in our world,” says David Gelernter. This isn’t someone you’d expect to reject Darwin. He lives and works at the heart of the intellectual establishment. He’s a renowned computer scientist at Yale University — the New York Times called him a “rock star” — and served on the National Council on the Arts. Brussel sprouts nutrition facts and health benefits. Selection and storage. 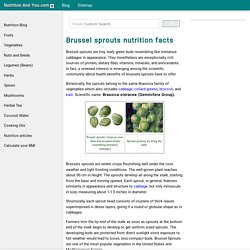 Robert F. Kennedy Jr. Responds to Criticism From His Family About Medical Freedom. CHD NOTE: In early May 2019, Politico Magazine published an article written by three of Robert F. 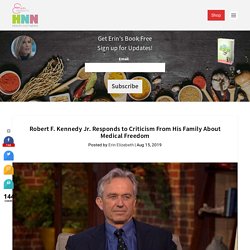 Kennedy, Jr.’s relatives, criticizing his advocacy for safe vaccines. After numerous requests, Politico magazine has refused to publish his response. By Robert F. Larson® Liberty Single-Vent Mid-View Storm Door at Menards® Geranium oil for hair. Nanoparticle Additives in Your Food. Processed food is the antithesis of a healthy diet for a number of different reasons, the addition of unregulated and often undisclosed chemicals being a significant one. 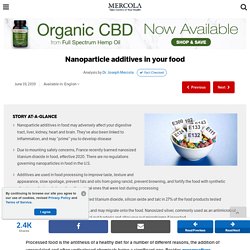 Besides preservatives, emulsifiers, colors and flavors, which are generally listed, there are any number of others that do not have to be disclosed, as they’re considered “processing aids.” Additives are used in food processing to slow spoilage, prevent fats and oils from going rancid, prevent browning, and fortify or enrich the food with synthetic vitamins and minerals to replace the natural ones that were lost during processing. They’re also added to improve taste, texture and appearance, as many processed foods would be as dull and bland as cardboard without some artificial help. But despite widespread use, many food additives have questionable safety profiles, or none at all, since only a small percentage have ever been properly tested. Nanoparticles — A hidden health hazard in processed food? TPA VOL4 NO 07 OKT 2018 DAPHNE NEW SMALL 05. Sr20190204 Special Report Boch.

List of 50+ Foods Containing Weedkiller Ingredient Glyphosate. According to a recent report by the Environmental Working Group, 26 of the 28 cereal, snack bar and oat products, it did tests on had trace amounts of glyphosate, which is the active ingredient in Roundup that is suspected of causing serious health problems, including cancer. 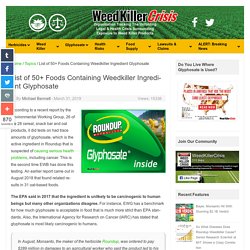 This is the second time EWB has done this testing. An earlier report came out in August 2018 that found related results in 31 oat-based foods. The EPA said in 2017 that the ingredient is unlikely to be carcinogenic to human beings but many other organizations disagree. Dr Amy Yasko - Recovering Autistic children and adults with neurological conditions. Ed & Dr. Amy - ABOUT US. Simplified Treatment Approach Based on the Glutathione Depletion- Methylation Cycle Block Pathogenesis Hypothesis for Chronic Fatigue Syndrome (CFS) by Rich Van Konynenburg, Ph.D. II — Phoenix Rising. Magnesium Wheels. High Magnesium - Beware! Five Types of Real Chemtrails - Just the Facts. Video Details FAQ: #CirrusCloudsMatter: The Shady Truth About Chemtrails. 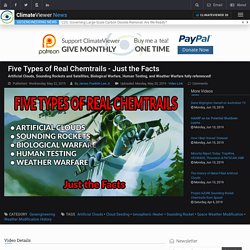 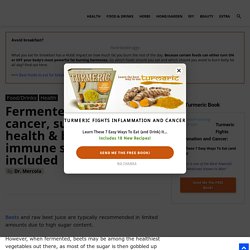 However, when fermented, beets may be among the healthiest vegetables out there, as most of the sugar is then gobbled up by beneficial bacteria during the fermentation process while leaving other health-boosting ingredients intact. Fermented foods are also chock-full of probiotics or good bacteria. A large number of studies have demonstrated how the ideal balance and diversity of bacteria in your gut forms the foundation for physical, mental and emotional well-being, and fermented beet juice has many additional benefits beyond probiotics. Raw Beets Boost Heart Health. 76 percent tumor survival rate, this is unheard of. 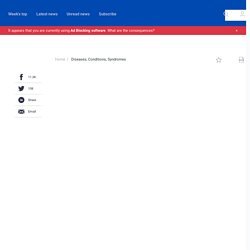 The slow-growing variant form of Lyme bacteria, according to the researchers, may account for the persistent symptoms seen in ten to twenty percent of Lyme patients that are not cured by the current Lyme antibiotic treatment. The study, published March 28 in Discovery Medicine, also found that these "persister" Lyme bacteria were resistant to standard single-antibiotic Lyme treatments currently used to treat Lyme patients, while a three-antibiotic cocktail eradicated the Lyme bacteria in the mouse model.

For their study, the scientists isolated slow-growth forms of the Lyme bacterium, Borrelia burgdorferi. They found that, compared to normal fast-growth forms, the slow-growing forms caused more severe arthritis-like symptoms and resisted standard antibiotic treatment in test tube as well as in a mouse model. Driving force of deteriorating health, Big Ag, and the processed food industry's fight to protect. Commentary by Ronnie Cummins, International Director of Organic Consumers Association “The Nation that destroys its soil destroys itself.” Franklin D. Food Combining Chart. These healthy foods are proven to lower blood pressure better than drugs.