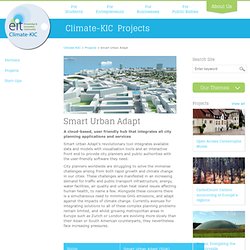 City planners worldwide are struggling to solve the immense challenges arising from both rapid growth and climate change in our cities. These challenges are manifested in an increasing demand for traffic and public transport infrastructure, energy, water facilities, air quality and urban heat island issues affecting human health, to name a few. Alongside these concerns there is a simultaneous need to minimise GHG emissions, and adapt against the impacts of climate change. Theconversation. Analysis and Comment (49) In the wake of this month’s Intergovernmental Panel on Climate Change (IPCC) report on ways to cut global greenhouse gas emissions, accusations began to fly in the media that the report had been censored… The Intergovernmental Panel on Climate Change’s (IPCC) Fifth Assessment Report tells us that CO2 and other greenhouse gas emissions are continuing to rise and that, unchecked, climate change will likely… 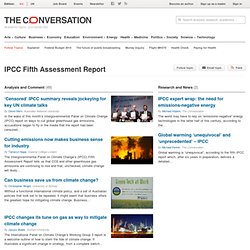 IPCC: emissions cuts are about ethics as well as economics. The new report from the Intergovernmental Panel on Climate Change shows that global greenhouse gas emissions have grown faster than ever over the last decade. 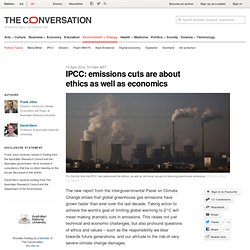 Taking action to achieve the world’s goal of limiting global warming to 2°C will mean making dramatic cuts in emissions. This raises not just technical and economic challenges, but also profound questions of ethics and values – such as the responsibility we bear towards future generations, and our attitude to the risk of very severe climate change damages. The Working Group 3 report – released today as the third and final volume in the current IPCC Fifth Assessment Report – assesses the options for mitigating climate change. It draws on almost 10,000 research papers to map out our knowledge about past, present and future greenhouse emissions, and sets out the ways in which we might attempt to reduce them. 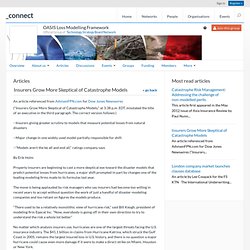 Human Ecosystem Model. United Nations Global Compact. The-Human-Ecosystem-Model. People & Planet's Fossil Free campaign. Follow @fossilfree_UK on Twitter and facebook: Join the Fossil-Free campaign To receive updates on this new campaign and be involved from the start, join our mailing list What is the People & Planet network calling for? 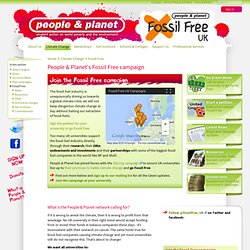 If it is wrong to wreck the climate, then it is wrong to profit from that wreckage. UCL, DIVEST FROM FOSSIL FUELS. 3. Mission, vision, values and guiding principles. The first step is to establish the common ground. 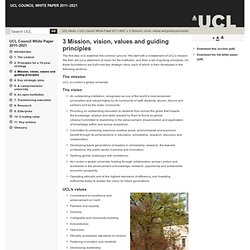 We start with a restatement of UCL’s mission. We then set out a statement of vision for the institution, and then a set of guiding principles. On these foundations are built nine key strategic aims, each of which is then developed in the following sections. The mission UCL is London’s global university. Unburnable carbon 2013: Wasted capital and stranded assets.

This new research from Carbon Tracker and the Grantham Research Institute on Climate Change and the Environment at LSE calls for regulators, governments and investors to re-evaluate energy business models against carbon budgets, to prevent $6trillion carbon bubble in the next decade. 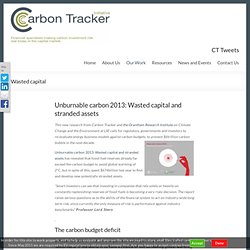 Unburnable carbon 2013: Wasted capital and stranded assets has revealed that fossil fuel reserves already far exceed the carbon budget to avoid global warming of 2°C, but in spite of this, spent $674billion last year to find and develop new potentially stranded assets. “Smart investors can see that investing in companies that rely solely or heavily on constantly replenishing reserves of fossil fuels is becoming a very risky decision.

The report raises serious questions as to the ability of the financial system to act on industry-wide long term risk, since currently the only measure of risk is performance against industry benchmarks.” Professor Lord Stern. ** Global Warming's Terrifying New Math. If the pictures of those towering wildfires in Colorado haven't convinced you, or the size of your AC bill this summer, here are some hard numbers about climate change: June broke or tied 3,215 high-temperature records across the United States. 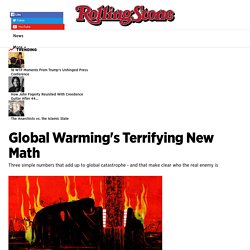 An incubator for positive change in the financial system. Transforming-Finance-Charter. 350.org. Finance of the future: how a more ethical financial system beckons. Costas Lapavitsas, professor in economics at SOAS, speaking at the Transforming Finance conference Photo © Peter Schiazza When the Occupy movement rose up after the financial crisis, protesters were criticised for not having solid ideas of what they wanted. 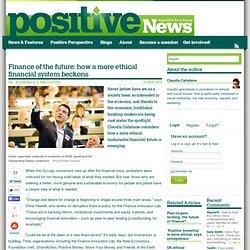 But now, those who are seeking a better, more genuine and sustainable economy for people and planet have a clearer idea of what is needed. Divesting in the future. Bill McKibben talking in Amsterdam as part of the Fossil Free Europe Tour Photo © 350.org A campaign to persuade investors to divest from the fossil fuel industry is the fastest growing campaign of its kind in history, according to a recent study from the University of Oxford. 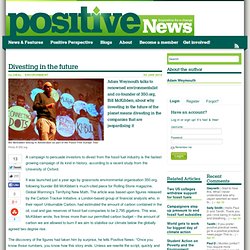