Black Carbon and Heavy Metals: A Deadly Duo to Our Health - Microbe Formulas™ The most dangerous opponent is one that we don’t feel attacking us directly. 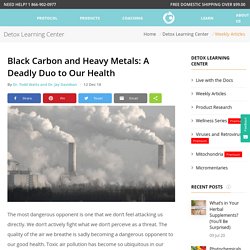 We don’t actively fight what we don’t perceive as a threat. The quality of the air we breathe is sadly becoming a dangerous opponent to our good health. Toxic air pollution has become so ubiquitous in our modern world, and we truly underestimate how harmful it really is. Particulate Matter It’s no secret: Particulate matter is a serious public health issue. FJ1996 v29 n3 p156 162. Alumina Limited. Alumina and aluminium processing creates a range of waste products, the most significant being bauxite residue, a sand and mud (almost in equal parts) slurry that contains most of the iron and silicon impurities from the bauxite along with some residual caustic soda.mercury emissions, which occur through refining operations as mercury naturally occurs in bauxite though its intensity varies from one batch of bauxite to another. 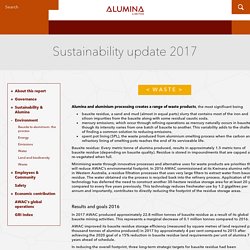 This variability adds to the challenge of finding a common solution to reducing emissions.spent pot lining (SPL), the waste produced from aluminium smelting process when the carbon and refractory lining of smelting pots reaches the end of its serviceable life. Aluminum and Mercury. 'Gadolinium' - Many Of You Have Been Injected With It, Ingest it, But Don't Know It. House Paints Are Making Your Family Sick. A week before Halloween Angel Oakley’s husband brought black and red spray paint home from the hardware store for their six-year-old’s Minecraft costume. 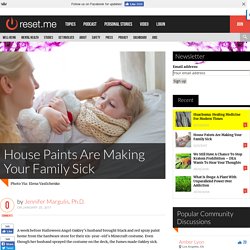 Even though her husband sprayed the costume on the deck, the fumes made Oakley sick. “I got dizzy, lightheaded, and nauseous,” Oakley, a mother of three who lives in Chicago, Illinois, remembers. She opened all the windows, asked her husband to hang the costume in the garage to dry, and tried to sleep it off. But any time she went near the costume, she felt sick all over again. Like other conventional paints, spray paint contains a host of chemicals. Mercury in Your Environment. October 26, 2017 - EPA proposed a rule to require reporting from persons who manufacture (including import) mercury or mercury-added products, or otherwise intentionally use mercury in a manufacturing process. 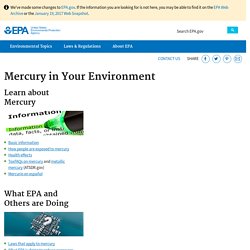 Read the proposed rule. July 18, 2017 - EPA approved water quality criteria rules set mercury limits in fish tissue to protect human health and aquatic-dependent wildlife in California. Politics Poisoning Public Health: What You Need to Know About Arsenic. Lily DaneActivist Post When most of us hear the word “arsenic”, we immediately think “poison” – and for good reason. 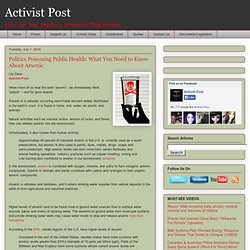 Arsenic is a naturally occurring semi-metal element widely distributed in the earth’s crust. It is found in rocks, soil, water, air, plants, and animals. Natural activities such as volcanic action, erosion of rocks, and forest fires can release arsenic into the environment. Chemical. 10 Chronic Health Problems Caused By Dental Amalgam Fillings Loaded With Mercury – Prepare for Change. By Dena Schmidt; NaturalHealth365 Cases of chronic disease have reached epidemic proportions in the U.S., with issues related to the immune system high on the list. 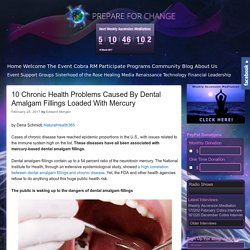 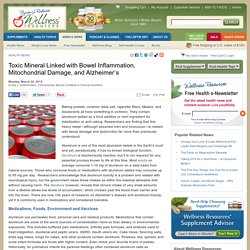 Dobberstein, Chiropractor, Board Certified in Clinical Nutrition Baking powder, common table salt, cigarette filters, Maalox, and deodorants all have something in common. They contain aluminum added as a food additive or inert ingredient for stabilization or anti-caking. Researchers are finding that this heavy metal—although assumed inert and innocuous—is related with tissue damage and dysfunction far more than previously understood. This Metal is Poisoning Our Brains and Causing Alzheimer’s - Page 2 of 3 - NaturalON. Photo credit: bigstock.com Aluminum, the third most abundant metal found in the earth, can be a very useful tool when properly applied and used. 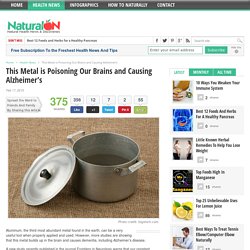 However, more studies are showing that this metal builds up in the brain and causes dementia, including Alzheimer’s disease. A new study recently published in the journal Frontiers in Neurology warns that our constant exposure to this metal leads to brain damage. Lead Toxicity Causes a Host of Surprisingly Unpleasant Health Conditions. University sports jerseys and key chains contaminated with toxic heavy metals that promote neurological damage. (NaturalNews) College sports jerseys, key chains, seat cushions and other memorabilia have been found to contain shockingly high levels of toxic heavy metals like lead, mercury, cadmium and arsenic. 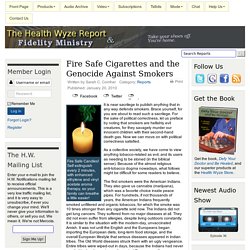 Corriher Sarah C. Corriher Category: Reports Reports. Using a Non-Stick Pan? You May Want to Read This. 25th October 2015 By Dr. The Truth About Modern Cigarettes: What They Don’t Want You To Know. By Dr. Asbestos found inside kids crayons. 4 Sources of Arsenic You’d Never Expect. 11th May 2015 By Dr. Edward F. Popular cigarettes found to contain toxic metals: Lead, Cadmium, Arsenic and Aluminum. (NaturalNews) Today I'm publishing the laboratory test results that document the levels of lead, cadmium, arsenic and aluminum found in popular cigarettes and cigarette rolling paper. The good news is that the concentrations of metals are very low in the rolling paper. The Killer in Your Kitchen: The One Item You Probably Use Everyday - NaturalON. Photo credit: bigstock.com. “DO YOU REALLY KNOW THE TRUTH ABOUT CHEMTRAILS?”

Written By: Native American Shaman/High Holy Man. E-Cigarette Poisonings Skyrocket, Mostly in Kids. Calls to U.S. poison control centers about people sickened by e-cigarettes containing liquid nicotine have soared in the past four years, climbing from just one a month in 2010 to at least 215 per month this year, federal health officials said Thursday. How to Give BPA the Boot. Non-Toxic Alternatives to BPA and BPA-Free Bottles.

The Lies We are Told about Pesticides - NaturalON. Photo credit: bigstock.com.