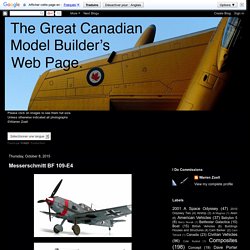 I don't know if it is a running problem with the kit. but when I built it I discovered that the engine covers would not fit properly by a good 1/16th of an inch in some places. So as a result some top parts of the engine had to be removed and the inside of the covers shaved in order to get the covers to fit. I couldn't see any plastic warping and the engine did fit into its proper position in the fuselage. So as a result I had no option but to glue the covers into place. From Wikipedia"The E-3 was replaced by the E-4 (with many airframes being upgraded to E-4 standards starting at the beginning of the Battle of Britain) which was different in some small details, most notably by using the modified 20 mm MG-FF/M wing cannon and having improved head armour for the pilot. 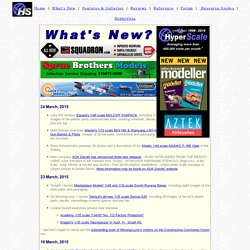 LARGE SCALE MODELLER - LSM | Online Forum. SCALEMATES | Online Forum. CYBERMODELER | Online Forum. AEROSCALE | Online Forum. DEAGOSTINI MODEL SPACE | Forum. BRITMODELLER | Forum. Modellversium - Modellbau Magazin. MODELING MADNESS: The Finest Review Site on the Web. Large Scale Planes. Internet Modeler. ModelWeb. The best in Science Fiction and Monster Models. Modelismo. Model Kit Reviews and hobby news with photo galleries of build plastic model kits. Teamsquadron, Author at Squadron Community. There was a time when plastic cement was called Britfix 77 and only came in a tube, when an airbrush was something that looked as intimidating and off limits as a real gun and when it took 2 minutes to soak aftermarket decals from its backing. 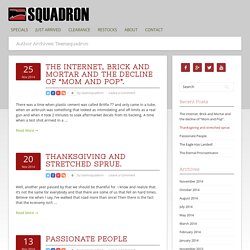 A time when a test shot arrived in a … Read More → Well, another year passed by that we should be thankful for. I know and realize that it’s not the same for everybody and that there are some of us that fell on hard times. Believe me when I say, I’ve walked that road more than once! Then there is the fact that the economy isn’t … Read More → How passionate are we about our hobby? APRJ - plastic modeling Association of Rio de Janeiro. Scale modelling in Singapore. Home - www.acig.org. Онлайн музей боевой техники.