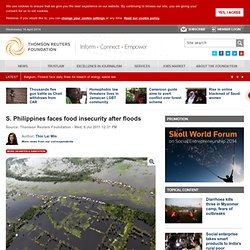 World Food Programme has said. The waters have now subsided considerably. But U.N. agencies are also worried about living conditions for tens of thousands who remain in evacuation centres with few or no health and sanitation facilities. More than half a million people in Cotabato City and Maguindanao Province on the southern island of Mindanao have been caught up in flash floods that occurred last month. Thousands of hectares of rice and corn have been damaged. “WFP is concerned about the long-term food security implications for those farmers whose crops have been devastated by floods, particularly since some of the damaged crops were due to be harvested in September,” Marcus Prior, WFP’s Bangkok-based regional spokesperson, told AlertNet.

The next harvest is not for another six months. Best of Russia on display. The motto of the exhibit—“the main thing is not winning but participating”—is often seen as consolation for losers, but in the Best of Russia 2010 contest, this phrase is synonymous with success. 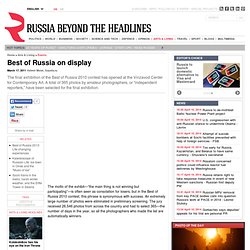 An extremely large number of photos were eliminated in preliminary screening. The jury received 26,546 photos from across the country and had to select 365—the number of days in the year, so all the photographers who made the list are automatically winners. The exhibit is far from an endorsement of the official view of “the Russian way of life.” There are plenty of pictures among the winning photos that do not reflect mainstream views. For example, there are images of police reprisals against opposition protestors, summer forest fires, poverty in society and ethnic conflicts. Global Voices · Les revues de blogs du monde entier. News Places. 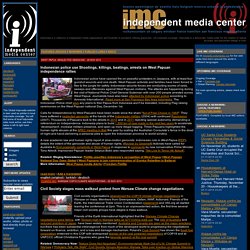 West Papuan activists and families have been forced to flee to the jungle for safety. Indonesian security forces are conducting scores of raids, sweeps and offensives against West Papuan civilians. The attacks are happening during the visit of National Police Chief General Sutarman with over 200 people arrested across West Papua. Calls for Independence by West Papuans have been made since the sham "Act of Free Choice in 1969". A new academic law and human rights report A slow-motion genocide: Indonesian rule in West Papua (PDF), details the extent of the genocide and abuse of human rights. 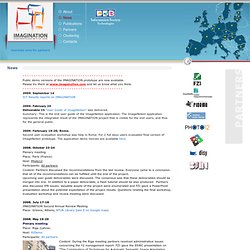