Chinese Thieves Exploit Facial Recognition Mobile Payment System to Steal. A Chinese man recently had his money stolen from his bank account after his roommates scanned his face while he was asleep to make online payments with the facial recognition function. 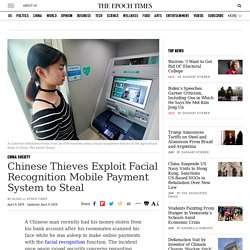 The incident once again raised security concerns regarding biometrics-based technologies. According to an April 8 report by Chinese media Chengdu Economic Daily, a busboy surnamed Yuan lived with two roommates in Ningbo City, Zhejiang Province. Recently, when he checked the balance in his bank account, he was shocked to discover that there was only 0.59 yuan (about $0.09) when he allegedly had about 12,000 yuan ($1,787) in the account.

He reported the theft to local police immediately. After an initial investigation, police suspected that Yuan’s two roommates, surnamed Liu and Yang, may have stolen the money. Police also found that normally, facial recognition would not work when a person’s eyes are closed. However, many Chinese prefer the convenience of using such technology. Chinese driver gets ticket for scratching his face. Chinese police are using facial-recognition glasses to scan travelers. Chinese Facial Recognition Will Take over the World in 2019. The leaders in artificial intelligence of facial recognition; Microsoft, Facebook, Amazon or Google? 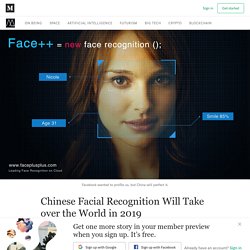 Think again. Kristin at Futurism said something I thought was funny: The Chinese Gods in the Data Age The best facial recognition startups are in China, by a long-shot. As their software is less biased, global adoption is occurring via their software. A computer system that can track and identify any face anywhere is coming to global citizens. In a world where business and technology trumps ethics and regulation, America is already being hacked. The golden age of consumer data harvesting might fuel new AI that not only exploits our attention, but our emotions and basic drives. Let’s Choose to Live in a ‘Safe City’ The surveillance tools are identical to those used in Sky Net in China, the largest video surveillance system on Earth, Chinese government research institutes and a company involved in the project said. 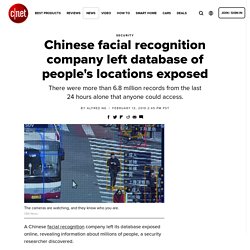 SenseNets, a company based in Shenzhen, China, offers facial recognition technology and crowd analysis, which the company boasted in a promotional video could track people across cities and pick them out in large groups. But the company failed to protect that database with a password, Victor Gevers, a Dutch security researcher with the GDI Foundation, discovered Wednesday. The database contained more than 2.5 million records on people, including their ID card number, their address, birthday, and locations where SenseNets' facial recognition has spotted them. From the last 24 hours alone, there were more than 6.8 million locations logged, Gevers said.

Anyone would be able to look at these records and track a person's movements based on SenseNets' real-time facial recognition. China’s Face-Scanning Craze. Dystopia starts with 23.6 inches of toilet paper. 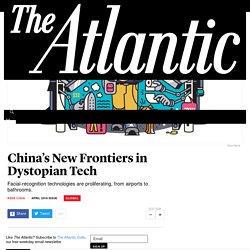 That’s how much the dispensers at the entrance of the public restrooms at Beijing’s Temple of Heaven dole out in a program involving facial-recognition scanners—part of the president’s “Toilet Revolution,” which seeks to modernize public toilets. Want more? Forget it. If you go back to the scanner before nine minutes are up, it will recognize you and issue this terse refusal: “Please try again later.” China is rife with face-scanning technology worthy of Black Mirror. The system seems to be working: Since last May, the number of jaywalking violations at one of Jinan’s major intersections has plummeted from 200 a day to 20. Across the country, other applications of the technology are proliferating.