What's Up With Everyone? Finding a passion for social responsibility by understanding privilege. Does true grit just belong in movies? Or can we teach it to our children? The 10 Most Significant Education Studies of 2020. Calling 2020 a turbulent year would be an understatement. 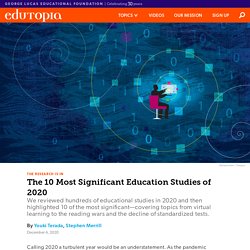 Twenty photographs of the week. Why soil is one of the most amazing things on Earth - BBC Ideas. Michael Specter: The danger of science denial. Developing Quality in Mathematics Education. Complying with EU data privacy laws: The DQME3 Project Personal Data Protection Policy From May 25th, 2018 new EU laws have been in force to protect personal data privacy. 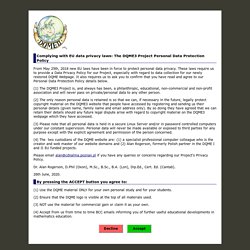 These laws require us to provide a Data Privacy Policy for our Project, especially with regard to data collection for our newly restored DQME Webpage. It also requires us to ask you to confirm that you have read and agree to our Personal Data Protection Policy details below. Strategic Intelligence. Anderson and Krathwohl - Bloom's Taxonomy Revised - The Second Principle. Understanding the New Version of Bloom’s Taxonomy ©Leslie Owen Wilson (2016, 2013, 2005, 2001) Contact Leslie. The Socratic Method. Authentic Student Learning. The benefits of note-taking by hand - BBC Worklife. The Pen Is Mightier Than The Keyboard: Advantages of Longhand Over Laptop Note Taking. Module 2: Fashion’s dirty secret - ECF Circular Fashion Education Programme — Redress. 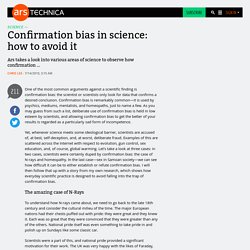 Confirmation bias is remarkably common—it is used by psychics, mediums, mentalists, and homeopaths, just to name a few. As you may guess from such a list, deliberate use of confirmation bias is held in low esteem by scientists, and allowing confirmation bias to get the better of your results is regarded as a particularly sad form of incompetence. Yet, whenever science meets some ideological barrier, scientists are accused of, at best, self-deception, and, at worst, deliberate fraud. Examples of this are scattered across the Internet with respect to evolution, gun control, sex education, and, of course, global warming. L. Jones T&L page. Is not a pedagogy. An article by Sarah Bergsen, Erik Meester, Paul Kirschner and Anna Bosman. 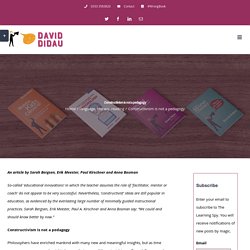 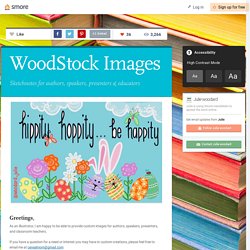 (2) Q&A: How to Think Like a Mathematician - with Eugenia Cheng. Celebrate St. Patrick's Day By Watching Adorable Toddler Join Irish Woman for Dance in the Street. How to improve education with play and tech. Education technology is exploding, expected to reach $342 billion in 2025. 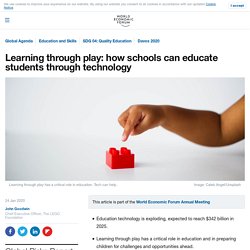 Learning through play has a critical role in education and in preparing children for challenges and opportunities ahead. Creating a playful learning environment with technology can tap into children's natural ability to learn through play – and develop the rapid learning skills essential today. Education systems around the world will need to evolve to better meet the needs of a rapidly evolving economy and society. Unfortunately, many education systems remain outdated – designed for old industry models and societies of the past. In addition, national economic reform often prioritizes upskilling the current labor market to transfer between jobs, in both old and emerging industries, rather than investing in the future of our economy by reforming the education system.

Studies suggest how to guide students for peer interaction. The Hechinger Report is a national nonprofit newsroom that reports on one topic: education. 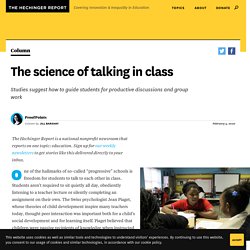 Fighting Fake News in the Classroom. PISA scores were recently released, and results of the international test revealed that only 14 percent of U.S. students were able to reliably distinguish between fact and opinion. 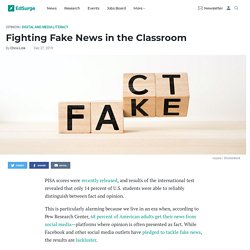 This is particularly alarming because we live in an era when, according to Pew Research Center, 68 percent of American adults get their news from social media—platforms where opinion is often presented as fact. While Facebook and other social media outlets have pledged to tackle fake news, the results are lackluster. Authenticity in assessment, (re-)defined and explained. What is “authentic assessment”? 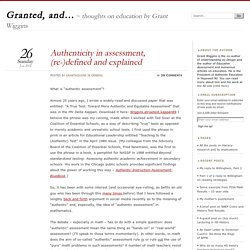 Almost 25 years ago, I wrote a widely-read and discussed paper that was entitled: “A True Test: Toward More Authentic and Equitable Assessment” that was in the Phi Delta Kappan. Download it here: Wiggins.atruetest.kappan89 I believe the phrase was my coining, made when I worked with Ted Sizer at the Coalition of Essential Schools, as a way of describing “true” tests as opposed to merely academic and unrealistic school tests. I first used the phrase in print in an article for Educational Leadership entitled “Teaching to the (Authentic) Test” in the April 1989 issue. The Language You Speak Influences What You Look At. Psycholinguistics is a field at the intersection of psychology and linguistics, and one of its recent discoveries is that the languages we speak influence our eye movements. 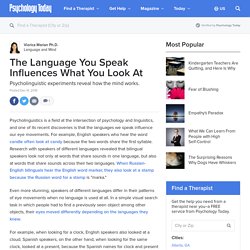 For example, English speakers who hear the word candle often look at candy because the two words share the first syllable. Research with speakers of different languages revealed that bilingual speakers look not only at words that share sounds in one language, but also at words that share sounds across their two languages. When Russian-English bilinguals hear the English word marker, they also look at a stamp because the Russian word for a stamp is "marka.