A Growing Demand For Wilderness Education May Widen Learning Inequality - MindShift. Asher spent three weeks at Earthwork camp this summer, with the kids all in masks and mostly keeping 6 feet apart. 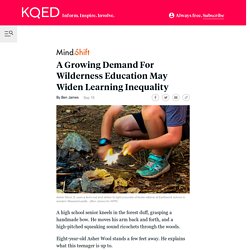 And even though he'll be in school this fall — "We're probably doing Zoom school," he says — he'll also be out in these woods one full day a week, participating in a program that was previously only available to home-schooled kids. His mom, Andrea Wool, says with the demands of remote schooling, her son is going to need every minute in the woods he can get. "It's just a lot of time on a screen," Wool says. "And Asher's a wiggly kid. He likes to move. " Golden age of outdoor education Demand has surged for outdoor and wilderness programs, driven by parents desperate to get their kids off-screen and out of the house. "I think we're entering the golden age of outdoor education," says Sam Stegeman, executive director of the Vermont Wilderness School. 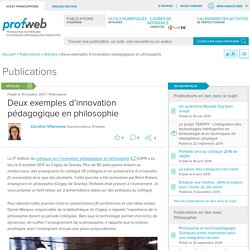 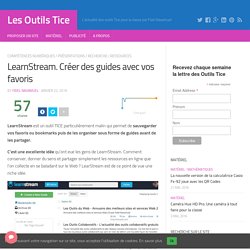 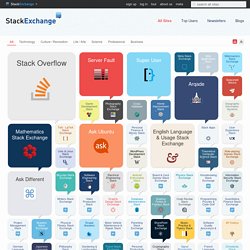 PlayMaker. Educade. 50+ Tools for Differentiating Instruction Through Social Media. Imagine a world where resources were limited to what was found in the classroom or the school closet known as the "Curriculum Materials Room. 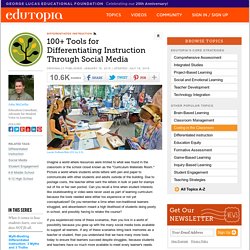 " Picture a world where students wrote letters with pen and paper to communicate with other students and adults outside of the building. Due to postage costs, the teacher either sent the letters in bulk or paid for stamps out of his or her own pocket. Can you recall a time when student interests like skateboarding or video were never used as part of learning curriculum because the tools needed were either too expensive or not yet conceptualized? Do you remember a time when non-traditional learners struggled, and absenteeism meant a high likelihood of students doing poorly in school, and possibly having to retake the course? If you experienced none of these scenarios, then you live in a world of possibility because you grew up with the many social media tools available to support all learners. Selecting the Right Tool. Enseigner l’histoire en seconde avec les TICE : le prof devient un « chef d’orchestre » Au lycée Kastler de Guebwiller, les élèves utilisent des tablettes, Moodle et Dropbox pour créer, ensemble, le cours. 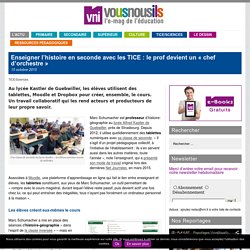 A global leader in flexible learning. Open University Innovations Report #4. This series of help sheets is designed for people who are trying out distance and online education for the first time, and for teachers who have already taught at a distance and want to try something new. 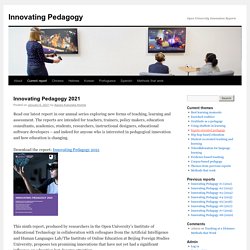 Each help sheet outlines one approach to learning at a distance and provides guidance on how to put this into practice. All the help sheets are based on approaches covered in past Innovating Pedagogy reports and take into account that students may have only limited access to technology and the Internet. The latest report in our annual series explores new forms of teaching, learning and assessment for an interactive world, to guide teachers and policy makers in productive innovation. Download Innovating Pedagogy 2020 This eighth report, produced in collaboration with the National Institute for Digital Learning (NIDL), Dublin City University, Ireland, proposes ten innovations that are already in currency but have not yet had a profound influence on education in their current form. The Open University Innovating Pedagogy 2014 0. Focusoninquiry. Ken Robinson : Comment échapper à la vallée de la mort de l’éducation .

These gentlemen are the primary authors of the revisions to what had become known as Bloom’s Taxonomy — an ordering of cognitive skills. Here in the United States, from the late 1950s into the early 1970s, there were attempts to dissect and classify the varied domains of human learning – cognitive (knowing, or head), affective (emotions, feelings, or heart) and psychomotor (doing, or kinesthetic, tactile, haptic or hand/body). While all of the taxonomies above have been defined and used for many years, there came about at the beginning of the 21st century in a new version of the cognitive taxonomy, known commonly before as Bloom’s Taxonomy.