Literature. Film. Very Long-Term Backup. Flux – Upgrade Democracy. Drawing a line in the sand: 100 years of the Sykes-Picot Agreement - Rear Vision. One hundred years ago this week, a secret deal was signed between the British and French that has defined Middle East politics ever since. 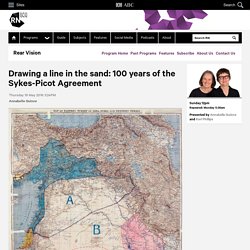 Annabelle Quince explains the history of the Sykes-Picot Agreement. On May 16, 1916—100 years ago this week—the British and the French signed a secret deal to redraw the borders of the Middle East. The Sykes-Picot Agreement ignored the political aspirations of Arabs and divided the Middle East between Britain and France, defining Middle Eastern politics to this day. Theconversation. This is one of two final articles in our Coping with Mortality series. 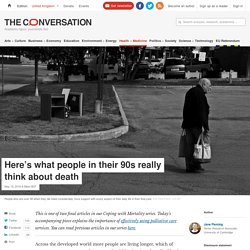 Home » Wing Chun Illustrated. Slashdot. An anonymous reader writes: In the decades following World War 2, there was a dramatic expansion in choices for consumers. 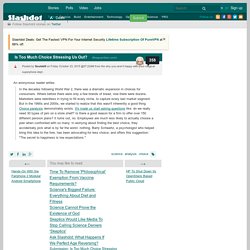 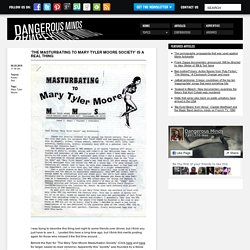 Apparently this “society” was founded by a fellow named James J. Kagel of Cleveland, Ohio. Mr. London Review Bookshop. Located in the heart of Bloomsbury, just a Rosetta Stone’s throw from the British Museum, the London Review Bookshop has established itself as an essential part of the capital’s cultural life. 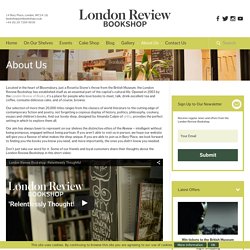 Opened in 2003 by the London Review of Books, it’s a place for people who love books to meet, talk, drink excellent tea and coffee, consume delicious cake, and of course, browse. Caring doesn't scale. We are social creatures. 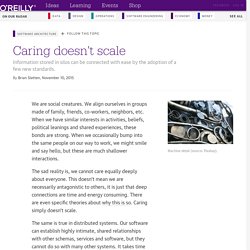 We align ourselves in groups made of family, friends, co-workers, neighbors, etc. When we have similar interests in activities, beliefs, political leanings and shared experiences, these bonds are strong. When we occasionally bump into the same people on our way to work, we might smile and say hello, but these are much shallower interactions.

The sad reality is, we cannot care equally deeply about everyone. This doesn't mean we are necessarily antagonistic to others, it is just that deep connections are time and energy consuming. Dunbar's number. Göreme. Göreme (pronounced [ˈɟøɾeme]; Ancient Greek: Κόραμα, Kòrama), located among the "fairy chimney" rock formations, is a town in Cappadocia, a historical region of Turkey. 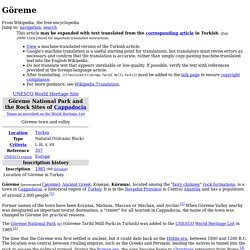 It is in the Nevşehir Province in Central Anatolia and has a population of around 2,000 people.[1] Former names of the town have been Korama, Matiana, Maccan or Machan, and Avcilar.[2] When Göreme Valley nearby was designated an important tourist destination, a "center" for all tourism in Cappadocia, the name of the town was changed to Göreme for practical reasons. The Göreme National Park (tr) (Göreme Tarihî Millî Parkı in Turkish) was added to the UNESCO World Heritage List in 1985.[1] How Much Water Reached Rome? (Courtesy Duncan Keenan-Jones, University of Glasgow) Anio Novus aqueduct, ItalyRome’s 11 aqueducts, some extending for more than 50 miles, transported enough water to feed the city’s 591 public fountains, as well as countless private residences. 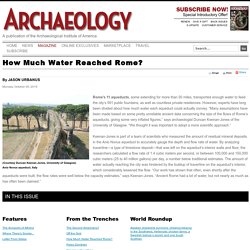 However, experts have long been divided about how much water each aqueduct could actually convey. “Many assumptions have been made based on some pretty unreliable ancient data concerning the size of the flows of Rome’s aqueducts, giving some very inflated figures,” says archaeologist Duncan Keenan-Jones of the University of Glasgow. 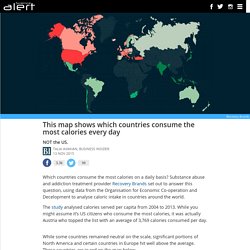 Substance abuse and addiction treatment provider Recovery Brands set out to answer this question, using data from the Organisation for Economic Co-operation and Decelopment to analyse caloric intake in countries around the world. The study analysed calories served per capita from 2004 to 2013. While you might assume it’s US citizens who consume the most calories, it was actually Austria who topped the list with an average of 3,769 calories consumed per day. While some countries remained neutral on the scale, significant portions of North America and certain countries in Europe hit well above the average.

Those countries are in red on the map below.

Economics-why do we pay for what we don't have 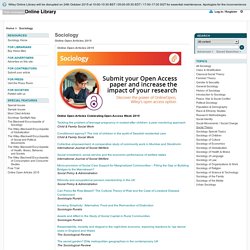 Collective empowerment: A comparative study of community work in Mumbai and Stockholm - Sjöberg - 2014 - International Journal of Social Welfare. Collective empowerment: conditions From the gathered discourses of the research participants, three intersecting conditions for collective empowerment were identified and analysed. Social investment, social service and the economic performance of welfare states - Ahn - 2014 - International Journal of Social Welfare. Abstract This article begins with an examination of the role of social services as the key instrument of social investment strategy, presenting an empirical analysis of its impact on economic performance. A pooled time series, cross-section analysis was conducted with the data of 15 welfare states from 1990 to 2007 under the ‘social investment hypothesis’ that more social service orientedness brings about a greater positive effect on the economy.

The results show that a larger share of social service spending in the total social expenditure – more social service orientedness – contributes to economic growth and labour market performance, whereas a larger aggregate size of the welfare state may have a negative effect on employment. In conclusion, this study suggests that the relatively ambiguous welfare strategy of social investment could be clarified as a ‘transition from income security to livelihood security’ in which emphasis is placed on social service.

Provide feedback or get help. Respectability, morality and disgust in the night-time economy: exploring reactions to ‘lap dance’ clubs in England and Wales - Hubbard - 2015 - The Sociological Review. Abstract. Micro-provision of Social Care Support for Marginalized Communities – Filling the Gap or Building Bridges to the Mainstream? - Needham - 2015 - Social Policy & Administration. Abstract As English social care services reconstruct themselves in response to the personalization agenda, there is increased interest in the contribution of micro-providers – very small community-based organizations, which can work directly with individuals.

These micro-providers are assumed to be able to cater for the ‘seldom heard’ groups which have been marginalized within mainstream social care services. This article reviews recent literature from the UK published in peer-reviewed journals from 2000 to 2013 on support provision for people with protected characteristics under the Equality Act 2010. It considers the marginalising dynamics in mainstream, statutory social care support provision, and how far local community, specialist or small-scale services are responding to unmet need for support and advice among marginalized groups. Provide feedback or get help. Human Potential: How To Value Your Own Existence. We're all aliens... how humans began life in outer space - Science - News - The Independent. Environmentalist says humans are plague on Earth. How Do Humans Add Value? World's Brightest Minds Pose After Historic Quantum Mechanics Debate : Solvay Conference, 1927. Full text of "Weil, Simone The Need For Roots, Prelude To A Declaration Of Duties Towards Mankind"

Ten Bad Reasons to Be Pagan. Mary Midgley. Mary Beatrice Midgley (née Scrutton; born 13 September 1919) is an English moral philosopher. She was a Senior Lecturer in Philosophy at Newcastle University and is known for her work on science, ethics and animal rights. Hilary Rubinstein. Hilary Rubinstein (26 April 1926 – 22 May 2012) was a British publisher and literary agent. Martha Nussbaum. American philosopher and academic Martha Craven Nussbaum[a] (born 1947) is an American philosopher and the current Ernst Freund Distinguished Service Professor of Law and Ethics at the University of Chicago, where she is jointly appointed in the law school and the philosophy department.

What Tesla is about to announce about gigantic batteries, and why it matters. Heteronomous language. Imaginary. Heteronomy. The Myth of Human Progress and the Collapse of Complex Societies. Great Heathen Army.