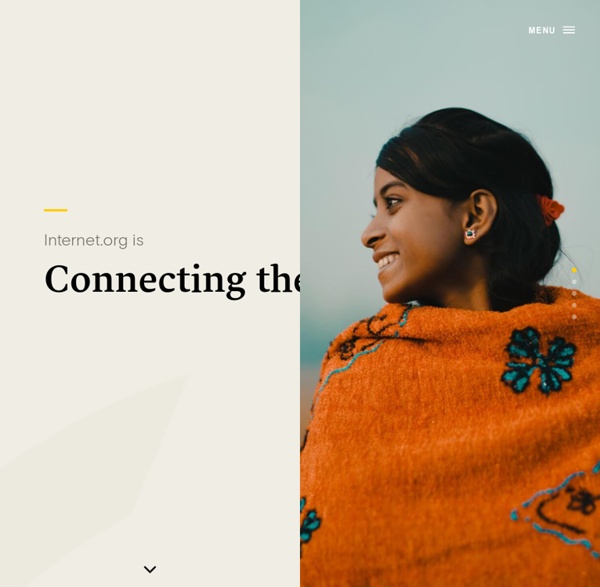 Enevold Brandt Count Enevold Brandt (1738 - 28 April 1772) was a Danish courtier. Notes[edit] References[edit] "Brandt, Enevold, Count". 'Free Basics' Will Take Away More Than Our Right to the Internet As the TRAI decides the fate of Free Basics, Mark Zuckerberg is in India with ₹100 crore, in pocket change, for advertising. Facebook’s Free Basics is a repackaged internet.org, or in other words, a system where Facebook decides what parts of the internet are important to users. Reliance, Facebook’s Indian partner in the Free Basics venture, is an Indian mega-corporation with interests in telecom, energy, food, retail, infrastructure and, of course, land. Reliance obtained land for its rural cell phone towers from the government of India and grabbed land from farmers for SEZ’s through violence and deceit.

resilience.io – Supported by The Ecological Sequestration Trust resilience.io is an open-source, cloud-based regional platform, which gathers satellite/earth observation, open government and crowd-sourced economic, social and environmental data together in one place, in an understandable, palatable and visual format. Backed by an advanced systems model1, resilience.io integrates human-ecological-economic systems2 and calculates the current resource flows from economic, human and ecological activity and the impact on human well-being. With this base, it can be used to visualise and predict the outcome of different scenarios which results in better planning and decision-making for a achieving transformation to a more resilient city-region. Importantly, resilience.io enables economically beneficial resource management to be funded through new direct investment into a wide variety of projects, which use and contribute to the data in the platform. It also insures against extreme risks, especially in energy, water and food security. Want to know more?

Value pluralism Value-pluralism is a theory in metaethics, rather than a theory of normative ethics, or a set of values in itself. Oxford philosopher and historian of ideas Isaiah Berlin is credited with being the first to popularize a substantial work describing the theory of objective value-pluralism, bringing it to the attention of academia (cf. the Isaiah Berlin Virtual Library). The related idea that fundamental values can and, in some cases, do conflict with each other is prominent in the thought of Max Weber, captured in his notion of "polytheism". India puts brakes on Facebook's Free Basics scheme Image copyright Getty Images Facebook's effort to provide Indians with free access to a limited number of internet services has run into trouble. India's telecoms regulator has asked the mobile network that partnered with the US firm to put their Free Basics offer on hold. Data fees are relatively expensive in India, and the initiative aims to prevent this being a deterrent.

Bernard Williams Sir Bernard Arthur Owen Williams, FBA (21 September 1929 – 10 June 2003) was an English moral philosopher. His publications include Problems of the Self (1973), Ethics and the Limits of Philosophy (1985), Shame and Necessity (1993), and Truth and Truthfulness (2002). He was knighted in 1999. As Knightbridge Professor of Philosophy at the University of Cambridge and Deutsch Professor of Philosophy at the University of California, Berkeley, Williams became known for his efforts to reorient the study of moral philosophy to psychology, history, and in particular to the Greeks.[1][2] Described by Colin McGinn as an "analytical philosopher with the soul of a general humanist," he was sceptical about attempts to create a foundation for moral philosophy. Martha Nussbaum wrote that he demanded of philosophy that it "come to terms with, and contain, the difficulty and complexity of human life

Why defeat in India leaves an uncertain path for Facebook's 'Free Basics' Weeks after chiding Facebook for lobbying its users to support the controversial "Free Basics" service through a “crudely majoritarian and orchestrated opinion poll,” India’s telecommunications regulator has banned the service. Free Basics, which the social media giant launched in 2013 as Internet.org, is intended to provide stripped down Internet capabilities for free to people in rural and poor communities around the world. While Facebook has pointed to the service’s humanitarian potential, critics have long argued that Free Basics’ offer of only a small number of websites, and its partnerships with a small number of mobile carriers — in India, only a single carrier offered the service — violates net neutrality (the idea that users shouldn’t be directed to particular sites or blocked from accessing others). In its decision, released on Monday, the Telecom Regulatory Authority of India agreed, saying that it would act to prohibit “discriminatory tariffs” paid by users to go online.

Martha Nussbaum American philosopher and academic Martha Craven Nussbaum[a] (born 1947) is an American philosopher and the current Ernst Freund Distinguished Service Professor of Law and Ethics at the University of Chicago, where she is jointly appointed in the law school and the philosophy department. She has a particular interest in ancient Greek and Roman philosophy, political philosophy, feminism, and ethics, including animal rights. She also holds associate appointments in classics, divinity, and political science, is a member of the Committee on Southern Asian Studies, and a board member of the Human Rights Program. She previously taught at Harvard and Brown.[3][4] Early life and education[edit]