Rustling it up from Different Lands

5 African Recipes You Must Try. Our Best Greek Recipes. 12 Most Popular Indian Dishes and Recipes. The Definitive Guide to Classic British Foods. For most of its history, Britain has been the poor culinary relation in Europe, laughed at internationally for a food culture that didn’t exist. 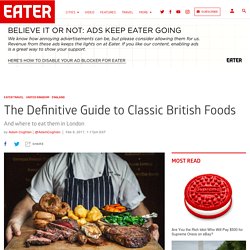 Britain’s food history is enmeshed with frugality and postwar rationing, and has forever been constrained by a climate whose conditions are not always conducive to rich or fruitful growing. Worlds away from al fresco dining, salads, and reliable raw ingredients, meal times in Britain have traditionally involved roasting, stewing, or battering ingredients out of necessity.

Until relatively recently, the British appetite has been for comfort foods much more than the minimalist assemblies of fresh ingredients popular on the European continent. Over the past decade, the food and restaurant industries not just in London but also in the country as a whole have matured exponentially. But even as skeptics are at last convinced that it’s possible to eat well in Britain, some will argue that its cuisine is defined by things borrowed or imported. St. St. Slice of Tokyo: How Japan Became a Pizza Hotspot - Airbnb Magazine - Medium. Tsubasa Tamaki didn’t dream of pizza. 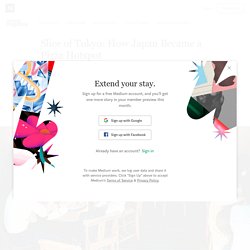 He dreamed of architecture, of following in his mother’s footsteps and designing buildings in Okinawa, where he spent the first 18 years of his life. An Introduction to Korean Barbecue. [Photographs: Vicky Wasik] As I grow older, getting a group dinner together becomes more and more of a headache. 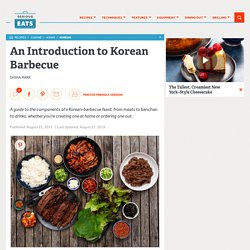 Between finding a night that works for everyone and (if it's a dinner out) choosing a restaurant in a semi-convenient location that has reservations available for that one night, it can turn into a real hassle. Then you get to the meal itself. Despite ubiquitous claims of menus designed for sharing, there are few times when they really work for parties of more than four people. 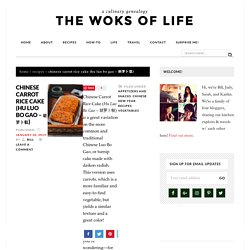 This version uses carrots, which is a more familiar and easy-to-find vegetable, but yields a similar texture and a great color! (Now, in case you’re wondering––for you Cantonese folks out there or anyone who frequents Chinatowns that can tend to be Cantonese dominant, the Cantonese pronunciation is lo bak go.

You’ll notice these differences in spelling and pronunciation if you’ve ever read our traditional Cantonese Lo Bak Go recipe.) For the most part, I am a pretty traditional guy when it comes to cooking. But every once in a while, I get some inspiration to make something new and different to change up our favorite recipes. Sukiyaki Recipe: How to Make Sukiyaki At Home - The Woks of Life. The first time I had Sukiyaki, I was living and working in Beijing. 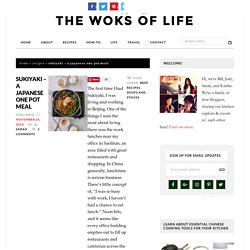 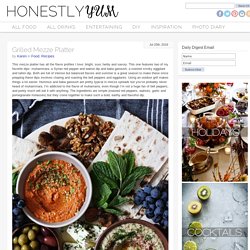 This one features two of my favorite dips: muhammara, a Syrian red pepper and walnut dip and baba ganoush, a roasted smoky eggplant and tahini dip. Both are full of intense but balanced flavors and summer is a great season to make these since prepping these dips involves charing and roasting the bell peppers and eggplants. Using an outdoor grill makes things a lot easier. Hummus and baba ganoush are pretty typical in mezze spreads but you’ve probably never heard of muhammara. I’m addicted to the flavor of muhamarra, even though I’m not a huge fan of bell peppers, and pretty much will eat it with anything. 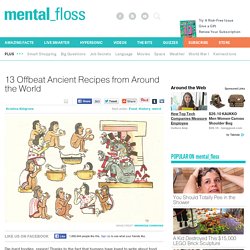 Thanks to the fact that humans have loved to write about food since, well, we invented writing, there are collections around the world of ancient recipes. Long before all the 21st-century trends in gastronomy, pretty much all food was farm to table. 10 Best Japanese Snacks (and 1 We Couldn’t Eat): Noshing Our Way Through Japan. Travel - Indonesia's best – and goriest – cuisine. The dog's singed carcass lay rigid – jaws locked open, muzzle high, all four legs protruding skywards. 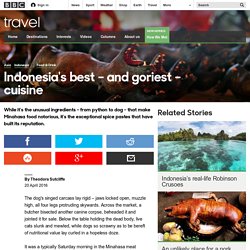 Across the market, a butcher bisected another canine corpse, beheaded it and jointed it for sale. Below the table holding the dead body, live cats slunk and mewled, while dogs so scrawny as to be bereft of nutritional value lay curled in a hopeless doze. It was a typically Saturday morning in the Minahasa meat section of Indonesia’s busy Tomohon Market, located in the volcanic highlands of North Sulawesi. Bats, neatly separated from their wings, gaped in a silent, toothy scream; a python spilled its strangely pallid guts; bush rats impaled on sticks lay piled up like kebabs. An iron-heavy, slightly faecal smell filled the air. Kenyan Food Primer: 10 Essential Dishes And Drinks – Food Republic. “What are they feeding them?” 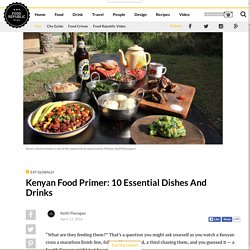 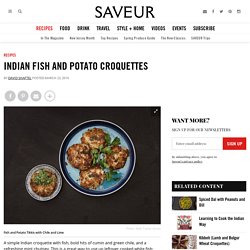 </span><span pearltreesdevid="PTD2135">quantserve</span><span pearltreesdevid="PTD2137">. Half Baked Harvest - Made with Love. So there is salad… and then there is THIS salad. This is more of a salad/flatbread/naan situation topped with EPIC ingredients. Chicken Mafe Recipe. Tandoori Chicken. Ingredients For the Chicken:¼ cup (6 to 8 cloves) roughly chopped garlic ¼ cup (one 3-inch piece) roughly chopped ginger 2 teaspoons canola oil ½ cup whole-fat Greek yogurt ¼ cup lemon juice. How Intermarriage Created One of the World's Most Delicious Foods. Laksa is said to get its name from the Sanskrit word "lakh," which means 100,000. (Photo: InterContinental Hong Kong/Flickr) A few things are definitive of an afternoon on the coasts of Southeast Asia: inescapable heat, the smell of the sea, and a steaming bowl of laksa. If you haven’t been fortunate enough to sample laksa before, picture an addictively spicy noodle soup brimming with chillies, coconut milk, tamarind and fresh seafood.

If you need additional convincing, laksa was ranked seventh on CNN’s list of the World’s 50 best foods in 2011. There is nothing quite like laksa, and no two laksas are the same. To begin tracing the laksa trail back through time, we need to plot its three modern variations—curry, Siamese, and Assam—on the map. Curry laksa is spicy and likewise includes coconut milk. Curry laksa. Sichuan Spicy Wontons. Sweet, savory, garlicky, and not as spicy as they look, Sichuan spicy wontons (aka Hong You Chao Shou, 紅油抄手, in Mandarin) are a delicious combination of sweet soy sauce, raw garlic, roasted red chili, and a touch of vinegar to balance things out. In the U.S., we’re in the midst of a huge explosion in the popularity of Sichuan food.

Sichuan and Hunan-style restaurants are appearing in all of the major cities, and we like it! No matter where we travel in the U.S. Quick Mexican. Half Baked Harvest - Made with Love. With a BIG side of fresh naan. Cause really, naan makes every meal just THAT much better. Especially homemade naan, which I have deemed one of my best recipes ever.

This means that I will be taking my tropical food craze to addiction level. Half Baked Harvest - Made with Love. I feel like Monday needs a good sandwich. Half Baked Harvest - Made with Love. This is so easy. 2014 In Review: Korean Food Had A Ridiculously Big Year In America. Americans are starting to discover Korea’s love of eating freshly butchered fish called hwe; fish like fluke is pulled alive from giant tanks and sliced up, served with a toughness caused by the onset of rigor mortis. Pride And Prejudice: For Latinos, Tamales Can Taste Of Both. Panamanian tamales stuffed with chicken and wrapped in bijao leaves — one of hundreds of interpretations of the dish found throughout Latin America. A History Lesson On The Philippines, Stuffed In A Christmas Chicken. The rellenong manok at La Cocina de Tita Moning, a restaurant in Manila. Chef Suzette Montinola uses a traditional recipe from the 1930s that belonged to her grandmother. Aurora Almendral for NPR hide caption itoggle caption Aurora Almendral for NPR.

Tourtiere: A French-Canadian Twist On Christmas Pie. Tourtiere is a savory, spiced meat pie, which both French- and English-speaking Canadians love to serve around the holidays. Martiapunts/iStockphoto hide caption. Cooking With Wilbur: Recipes From A South Indian Village : Goats and Soda. How I Learned to Stop Ordering 'Thai Spicy' Magnus Nilsson Will Now Tell You Everything You Need To Know About Nordic Cuisine. The Argentine Asado: Step by Step. Persian Food Primer: 10 Essential Iranian Dishes. Chermoula: From North Africa To The White House To Your Table : Goats and Soda.