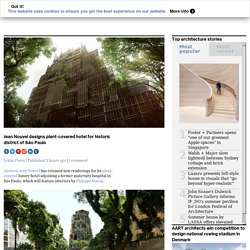 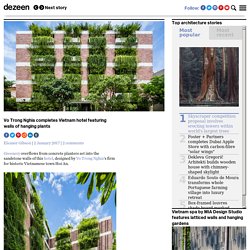 Vietnam-based Vo Trong Nghia Architects designed the Atlas Hoi An Hotel for an irregular shaped plot in Hoi An's Old Town. Made up of four raised volumes, it features 48 rooms, with views of greenery from both the bedroom and the bathroom of each suite. The walls of the structure are built from locally-sourced sandstone blocks, set between exposed concrete floor slabs. It is these slabs that support the vertically arranged concrete planters.

AvroKO creates “micro hotel” in former industrial neighbourhood in New York. New York studio AvroKO has designed the interiors of Arlo Hudson Square, a new boutique hotel with tiny rooms – some of which have bunk beds. 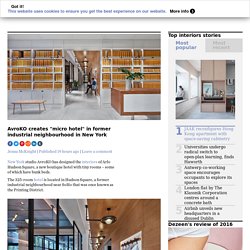 The 325-room hotel is located in Hudson Square, a former industrial neighbourhood near SoHo that was once known as the Printing District. The new, 11-storey building was designed by local firm Gene Kaufman Architect. It is the first property from the new hotel brand Arlo, which aims to attract "urban explorers". AvroKO – a firm largely known for its atmospheric restaurants – was commissioned to conceive the interiors, including the compact guest rooms and a variety of amenity spaces. AS Arquitectura turns dilapidated Mexican hacienda into characterful resort. A+Awards: another project lauded at this year's Architizer A+ Awards is this Mexican hacienda, where crumbling buildings were restored and connected with new elements by local studio AS Arquitectura to create a hotel (+ slideshow). 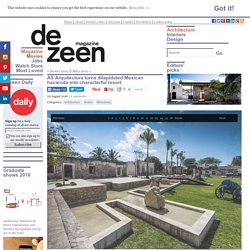 Situated in Champotón, on the gulf coast of Mexico's Yucatan peninsula, the Niop Hacienda comprises a series of ruined stone structures that formed a residential complex complete with small farm and industrial buildings, as well as a chapel. AS Arquitectura aimed to unite these different elements to form a hotel and event spaces for weddings, while maintaining the character of the old overgrown walls. Alpine chalet with a courtyard carved out of its middle. This holiday home by Stuttgart firm Yonder is designed to look like a traditional Alpine house, but with a huge chasm carved out of its middle (+ slideshow). 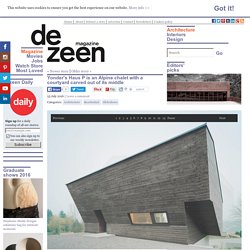 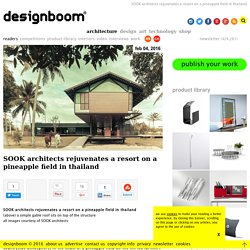 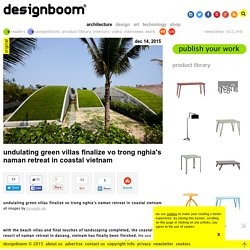 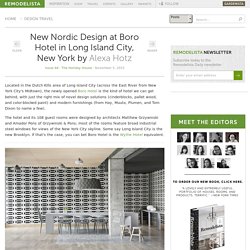 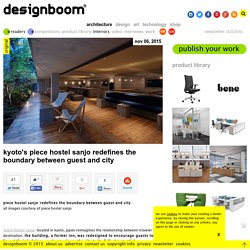 Sandibe Okavango safari lodge shows off-grid sustainability can still be luxurious. A hotel in the Okavango Delta, Botswana, shows just what can be achieved in spite of location, planning and environmental restrictions. 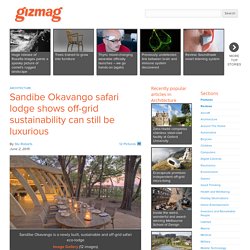 Reasons The Cromwell is Vegas's coolest hotel - The Cromwell Las Vegas. Opened in the old Bill’s Gamblin' Hall & Saloon space, the seriously hyped Cromwell Hotel is something new for Sin City: a saucy, boutique-style hotel that still offers everything you need in a Vegas resort (sigh... except a topless pool), and is already the coolest place to stay on The Strip for at least 12 reasons.

And yes, Giada is one of them. The 10 best pool parties in Las Vegas Caesars Entertainment. The World's first flying hotel - The Hotelicopter. March 30, 2009 The double deck Airbus A380 has set new high standards for luxury accommodation in the air but, unless you can afford to deck out your own A380 as a private jet, the Hotelicopter concept aims to top this airborne opulence by equipping a four story converted heavy lift aircraft with 18 luxuriously-appointed room hotels.

View all Modeled on the Soviet Mil V-12, the largest helicopter ever built, of which only two prototypes were built in the 1960s, the Hotelicopter company would like us to believe they purchased one of these prototypes in 2004 with the Hotelicopter now ready for its maiden flight in June 26th. We're not sure that we do, but we like the concept. While the computer generated images of the Hotelicopter show a lot of imagination, the specified Maximum Takeoff Weight of 105850 kg (232,870 lb) is actually exactly same as that of the original Mil V-12 which is highly unlikely given the Hotelicopter has at entire 3 story luxury hotel added onto it.

Upcyling out-of-use structures for modern day needs is nothing new. But when we saw this design-centric repurposing of a decommissioned British sea fort, we knew we had to get a closer look. Romance Revisited in a Remote Italian Cave. Older Romance Revisited in a Remote Italian Cave by Meredith Swinehart Issue 59 · L'Amour · February 14, 2013. For Rent: A Ski Cabin by Peter Zumthor, World-Renowned Swiss Architect.

Older For Rent: A Ski Cabin by a World-Renowned Swiss Architect by Sarah Lonsdale Issue 8 · Winter Break · February 27, 2014 Newer Issue 8 · Winter Break · February 27, 2014 Care to stay in the home of internationally renowned Swiss architect (and Pritzker Prize winner) Peter Zumthor? A Wabi Sabi Ski Chalet in Aspen, Colorado. A Modern Ski House in the Alps. A Medieval Hotel in Italy, Restored for the 21st Century. La Dolce Vita: A Restored 17th Century Convent in Italy. A Room at the Inn: At the Chapel in Somerset. A Minimalist Ski Resort in Sweden.