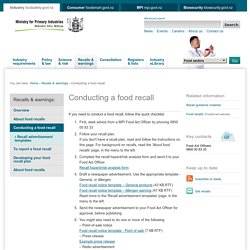 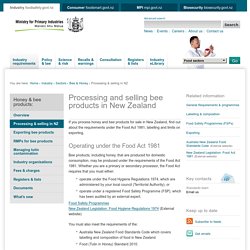 Operating under the Food Act 1981 Bee products, including honey, that are produced for domestic consumption, may be produced under the requirements of the Food Act 1981. Whether you are a primary or secondary processor, the Food Act requires that you must either: 2014 guide to meet honey labelling requirements. Food Standards Code from 1 March 2016. Page Content An audit of the legal efficacy of the Code was conducted following a decision of the New South Wales Supreme Court in 2009. 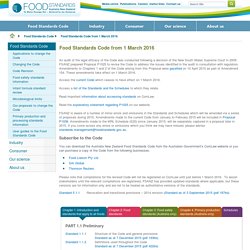 FSANZ prepared Proposal P1025 to revise the Code to address the issues identified in the audit in consultation with regulators. Amendments to Chapters 1 and 2 of the Code arising from this Proposal were gazetted on 10 April 2015 as part of Amendment 154. These amendments take effect on 1 March 2016. Access the current Code which ceases to have effect on 1 March 2016. FSANZ is aware of a number of minor errors and omissions in the Standards and Schedules which will be amended via a series of proposals during 2015. Australia New Zealand Food Standards Code – Standard 1.2.4 – Information requirements – statement of ingredients. Standard 1.2.4 Information requirements – statement of ingredients Note 1 This instrument is a standard under the Food Standards Australia New Zealand Act 1991 (Cth). 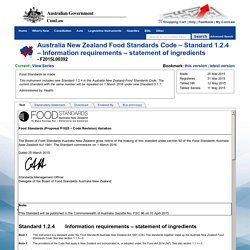 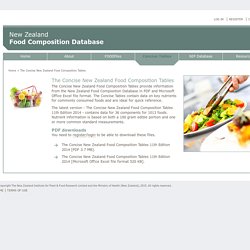 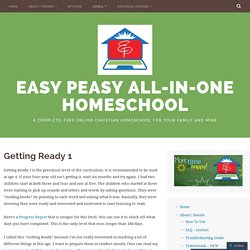 It is recommended to be used at age 4. If your four-year old isn’t getting it, wait six months and try again. I had two children start at both three and four and one at five. The children who started at three were starting to pick up sounds and letters and words by asking questions. They were “reading books” by pointing to each word and asking what it was.

Here’s a Progress Report that is unique for this level. I called this “Getting Ready” because I’m not really interested in teaching a lot of different things at this age. Your child can watch the videos independently, but they are little and are going to need a parent or older sibling to guide and help. This level is split into two parts, learning the alphabet and their phonetic sounds, and then beginning to learn to read with sight words. The alphabet stories from this level are also on youtube and have been put on pdf, girl version, boy version. Materials: 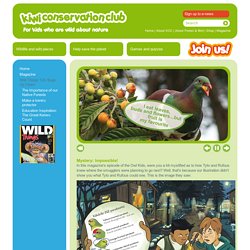 In this magazine's episode of the Owl Kids, were you a bit mystified as to how Tyto and Rufous knew where the smugglers were planning to go next? Well, that's because our illustration didn't show you what Tyto and Rufous could see. This is the image they saw: Now do you know where the suspected smugglers were heading? A berry important bird We're celebrating the kereru in the spring Wild Things magazine because it helps to keep our forests healthy. Recently, we ran the Great Kereru Count so we can find out where kereru can be found. To learn more about our native animals join KCC.

Language. Homeschool articles. Where Are They Now? (Update on the family in the film) It’s been one year since Class Dismissed premiered and even longer since we ended principle photography. 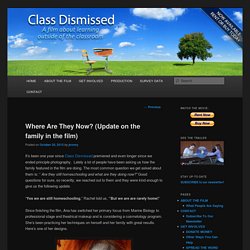 Lately a lot of people have been asking us how the family featured in the film are doing. The most common question we get asked about them is: “ Are they still homeschooling and what are they doing now?” Good questions for sure, so recently, we reached out to them and they were kind enough to give us the following update. “Yes we are still homeschooling,” Rachel told us, “But we are are rarely home!”

Since finishing the film, Ana has switched her primary focus from Marine Biology to professional stage and theatrical makeup and is considering a cosmetology program. Ana also passed her driving test and is now able to drive herself and her sister Lily to the various classes and activities they’re involved in. Lily is still very passionate about gymnastics and recently tied for first place at a regional competition. “So that’s about it, lots of interesting things happening. 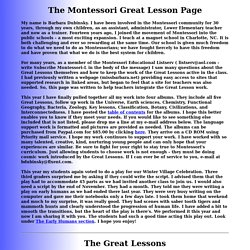 I have been involved in the Montessori community for 30 years, through my own children, as an assistant, administrator, Lower Elementary teacher and now as a trainer. Fourteen years ago, I joined the movement of Montessori into the public schools - a most exciting expansion. I teach at a magnet school in Charlotte, NC. Homework Sheets.