The differences between hazard reduction burning and Cultural Fire practices - The Australian Museum. We belong to different languages, different mobs, different Lore and different Country, there are many different reasons to why we use fire to help manage Country. 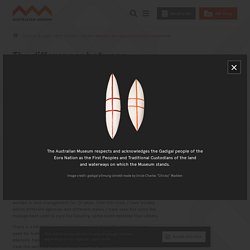 The many layers include hunting, creating grassy pathways for foraging, medicinal plants and native food. To clean up camp sites to rid of any animals that might be near. South Australian Company - South Australian History - LibGuides at State Library of South Australia. Capper, Henry. 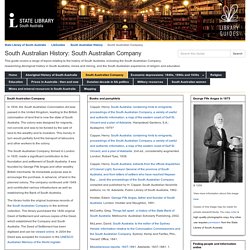 South Australia: containing hints to emigrants, proceedings of the South Australian Company, a variety of useful and authentic information, a map of the eastern coast of Gulf St. Vincent and a plan of Adelaide. Hampstead Gardens, S.A.: Austaprint, 1975? Priority list of plants requiring urgent management intervention. Invasive. Aboriginal peoples. There are about 500 different Aboriginal peoples in Australia, each with their own language and territory and usually made up of a large number of separate clans. 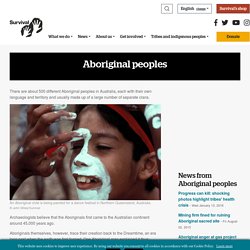 An Aboriginal child is being painted for a dance festival in Northern Queensland, Australia. © John Miles/Survival. Melaleuca forest. Environmental Weeds in Australia. Introduced plants are an acute and insufficiently appreciated ecological problem. 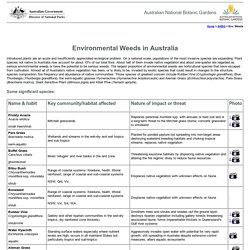 On a national scale, populations of the most invasive species are expanding. Plant species not native to Australia now account for about 15% of our total flora. About half of them invade native vegetation and about one-quarter are regarded as serious environmental weeds or have the potential to be serious weeds. The Impact of Fire: An Historical Perspective. [Front Page] [Features] [Departments] [SGAP Home Page] [Subscribe] Jim Kohen Climatic change and the drying out of the Australian environment resulted in the decline of rainforests and the dominance of sclerophyllous vegetation. 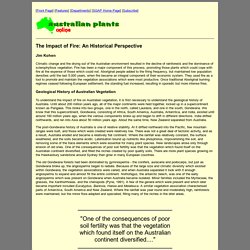 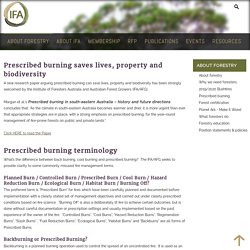 Morgan et al.’s Prescribed burning in south-eastern Australia – history and future directions concludes that: “As the climate in south-eastern Australia becomes warmer and drier, it is more urgent than ever that appropriate strategies are in place, with a strong emphasis on prescribed burning, for the year-round management of fire-prone forests on public and private lands.” Click HERE to read the Paper.

Indigenous fire practices have been used to quell bushfires for thousands of years, experts say. As Australia's bushfire emergency rages on, discussion over fire authorities' potential use of Indigenous and cultural fire practices has come under the spotlight. 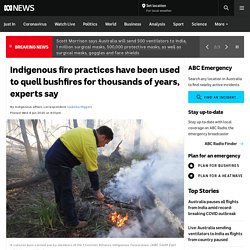 But what are these practices? Where can they be implemented? And how can they help? Key points: Indigenous leaders say there has been "huge interest" from farmers, landowners and communities wanting to learn about traditional burningCultural burning generally uses smaller, more controlled flames than hazard reduction burns, and has more applications than just reducing fuel loadExperts in the practice say much more investment in training is needed before cultural burning can be adopted in mainstream fire management plans. Department of Agriculture, Water and the Environment. This page aims to provide guidance on the Environment Protection and Biodiversity Conservation Act 1999 (EPBC Act), and its role in regulating bushfire management activities carried out by state and territory governments, local councils, other authorities such as fire and emergency services, and individuals. 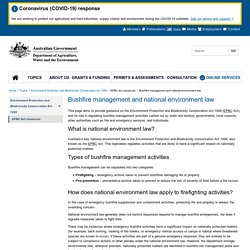 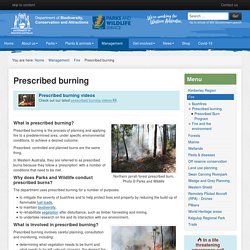 Prescribed burning is the process of planning and applying fire to a predetermined area, under specific environmental conditions, to achieve a desired outcome. Prescribed, controlled and planned burns are the same thing. The differences between hazard reduction burning and Cultural Fire practices - The Australian Museum. Meaning of land to Aboriginal people. What does land mean to Aboriginal people? 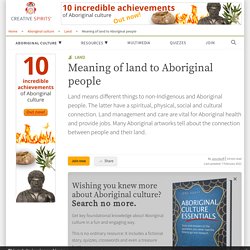 Non-Indigenous people and land owners might consider land as something they own, a commodity to be bought and sold, an asset to make profit from, but also a means to make a living off it or simply 'home' . They 'develop' land, as if it was unfinished or raw. Bushfire & Natural Hazards CRC.

Dr Richard Thornton is the Chief Executive Officer of the Bushfire and Natural Hazards CRC, a position he has held since the CRC began in 2013. He is responsible to the Board for the day-to-day management of the centre. He has overall responsibility for direction and performance, as well as being the public face of the centre. Richard is a highly experienced research management executive with over 20 years in the field, previously with the Bushfire CRC and Telstra.

He led the development of the CRC following the Prime Ministerial announcement in February 2013. Prior to that Richard was Deputy CEO and Research Director of the Bushfire CRC, a role he held since 2004. Contemporary fire management and the carbon industry in Arnhem Land - ANU. Across Arnhem Land, in the remote tropical savannas of northern Australia, Aboriginal people annually undertake highly sophisticated landscape scale fire management utilising customary fire knowledge and resourced through their engagement with the carbon industry. Western Arnhem Land was the birth place of the savanna burning methodology through the innovative and highly successful WALFA (West Arnhem Land Fire Abatement) project. With the introduction of Federal carbon legislation there are now over 70 registered savanna burning projects in northern Australia. These registered savanna burning projects cover a broad range of land tenures including Aboriginal and non-Aboriginal Land and all utilise Aboriginal fire knowledge and management techniques to produce carbon credits.

WF18152. 2019–20 Australian bushfires—frequently asked questions: a quick guide. 12 March 2020 PDF version [301KB] Lisa Richards and Nigel Brew Foreign Affairs, Defence & Security Lizzie Smith Science, Technology, Environment & Resources This quick guide aims to answer some of the frequently asked questions relating to the 2019–20 Australian bushfire season that started in September 2019. Although the major fires are now considered extinguished and the bushfire season is drawing to a close, some of the information outlined below may still be subject to change. 2019-2020 Australian Bushfires - Center for Disaster Philanthropy. Overview Australia is no stranger to bushfires. However, the 2019-2020 season proved to be unprecedented in many ways. The first major bushfires began even before the official arrival of spring in June and then new out-of-control fires sprung up at the beginning of Sept. 2019.

The fire situation worsened significantly at the beginning of November 2019 with increasing temperatures and a prolonged drought. Cultural burning practices in Australia Background Paper. Australia's bushfire politics: the parties prevaricate while the country burns. Even for modern Australian political discourse, it jarred. Michael McCormack, deputy prime minister and representative of regional and rural electorates, began the week by “calling out” those “raving inner-city lunatics” who dared to link climate change with Australia’s worsening bushfire season. “We’ve had fires in Australia since time began, and what people need now is a little bit of sympathy, understanding and real assistance – they need help, they need shelter,” McCormack told the national broadcaster. “They don’t need the ravings of some pure, enlightened and woke capital city greenies at this time, when they’re trying to save their homes, when in fact they’re going out in many cases saving other peoples’ homes and leaving their own homes at risk.”

Are hazard reduction burns effective in managing bushfires? The answer is complicated. Is Fuel Reduction Burning the Answer? Connection to Country. Welcome to my Country: seeing the true beauty of life in Bawaka. The Australian Curriculum. Traditional Aboriginal burning - Parks and Wildlife Service. Federal Government responds to bushfire royal commission, will create national state of emergency. This is how most bushfires in Australia start, and how we know. Australian bushfires: how the Morrison government failed to heed warnings of catastrophe. Explainer: what are the underlying causes of Australia's shocking bushfire season?