Campus police. Jadav Payeng. Jadav "Molai" Payeng (born 1963) is an environmental activist[1] and forestry worker from Majuli,[2] popularly known as the Forest Man of India.[3][4] Over the course of several decades, he has planted and tended trees on a sandbar of the river Brahmaputra turning it into a forest reserve. 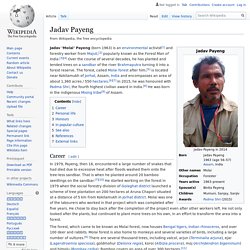 The forest, called Molai forest after him,[5] is located near Kokilamukh of Jorhat, Assam, India and encompasses an area of about 1,360 acres / 550 hectares.[6][7] In 2015, he was honoured with Padma Shri, the fourth highest civilian award in India.[8] He was born in the indigenous Mising tribe[9] of Assam. Career[edit] Sacred prostitution. Sexual rite performed in the context of religious worship Inanna/Ishtar, Mesopotamian goddess of sex and fertility, depicted on a ceremonial vase. 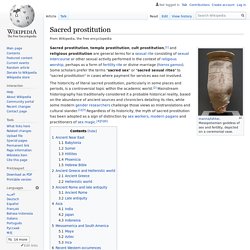 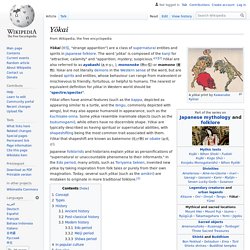 " In the Edo period, many artists, such as Toriyama Sekien, invented new yōkai by taking inspiration from folk tales or purely from their own imagination. Lion Monument. Sculpture in Lucerne by Bertel Thorvaldsen The Lion Monument in 2007. 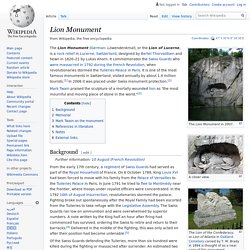 Mark Twain praised the sculpture of a mortally wounded lion as "the most mournful and moving piece of stone in the world. CityLink. View along CityLink's Western Link, travelling north CityLink is a network of Tollways in Melbourne, Australia, linking the West Gate, Tullamarine and Monash Freeways and incorporating Bolte Bridge, Burnley Tunnel and other works. 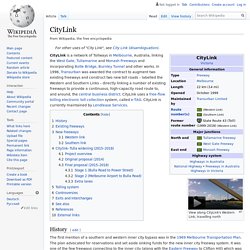 Benelux. The Benelux Union (Dutch: Benelux Unie;[4] French: Union Benelux;[5] Luxembourgish: Benelux-Unioun),[6] also known as simply Benelux, is a politico-economic union and formal international intergovernmental cooperation of three neighboring states in western Europe: Belgium, the Netherlands, and Luxembourg.[7] The name Benelux is a portmanteau formed from joining the first two or three letters of each country's name – Belgium, Netherlands, Luxembourg – and was first used to name the customs agreement that initiated the union (signed in 1944).[8] It is now used more generally to refer to the geographic, economic, and cultural grouping of the three countries. 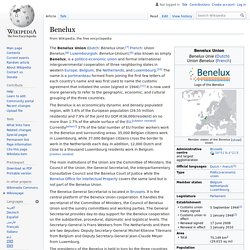 Since 1944, when a customs union was introduced, cooperation among the governments of Belgium, the Netherlands, and the Grand Duchy of Luxembourg has been a firmly established practice. On 17 June 2008 Belgium (in all its component parts), the Netherlands, and Luxembourg signed a new Benelux Treaty in The Hague. Politics[edit] 1. 2. 3. Why are most US state capitals not the largest cities in their states? Is it a coincidence, or is there some reason for it? Begich Towers. Coordinates: 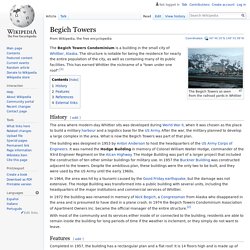 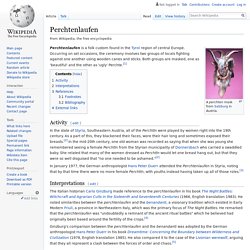 Perchtenlaufen is a folk custom found in the Tyrol region of central Europe. Occurring on set occasions, the ceremony involves two groups of locals fighting against one another using wooden canes and sticks. Both groups are masked, one as 'beautiful' and the other as 'ugly' Perchte.[1] Torghatten – Norway’s best known mountain formation. Mexico–United States barrier. Border fence between San Diego's border patrol offices in California (left) and Tijuana, Mexico (right) The Mexico–United States barrier (Spanish: barrera México–Estados Unidos) is a series of walls and fences along the Mexico–United States border aimed at preventing illegal crossings from Mexico into the United States.[1] The barrier is not one contiguous structure, but a grouping of relatively short physical walls, secured in between with a "virtual fence" which includes a system of sensors and cameras monitored by the United States Border Patrol.[2] As of January 2009, U.S. 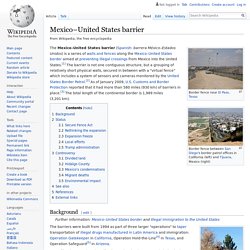 Customs and Border Protection reported that it had more than 580 miles (930 km) of barriers in place.[3] The total length of the continental border is 1,989 miles (3,201 km). Background[edit] 97% of border apprehensions (foreign nationals who are caught being in the U.S. illegally) by the Border Patrol in 2010 occurred at the southwest border. U.S. Human Rights of Tibet « Hope Tibet Will Have a Brighter Future. In this post, I want to talk about the history, how Dalai became the enemy of Chinese government and the human rights of Tibet, when it was governed by Dalai Lama during 1935-1959. 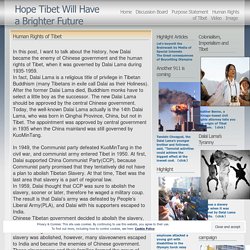 In fact, Dalai Lama is a religious title of privilege in Tibetan Buddhism (many Tibetans in exile call Dalai as their Holiness). After the former Dalai Lama died, Buddhism monks have to select a little boy as the successor. The new Dalai Lama should be approved by the central Chinese government. Today, the well-known Dalai Lama actually is the 14th Dalai Lama, who was born in Qinghai Province, China, but not in Tibet. The appointment was approved by central government in 1935 when the China mainland was still governed by KuoMinTang. Green belt. Purposes[edit] In those countries which have them, the stated objectives of green belt policy are to: Protect natural or semi-natural environments;Improve air quality within urban areas;Ensure that urban dwellers have access to countryside, with consequent educational and recreational opportunities; andProtect the unique character of rural communities that might otherwise be absorbed by expanding suburbs.

The green belt has many benefits for people: The Tale of the Eagle. The Tale of the Eagle is an Albanian folk tale that explains how Albania and Albanians received their indigenous name. Tale[edit] A youth was hunting in the mountains. An eagle flying above him alighted on top of a crag. Gopnik. Gopnik (Russian: го́пник, IPA: [ˈɡopnʲɪk])[1] is a pejorative stereotype describing a particular subculture in Russia, former Soviet republics, Israel, and Russian-speakers in East Slavic countries to refer to young men or women of sometimes lower-class suburban areas (usually under 25 years of age)[2] coming from families of poor education and (sometimes) income.

The female form is gopnitsa (Russian: го́пница), and the collective noun is gopota (Russian: гопота́). The subculture of Gopniks has its roots in Tsarist Russia and evolved during Soviet times in big cities like Moscow and Saint Petersburg. [3][4] Etymology[edit] Gopnik is most likely derived from the Russian slang term for a street robbery: gop-stop (Russian: Гоп-стоп).[5] Potluck. An assortment of different dishes at a church potluck. Volume V11 No 1 3 19. Amish. Group of traditionalist Christian church fellowships The Amish (; Pennsylvania German: Amisch; German: Amische) are a group of traditionalist Christian church fellowships with Swiss German Anabaptist origins. They are closely related to, but a distinct branch off from, Mennonite churches. The Amish are known for simple living, plain dress, and are slower to adopt many conveniences of modern technology, with a view to not interrupting family time, nor replacing face-to-face conversations whenever possible.