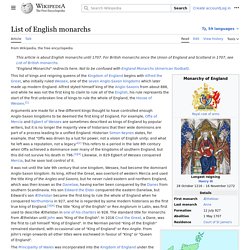 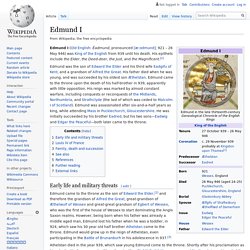 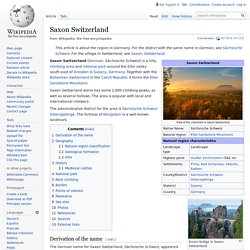 Stunning Warrior Grave — Complete with Chariot, Horses — Uncovered in England. Inside a 2,200-year-old grave, archaeologists have discovered a stunning Iron Age shield, along with a chariot and two ponies buried in a leaping pose, in what archaeologists are calling one of the most important discoveries in the U.K. 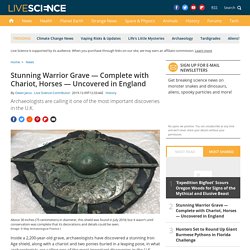 A team of archaeologists led by Paula Ware of MAP Archaeological Practice Ltd. discovered the grave near Pocklington, England. The shield, which is about 30 inches (75 centimeters) across, "was discovered in July 2018, but its true glory was only revealed recently once conservation was completed," Ware told Live Science. The restoration revealed that the shield is decorated with a series of complex swirls and what looks like a sphere protruding from its center.

Related: See Photos of Another Stunning Chariot Burial. En.m.wikipedia. Deity in ancient Greek religion and myth Artemis is the daughter of Zeus and Leto, and the twin sister of Apollo. 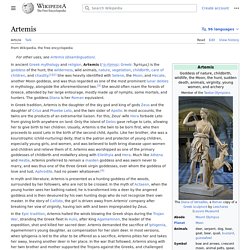 She was the patron and protector of young girls, and was believed to bring disease upon women and relieve them of it. Artemis was worshipped as one of the primary goddesses of childbirth and midwifery along with Eileithyia. Much like Athena and Hestia, Artemis preferred to remain a maiden and is sworn never to marry. Sasanian Empire. Last Persian empire before the rise of Islam The Sasanian Empire during Late Antiquity is considered to have been one of Iran's most important, and influential historical periods and constituted the last great Iranian empire before the Muslim conquest and the Islamization of Iran.[17] In many ways, the Sasanian period witnessed the peak of ancient Iranian civilisation. 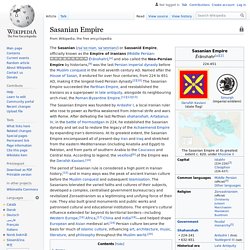 The Sasanians' cultural influence extended far beyond the empire's territorial borders, reaching as far as Western Europe,[18] Africa,[19] China and India.[20] It played a prominent role in the formation of both European and Asian medieval art.[21] Much of what later became known as Islamic culture in art, architecture, music and other subject matter was transferred from the Sasanians throughout the Muslim world.[22] Name More commonly, due to the fact that the ruling dynasty was named after Sasan, the Empire is known as the Sasanian Empire in historical and academic sources. 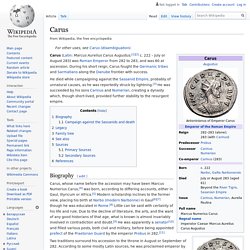 During his short reign, Carus fought the Germanic tribes and Sarmatians along the Danube frontier with success. He died while campaigning against the Sassanid Empire, probably of unnatural causes, as he was reportedly struck by lightning. He was succeeded by his sons Carinus and Numerian, creating a dynasty which, though short-lived, provided further stability to the resurgent empire.

Diocletian. Augustus of the Eastern Roman Empire Diocletian separated and enlarged the empire's civil and military services and reorganized the empire's provincial divisions, establishing the largest and most bureaucratic government in the history of the empire. 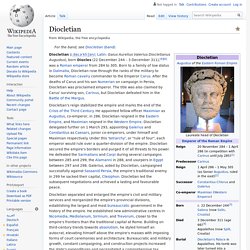 He established new administrative centres in Nicomedia, Mediolanum, Sirmium, and Trevorum, closer to the empire's frontiers than the traditional capital at Rome. Building on third-century trends towards absolutism, he styled himself an autocrat, elevating himself above the empire's masses with imposing forms of court ceremonies and architecture. Bureaucratic and military growth, constant campaigning, and construction projects increased the state's expenditures and necessitated a comprehensive tax reform. From at least 297 on, imperial taxation was standardized, made more equitable, and levied at generally higher rates. Lucius Junius Brutus. Background[edit] Overthrow of the monarchy[edit] Lucius Iunius Brutus, on right According to Livy, Brutus had a number of grievances against his uncle the king. 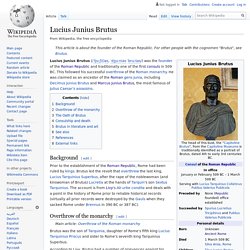 Amongst them was the fact that Tarquinius had put to death a number of the chief men of Rome, including Brutus' brother. Brutus avoided the distrust of Tarquinius's family by feigning slow-wittedness[1] (in Latin brutus translates to dullard). He accompanied Tarquinius's sons on a trip to the Oracle of Delphi.

Brutus, along with Spurius Lucretius Tricipitinus, Publius Valerius Publicola, and Lucius Tarquinius Collatinus were summoned by Lucretia to Collatia after she had been raped by Sextus Tarquinius, the son of the king Tarquinius Superbus. Western Roman Empire. Independently administered western provinces of the Roman Empire In historiography, the Western Roman Empire refers to the western provinces of the Roman Empire at any time during which they were administered by a separate independent Imperial court; in particular, this term is used to describe the period from 395 to 476, where there were separate coequal courts dividing the governance of the empire in the Western and the Eastern provinces, with a distinct imperial succession in the separate courts. 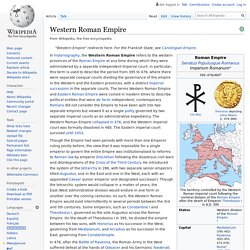 The terms Western Roman Empire and Eastern Roman Empire were coined in modern times to describe political entities that were de facto independent; contemporary Romans did not consider the Empire to have been split into two separate empires but viewed it as a single polity governed by two separate imperial courts as an administrative expediency. Roman Republic.

Period of ancient Roman civilization (509–27 BC) The Roman Republic (Latin: Rēs pūblica Rōmāna, Classical Latin: [ˈreːs ˈpuːblɪka roːˈmaːna]) was the era of classical Roman civilization beginning with the overthrow of the Roman Kingdom, traditionally dated to 509 BC, and ending in 27 BC with the establishment of the Roman Empire. It was during this period that Rome's control expanded from the city's immediate surroundings to hegemony over the entire Mediterranean world. Roman society under the Republic was a cultural mix of Latin, Etruscan, and Greek elements, which is especially visible in the Roman Pantheon.

Its political organisation was strongly influenced by the Greek city states of Magna Graecia, with collective and annual magistracies, overseen by a senate.[4] The top magistrates were the two consuls, who had an extensive range of executive, legislative, judicial, military, and religious powers. History[edit] Foundation (509 BC)[edit] The Senate agreed to abolish kingship. [edit] Rome. Capital of Italy Capital city and comune in Italy Rome (Latin and Italian: Roma [ˈroːma] ( listen)) is the capital city and a special comune of Italy (named Comune di Roma Capitale). Rome also serves as the capital of the Lazio region. With 2,872,800 residents in 1,285 km2 (496.1 sq mi),[1] it is also the country's most populated comune.

Etymology[edit] However, it is a possibility that the name Romulus was actually derived from Rome itself.[19] As early as the 4th century, there have been alternative theories proposed on the origin of the name Roma. History[edit] Ancient Rome. In historiography, ancient Rome is Roman civilization from the founding of the Italian city of Rome in the 8th century BC to the collapse of the Western Roman Empire in the 5th century AD, encompassing the Roman Kingdom (753 BC–509 BC), Roman Republic (509 BC–27 BC) and Roman Empire (27 BC–476 AD) until the fall of the western empire.[1] The civilisation began as an Italic settlement in the Italian Peninsula, traditionally dated to 753 BC, that grew into the city of Rome and which subsequently gave its name to the empire over which it ruled and to the widespread civilisation the empire developed.

The Roman Empire expanded to become one of the largest empires in the ancient world, still ruled from the city, with an estimated 50 to 90 million inhabitants (roughly 20% of the world's population at the time)[2] covering 5.0 million square kilometres at its height in AD 117.[3] Under Trajan, the Empire reached its territorial peak.

Founding myth. Roman Senate. A political institution in ancient Rome The Roman Senate (Latin: Senātus Rōmānus) was a political institution in ancient Rome. Cannae. Cannae (now Canne della Battaglia) is an ancient village of the Apulia region of south east Italy. It is a frazione (civil parish) of the comune (municipality) of Barletta, a former bishopric and presently a Latin Catholic titular see. Geography[edit] It is situated near the river Aufidus (the modern Ofanto), on a hill on the right (i.e., south) bank, 9.6 kilometers (6 mi) southwest from its mouth, and 9 km southwest from Barletta. History[edit] Battle of Ager Falernus. Pitched battle. A pitched battle or set piece battle is a battle in which both sides choose the fighting location and time.

Either side has the option to disengage before the battle starts or shortly thereafter.[1][2] Fabian strategy. A military strategy The Fabian strategy is a military strategy where pitched battles and frontal assaults are avoided in favor of wearing down an opponent through a war of attrition and indirection. Second Punic War. Messapians. The Messapians (Greek: Μεσσάπιοι, romanized: Messápioi; Latin: Messapii) were a Iapygian tribe that inhabited Salento in classical antiquity.