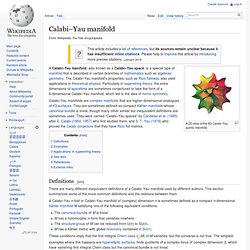 Calabi–Yau manifolds are complex manifolds that are higher-dimensional analogues of K3 surfaces. They are sometimes defined as compact Kähler manifolds whose canonical bundle is trivial, though many other similar but inequivalent definitions are sometimes used. They were named "Calabi–Yau spaces" by Candelas et al. (1985) after E. Calabi (1954, 1957) who first studied them, and S. T. Cotton–Mouton effect.

In physical optics, the Cotton–Mouton effect refers to birefringence in a liquid in the presence of a constant transverse magnetic field. 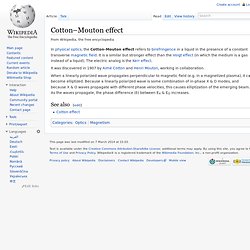 It is a similar but stronger effect than the Voigt effect (in which the medium is a gas instead of a liquid). The electric analog is the Kerr effect. It was discovered in 1907 by Aimé Cotton and Henri Mouton, working in collaboration. When a linearly polarized wave propagates perpendicular to magnetic field (e.g. in a magnetized plasma), it can become elliptized. 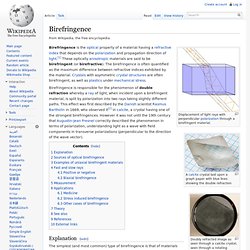 Explanation[edit] Doughnut theory of the universe. Bloom Toroidal Model of the Universe. 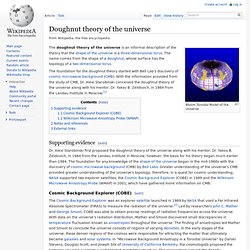 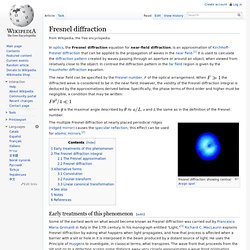 In contrast the diffraction pattern in the far field region is given by the Fraunhofer diffraction equation. The near field can be specified by the Fresnel number, F of the optical arrangement. When. Quantum reflection. 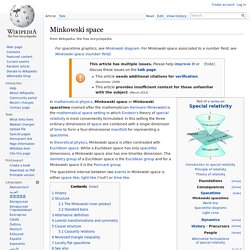 While a Euclidean space has only spacelike dimensions, a Minkowski space also has one timelike dimension. The isometry group of a Euclidean space is the Euclidean group and for a Minkowski space it is the Poincaré group. History[edit] Phys.org - Science News, Technology, Physics, Nanotechnology, Space Science, Earth Science, Medicine. Physicsworld.com homepage. Fermilab. Lorentz group. The mathematical form of Basic properties[edit] 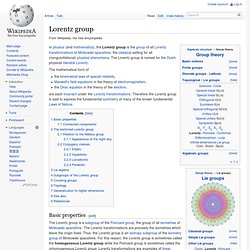 SI derived unit. The International System of Units (SI) specifies a set of seven base units from which all other SI units of measurement are derived. 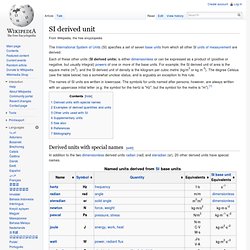 The names of SI units are written in lowercase. The symbols for units named after persons, however, are always written with an uppercase initial letter (e.g. the symbol for the hertz is "Hz"; but the symbol for the metre is "m").[1] Derived units with special names[edit] Induced gravity. Induced gravity (or emergent gravity) is an idea in quantum gravity that space-time background emerges as a mean field approximation of underlying microscopic degrees of freedom, similar to the fluid mechanics approximation of Bose–Einstein condensates. 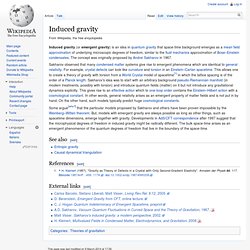 The concept was originally proposed by Andrei Sakharov in 1967. Sakharov observed that many condensed matter systems give rise to emergent phenomena which are identical to general relativity. For example, crystal defects can look like curvature and torsion in an Einstein–Cartan spacetime. This allows one to create a theory of gravity with torsion from a World Crystal model of spacetime[1] in which the lattice spacing is of the order of a Planck length. Sakharov's idea was to start with an arbitrary background pseudo-Riemannian manifold (in modern treatments, possibly with torsion) and introduce quantum fields (matter) on it but not introduce any gravitational dynamics explicitly. Some argue[who?] See also[edit] References[edit] Space and NASA News – Universe and Deep Space Information. Spacetime. 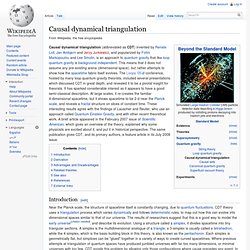 This means that it does not assume any pre-existing arena (dimensional space), but rather attempts to show how the spacetime fabric itself evolves. The Loops '05 conference, hosted by many loop quantum gravity theorists, included several presentations which discussed CDT in great depth, and revealed it to be a pivotal insight for theorists. Friedmann equations. And pressure . The equations for negative spatial curvature were given by Friedmann in 1924.[2] Assumptions[edit]

We have been increasingly using Flash animations for illustrating Physics content. This page provides access to those animations which may be of general interest. Riemann Hypothesis. Non-orientable wormhole. Particle accelerators’ search for nature’s hidden dimensions comes up empty. It sounds like something that should be reported at the Onion, but here I am to tell you that the people who run the CMS detector at the LHC have just released their most recent results.