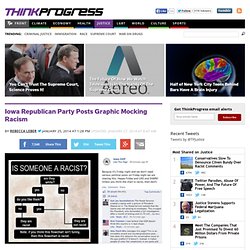 The post, captured by The Daily Beast’s Ben Jacobs, capped off a rocky one-year anniversary since the Republican Party announced it would redouble efforts to appeal to minority voters. The flowchart instructed the reader to determine racism as whether the person saying it is white and whether you like him. It includes the note, “If you think this flowchart isn’t funny, then this flowchart is racist.” Zinn Education Project. See The Incredible Black Women Honored By These Girls In This Adorable Set Of Portraits. Female: It's bigger than just taking pictures of cute kids and making them look like celebrities or making them look like politicians or engineers. 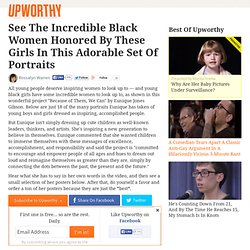 It's bigger than that. It's about the message, right? » How Many Black Abolitionists Can You Name? Zinn Education Project. In the United States, there has been a renewal of interest in slavery, the abolition movement, and the Civil War. 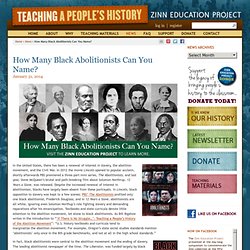 In 2012 the movie Lincoln opened to popular acclaim, shortly afterwards PBS premiered a three-part mini series, The Abolitionists, and last year, Steve McQueen’s brutal and path-breaking film about Solomon Northrup, 12 Years a Slave, was released. Despite the increased renewal of interest in abolitionism, blacks have largely been absent from these portrayals. Desobediencia Civil y Derechos Civiles [subtitulado] Watching TV Boosts the Self-Esteem of White Boys - Hans Villarica. New research in Communication Research uncovers a surprising exception to the typical correlation between TV viewing and decreased self-confidence. greenland/Shutterstock PROBLEM: When kids aren't in school, there's a good chance they're sprawled on their couch living vicariously through the characters they watch on TV. 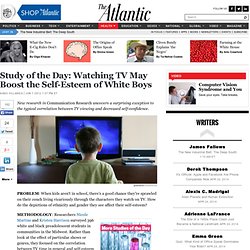 Tiana is forbidden to wear her natural hair. Soon after the start of this school year, my 7 year old daughter Tiana was told by the Deborah Brown Community School in Tulsa that she couldn't attend her second grade class unless she changed her natural hair. 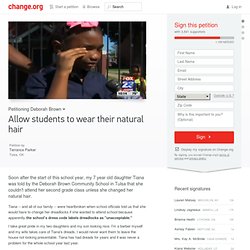 Tiana -- and all of our family -- were heartbroken when school officials told us that she would have to change her dreadlocks if she wanted to attend school because apparently the school's dress code labels dreadlocks as "unacceptable. " I take great pride in my two daughters and my son looking nice. Black is beautiful. Black is beautiful is a cultural movement that was started in the United States of America in the 1960s by African Americans. 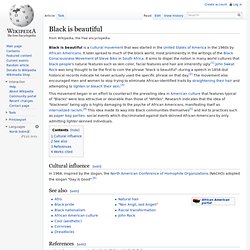 It later spread to much of the black world, most prominently in the writings of the Black Consciousness Movement of Steve Biko in South Africa. It aims to dispel the notion in many world cultures that black people's natural features such as skin color, facial features and hair are inherently ugly.[1] John Sweat Rock was long thought to be the first to coin the phrase "black is beautiful"–during a speech in 1858–but historical records indicate he never actually used the specific phrase on that day.[2] The movement also encouraged men and women to stop trying to eliminate African-identified traits by straightening their hair and attempting to lighten or bleach their skin.[3] This movement began in an effort to counteract the prevailing idea in American culture that features typical of "Blacks" were less attractive or desirable than those of "Whites".

Black pride. Black pride is a movement indicating pride in being black. 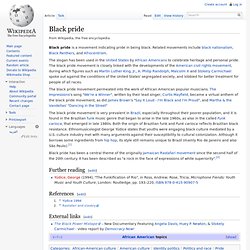 Related movements include black nationalism, Black Panthers, and Afrocentrism. The black pride movement is very prevalent in Brazil, especially throughout their poorer population, and it is found in the Brazilian funk music genre that began to arise in the late 1960s, as also in the called Funk carioca, that emerged in late 1980s. Both the origin of Brazilian funk and Funk carioca reflects Brazilian black resistance.

Ethnomusicologist George Yúdice states that youths were engaging black culture mediated by a U.S. culture industry met with many arguments against their susceptibility to cultural colonization. Trayvon Martin et ses soeurs. Another Man In Florida ‘Stood His Ground’, Chasing and Killing Youth In Hoodie. Another potential “Stand Your Ground” shooting recently occurred in Florida. 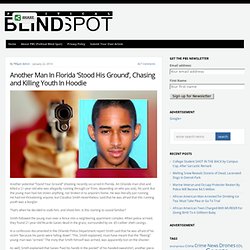 An Orlando man shot and killed a 21-year-old who was allegedly running through (or from, depending on who you ask), his yard. But the young man had not stolen anything, nor broken in to anyone’s home. He was literally just running. “We called for help and they killed our son”: Out-of-control police overreach meets extreme secrecy. On January 4 in Boiling Spring Lakes, North Carolina, Mark Wilsey called 911 because his stepson Keith Vidal, 18, was threatening his mother with a small screwdriver. 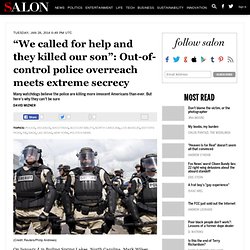 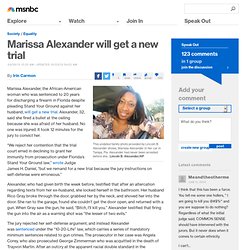 Alexander, 32, said she fired a bullet at the ceiling because she was afraid of her husband. No one was injured. It took 12 minutes for the jury to convict her. Marissa Alexander Now Faces 60 Years in Prison. Marissa Alexander, 20 years of jail for a non-lethal shot. I just signed the following petition addressed to: state of florida. ---------------- On August 1, 2010, nine days after giving birth, Marissa Alexander tried to save her own life from her violent husband. Marissa fired a single shot into the ceiling of her home. Her weapon was registered, licensed and she held a concealed weapons permit. Put Out Internalized Racism: Why Solidarity Between People of Color Matters. Back in high school, when I was volunteering at my mom’s hospital, I worked with another black teen at the nursing home for a day.

Between Black Men: Exploding Stereotypes. By Lisa Wade, PhD, Nov 28, 2012, at 11:00 am Racialicious posted a link to what looks like a fantastic project. Titled Question Bridge, it focuses our attention on what they call “arguably the most opaque and feared demographic in America”: Black men. In the film, participants look directly at the camera, creating a feeling of intimacy, and ask and answer tough questions. The trailer gives you a taste: A primary lesson the producers aim to impart is the diversity within the category in order to challenge stereotypes. By creating an identity container (e.g. The project is already getting recognition from film festivals. Femmes noires et viol. Joy DeGruy. Histoire brève des relations entres les noirs et les blancs. A Tale Of Two Hoodies - a controversial painting by artist/activist Michael D’Antuono. "Thug" VS "Misguided Kid" It's not about race. Guess the outcome of THIS trial.

New study by Prof. David Abrams and co-authors confirms racial bias in criminal sentencing. Taking a fresh approach to long-standing problem in the study of crime, a University of Pennsylvania Law School professor and colleagues at the University of Chicago and Harvard University have demonstrated conclusively for the first time that racial bias affects judicial sentencing decisions. In a new paper entitled “Do Judges Vary in their Treatment of Race?” Forthcoming in the Journal of Legal Studies, David S. Abrams, assistant professor of law, business and public policy at Penn Law, and his co-authors, Marianne Bertrand of the University of Chicago and Sendhil Mullainathan of Harvard, offer statistical proof that the answer is “yes.”

Whether racial discrimination affects criminal sentencing is a matter of contentious debate among scholars and the general public alike, in part, because it contradicts a bedrock constitutional commitment to equal protection of the law. In their study, they take advantage of the fact that the criminal justice system randomly assigns cases to judges.

Race of Death Row Inmates Executed Since 1976. Incarcération des Noirs américains : des taux records. Four Charts That Prove Obama's Right About Being Black In America. By Annie-Rose Strasser "Four Charts That Prove Obama’s Right About Being Black In America" (Creidt: Shutterstock) On Friday, President Obama gave a personal, emotional speech about the killing on Trayvon Martin, in which he spoke extensively on the broader issue of race in the United States. Obama addressed the experiences of racial profiling that are all too common for Black men. Connections with Renee Shaw. More Than a Quarter of U.S. Presidents Were Involved in Slavery, Human Trafficking. AMY GOODMAN: As the country marks Presidents’ Day today, we turn to an aspect of U.S. history often missed: the complicity of American presidents with slavery.