EDUCATION. Home. Mother Tongues. Idiomatica. Slanguage. Wrought with meaning. Living Languages. Language in Life. Lingua Franca. Bouba/kiki effect. This picture is used as a test to demonstrate that people may not attach sounds to shapes arbitrarily: American college undergraduates and Tamil speakers in India called the shape on the left "kiki" and the one on the right "bouba". 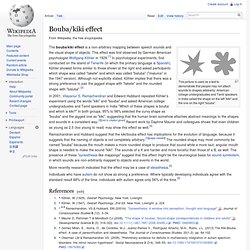 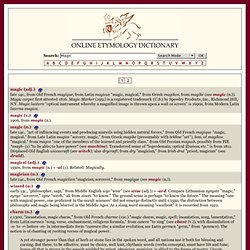 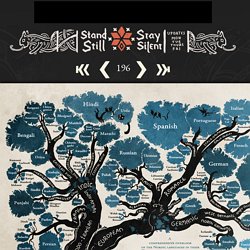 I've gathered pretty much all the data for this from ethnologue.com, which is an awesome well of information about language families. And if anyone finds some important language missing let me know! (Naturally most tiny languages didn't make it on the graph, aww. Language Family Tree. Linguistic family tree reveals the roots of Nordic languages. A survey of more than 3 million patients who’ve been under anaesthetic in the UK and Ireland has provided new insight into the traumatic experiences of those who have woken up during surgery. 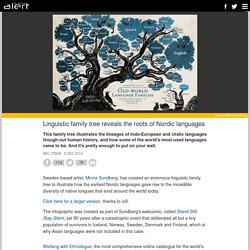 Welcome to galego.org. Translator. Translate. Translation-list-by-Lowell-J.-Moss. How to say in different languages translation. Lingro: The coolest dictionary known to hombre! BBC Languages – Free online lessons to learn and study with. 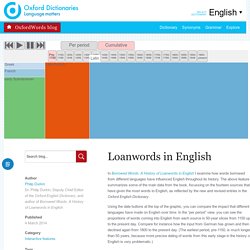 The above feature summarizes some of the main data from the book, focussing on the fourteen sources that have given the most words to English, as reflected by the new and revised entries in the Oxford English Dictionary. English words with Latin roots that don't exist in French, Italian or Spanish - Linguistics. It happened in some cases that English preserved or revived Latin words that had died out in other Romance languages. 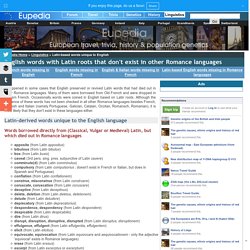 Many of them were borrowed from Old French and were dropped in modern French. Occasionally words were coined in English based on Latin roots. Although the existence of these words has not been checked in all other Romance languages besides French, Spanish and Italian (namely Portuguese, Galician, Catalan, Occitan, Romansch, Romanian), it is most likely that they don't exist in these languages either. Indogermanisch. Indo-European - About Indo-European language revival. The Dnghu ('Language') Association is an international, non-profit organization located in Europe, whose main mission is to promote the Indo-European language and culture.

Its primary concerns today are: The development the Modern Indo-European grammatical system, to bring the reconstructed Proto-Indo-European language to its full potential as a living language.Teaching it as a second language for all European citizens.The adoption of Modern Indo-European by the European Union as its main official language The use of Indo-European (its three main dialects) as the main international auxiliary language, to reduce present-day communication and cultural barriers.

Sanskrit Dictionary for Spoken Sanskrit. Learn Sanskrit Online. Sanskrit Pronunciation Guide. Abarim Publications - Patterns in the Bible. — Everything you know about it is wrong — Welcome to Abarim Publications The name Abarim belongs to a mountain or mountain range in Moab from which Moses viewed the Promised Land from afar (Numbers 27:12). 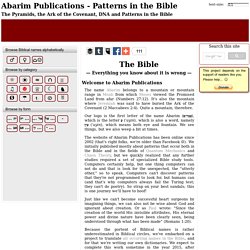 It's also the mountain where Jeremiah was said to have buried the Ark of the Covenant (2 Maccabees 2:4). Quite a mountain, therefore. Our logo is the first letter of the name Abarim (עברים), which is the letter ע ('ayin), which is also a word, namely עין ('ayin), which means both eye and fountain. The website of Abarim Publications has been online since 2002 (that's right folks, we're older than Facebook ☺). 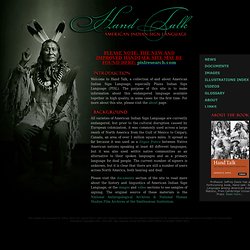 The purpose of this site is to make information about this endangered language available together in high quality, in some cases for the first time. For more about this site, please visit the about page. All varieties of American Indian Sign Language are currently endangered, but prior to the cultural disruption caused by European colonization, it was commonly used across a large swath of North America from the Gulf of Mexico to Calgary, Canada, an area of over 1 million square miles.

The Society for the Prevention of Cruelty to Vowels. So, in case you’ve not noticed, this site isn’t meant to be taken entirely seriously. 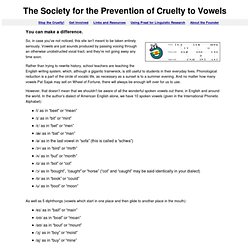 Vowels are just sounds produced by passing voicing through an otherwise unobstructed vocal tract, and they’re not going away any time soon. Rather than trying to rewrite history, school teachers are teaching the English writing system, which, although a gigantic trainwreck, is still useful to students in their everyday lives. Phonological reduction is a part of the circle of vocalic life, as necessary as a sunset is to a summer evening.

And no matter how many vowels Pat Sajak may sell on Wheel of Fortune, there will always be enough left over for us to use. However, that doesn’t mean that we shouldn’t be aware of all the wonderful spoken vowels out there, in English and around the world. The Society for the Prevention of Cruelty to Vowels. Categories - Notes from a Linguistic Mystic. About this site - Notes from a Linguistic Mystic. This site exists both as a place for me to post the things that intrigue me and make me think, but also as a place for you to find and learn about things that might intrigue you. 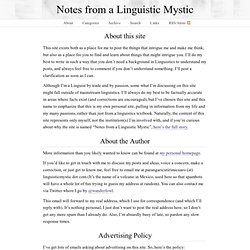 I’ll do my best to write in such a way that you don’t need a background in Linguistics to understand my posts, and always feel free to comment if you don’t understand something. I’ll post a clarification as soon as I can. Although I’m a Linguist by trade and by passion, some what I’m discussing on this site might fall outside of mainstream linguistics. Power Thesaurus Dictionary. Check Thesaurus Online for Free. Lexipedia - Where words have meaning. Constater. There are no items for this category reconna? Tre, rep? Rer, identifier, distinguer v. detect with the senses; "The fleeing convicts were picked out of the darkness by the watchful prison guards"; "I can't make out the faces in this photograph" voir v. observe as if with an eye; "The camera saw the burglary and recorded it" remarquer, observer v. observe with care or pay close attention to; "Take note of this chemical reaction" examiner, consid?

V. observe, check out, and look over carefully or inspect; "The customs agent examined the baggage"; "I must see your passport before you can enter the country" Essayer. Mot juste. WORD! Words in context activity. LEARNING. Language Learning. Curricu Rumba. Ple. Learning languages. Languages.